Britain's Foreign Secretary Dominic Raab a has traveled to the US to work towards strengthening the UK-US relations after Brexit. [Will Oliver/EPA]

The top US and British diplomats said Wednesday (7 August) they were prepared to move “as soon as possible” on a trade deal after Britain’s planned withdrawal from the European Union on 31 October.

Raab said after meeting US Secretary of State Mike Pompeo the two sides agreed on the need for quick negotiations on a two-way deal after Brexit strands Britain outside the US-EU trade pact.

“America is our single largest bilateral trading partner. President Trump has made clear again that he wants an ambitious free trade agreement with the UK, so I hope that we can make that happen as soon as possible after we leave the EU on 31 October,” Raab told reporters.

Standing at Raab’s side, Pompeo said Washington supports London’s “sovereign choice” in withdrawing from the European Union, whatever happens.

“However Brexit ultimately shakes out, we’ll be on the doorstep hand-in-hand, ready to sign a new free trade agreement at the earliest possible time,” Pompeo said. 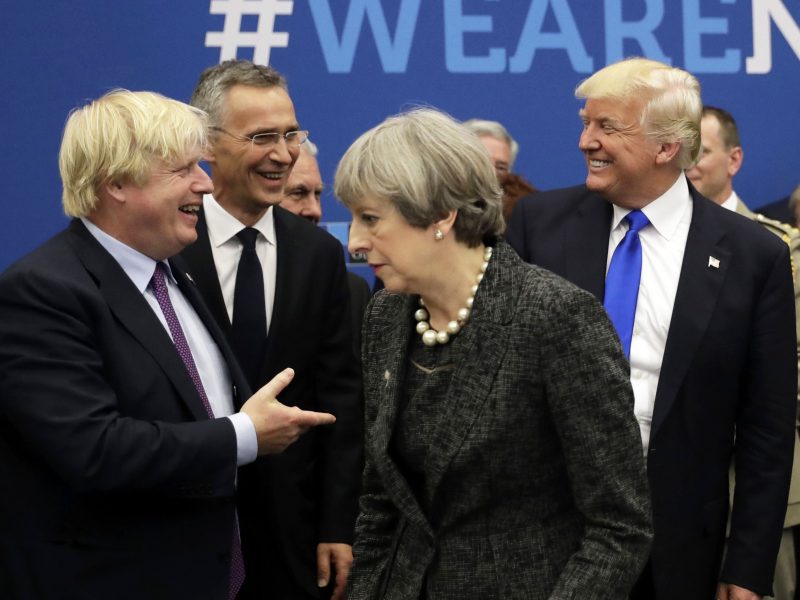 British ministers in US to 'fast-track' post-Brexit trade deal

Britain was seeking to fast-track a crucial post-Brexit trade deal with the United States on Wednesday (7 August) after new Prime Minister Boris Johnson dispatched his top diplomat and foreign trade minister to Washington.

Raab repeated Prime Minister Boris Johnson’s determination to leave the EU at the end of October whether or not the two sides set a new agreement governing post-Brexit relations.

Since Johnson took office on 24 July promising to change the previously negotiated terms of the looming divorce, EU officials have refused to reopen talks.

“This government, this cabinet is absolutely resolved, determined to leave the EU by the end of October,” Raab said.

“There’s a deal to be done. The PM has expressed that to our European partners,” he added.

“But I think if the EU’s position is that there can be no change to the withdrawal agreement, then that would be a choice that they’ve made, and that makes it very difficult to see how we can move a negotiation forward.” 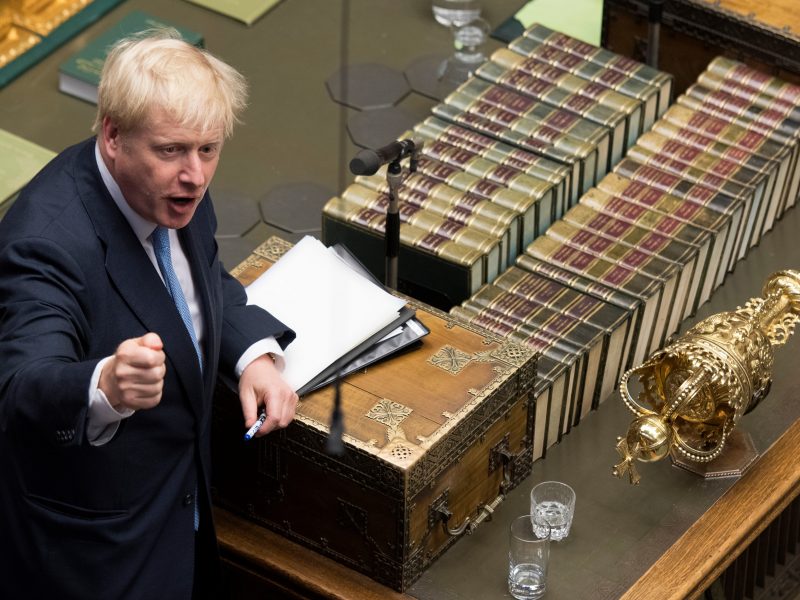 With a no-deal Brexit appearing more likely that could wreak havoc on British commerce, Johnson dispatched his top diplomat and foreign trade minister to Washington to lay the groundwork for bilateral trade pact to minimize the predicted turmoil.

Last year, the two countries exchanged $262 billion in goods and services, governed by the US trade agreement with the European Union.

Top US exports are financial services and aircraft while British exports include autos and tourism.

No fan of the EU and a vocal supporter of Johnson, President Donald Trump has encouraged Brexit, claiming that bilateral trade after the split could be “three to four, five times” bigger than it is now.

Raab met Trump and Vice President Mike Pence late Tuesday (6 July) at the outset of a three-day tour which will also take him to Mexico and Canada.

“We appreciate the president’s warmth and enthusiasm for the UK-US relationship,” Raab said in a statement after their White House meeting.

“The UK looks forward to working with our American friends to reach a free trade deal that is good for both countries, and cooperating on the common security challenges we face.”

“The US is our biggest trading partner and we have more than $1 trillion invested in each other’s economies. We want to get formal talks moving quickly,” she said.

“Having already laid the groundwork, we are fast-tracking this deal so that businesses are able to take advantage of the golden opportunity to increase trade with the US as soon as possible,” she added.

Britain’s beer industry is in limbo, waiting to see what is in the pipeline for brewers, pubs and drinkers after Brexit – but the glass is by no means half-empty.