Commissioners urge for unity in closed-door discussion with top CEOs 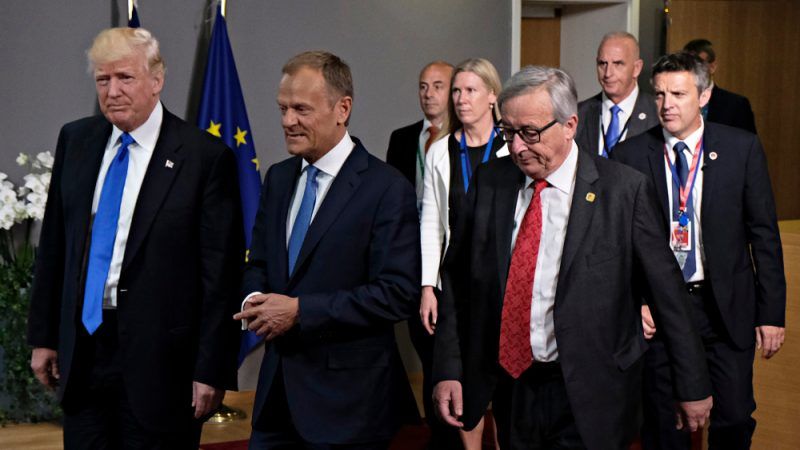 Source: "“The Commission officials left a general feeling the US does not want the EU united." [Shutterstock]

Europeans must remain united ahead of the most crucial EU elections in history, high-ranking officials told top CEOs in a closed-door meeting held in Brussels last week, EURACTIV.com has learnt.

EURACTIV contacted both BusinessEurope and the EU executive to find out what was discussed at the meeting.

Both acknowledged that the meeting had taken place. BusinessEurope said the objective was to have a platform of exchanges between the CEOs and leaders of the European Commission on topical matters for business.

This year’s event was hosted by Commission Vice-President Jyrki Katainen and business leaders discussed topics such as the industrial policy to support growth and job creation and how to capture the megatrends of digitalisation and circular economy.

The group also met Günther Oettinger to discuss the post-2020 Multiannual Financial Framework (MFF) and debated with Commissioner Cecilia Malmström the EU’s relations with the United States and China, as well as recent developments around the World Trade Organisation (WTO) and free trade agreements (FTAs).

However, a source who spoke to EURACTIV on condition of anonymity said the Commissioners were paying special attention to the next EU elections in May, amid rising populism.

Particularly, one Commissioner said: “These elections are the most crucial ones in the EU’s history […] more important than every national election”.

Referring to the same topic, another Commissioner insisted that now is the time for pro-EU forces to remain united, according to the source.

Malmström reportedly said Brussels was trying to improve its relations with Washington “but we don’t see the daylight”.

“The Commission officials left a general feeling that the US does not want the EU united,” the same source said.

US building a new world order

In the meantime, US secretary of state Mike Pompeo held a speech in Brussels on Tuesday (4 December), saying that the Trump administration was building a new world order upheld by American leadership and democracy.

He said the US did not “abandon” its friends in the international system and lashed out against Iran and China.

China’s economic development did not lead to an embrace of democracy and regional stability; it led to more political repression and regional provocations.

On Iran, he said it didn’t join the community of nations after the nuclear deal was inked.

“It spread its newfound riches to terrorists and to dictators,” he said, adding that Tehran holds multiple American hostages, and Bob Levinson has been missing there for 11 years.

But the American official also criticised the EU partners, saying that they sometimes wrongfully perceive the US actions.

“Even our European friends sometimes say we’re not acting in the free world’s interest. This is just plain wrong,” Pompeo emphasised.