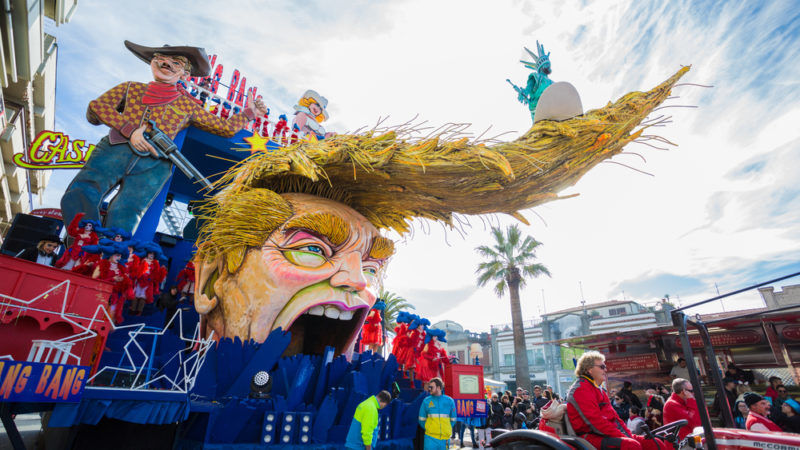 US President Donald Trump’s economic adviser, Peter Navarro, called the imbalance a “serious issue” on Monday (6 March) and said it is one of the most difficult problems facing the new administration.

“I think that it would be useful to have candid discussions with Germany about ways that we could possibly get that deficit reduced outside the boundaries and restrictions that they claim that they are under,” Navarro said.

Germany has pointed out that responsibility for trade policy lies in Brussels and that Berlin also does not control monetary policy, which is set by the independent European Central Bank (ECB).

"One of…Trump's top trade advisers" is wholly ignorant of the basics of EU trade and monetary policy https://t.co/wMKYPguxRT

German Chancellor Angela Merkel will visit Washington later this month and will have the chance to address Navarro’s concerns about trade relations between the two countries.

Trump’s adviser has rocked the boat lately after he accused Germany of exploiting the weakness of the euro to give it an unfair advantage in trade, to the detriment of its own EU partners.

US criticism has also been unleashed on China and its monetary policy. Trump has long accused the Asian economic powerhouse of keeping the yuan artificially low in order to gain an export advantage. Last month, the US president called China the “grand champions” of currency manipulation, in an interview with Reuters.

Navarro is awaiting a report from the US Treasury, due in April, on the possible consequences and impacts. The report should say whether or not China really is guilty or not of manipulation. Regardless, Navarro has said that the yuan’s value should rise and the dollar should fall so that trade equalises.

He claims that the currency is undervalued and is a result of China’s aggressive policies. A weak yuan makes its easier for China to sell its wares abroad.

China and Germany have two of the highest trade surpluses with the US.

Europe’s military abilities are useless if there’s no political will to use them in the face of danger, Civic Platform MEP Jacek Saryusz-Wolski told Euractiv Poland.