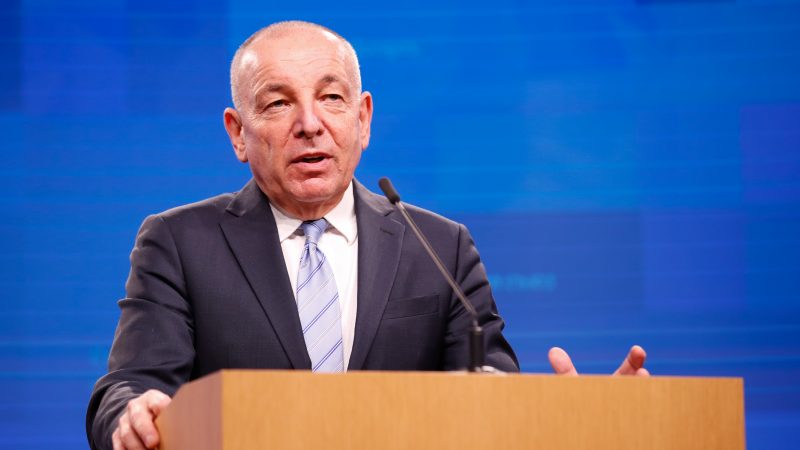 European Union finance ministers agreed on Tuesday (7 December) to change EU rules so that they can cut the Value Added Tax (VAT) on goods and services linked to fighting climate change, health protection and the transition towards a more digital economy.

At the same time, they agreed to phase out by 2030 some of the existing lower VAT rates on fossil fuels or other goods that add to greenhouse gas emissions, to help the 27-nation bloc reach its target of not emitting any CO2, in net terms, by 2050.

“This file has been discussed in the Council for a long while, and I’m glad that we have found a way to bring it to conclusion”, said Andrej Šircelj, the Slovenian minister of finance who chaired the negotiation in the Council of EU finance ministers. Slovenia holds the rotating EU Council presidency until the end of December.

The current European VAT rules date from nearly 30 years ago. The Commission proposed to reform them in 2018.

EU Commissioner for the economy, Paolo Gentiloni, welcomed the unanimous agreement by member state finance ministers, calling it “the result of marathon negotiations”.

Tax rules are usually slow to advance through EU institutions as EU legislation in tax matters requires the unanimous agreement by all EU member states, making every government a potential veto player.

The EU’s standard minimum VAT rate on all goods and services stays at 15%, except for a list of exemptions where the reduced VAT rate must be at least 5%.

Actual tax rates applied vary between EU countries and between products. The European VAT landscape is a patchwork because some member states were given exemptions upon their accession to the EU.

The agreement of the finance ministers does not abolish this patchwork entirely. Member states can still keep their special VAT rates as long as they do not jeopardise the goals of the European Green Deal. However, a new ‘equal treatment’ clause makes these exemptions available to all member states.

The ministers also agreed that reduced VAT rates and exemptions for chemical fertilisers and chemical pesticides would remain in place until January 1, 2032, to give small-scale farmers more time to adapt.

The deal will allow governments to apply lower VAT rates on products and services that should make the economy more fit for the digital age, like internet access and live streaming of cultural and sports events.

Wary of the experience of the COVID-19 pandemic, the ministers agreed to add to the list of goods enjoying lower VAT rates health protective equipment like face masks and other medical gear and items considered essential for the disabled.

The lower rates will become possible once the European Parliament is consulted on the agreement, which could take until March 2022.