The election of McGuinness, a member of the centre-right EPP group and currently first vice-president of the European Parliament, will help to progress toward the gender parity in the college of Commissioners, as it will now have 13 female members and 14 male colleagues, an important issue for von der Leyen.

Ireland had also proposed Andrew McDowell, a former European Investment Bank vice-president,  to replace Hogan, who was forced to leave the trade portfolio in August after he skipped the coronavirus restrictions of his country to attend a dinner.

Von der Leyen praised the “experience” of both candidates on EU matters from different perspectives.

But the Commission chief finally picked McGuinness, adding that she has “great qualifications and my full trust for this post”.

McGuinness will take over the financial services portfolio in a crucial moment for the EU. The Commission will put forward this autumn long-awaited rules on cryptocurrencies, a Digital Finance Strategy, and a proposal to integrate the payment services sector in Europe, among other initiatives.

McGuinness will be also responsible for leading a renewed crusade to complete the EU’s capital markets union. 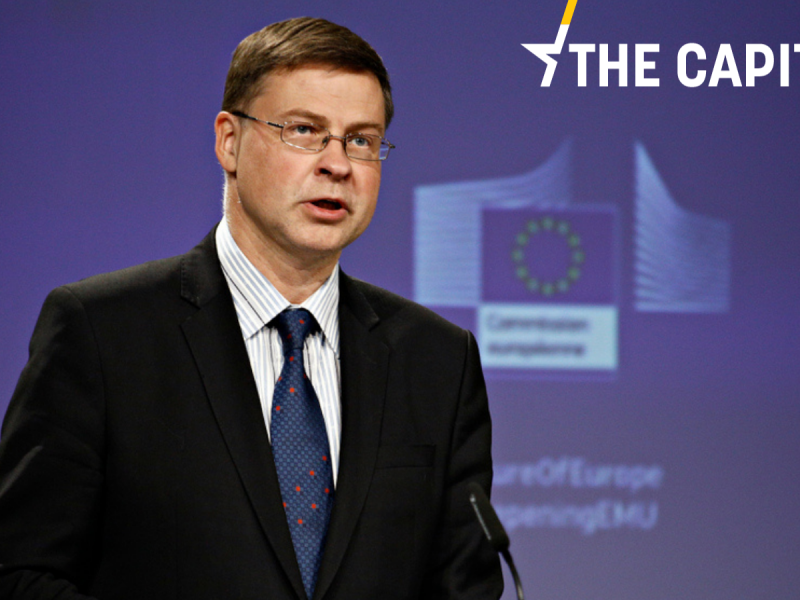 In today’s edition of the Capitals, find out more about the leaders of Serbia and Kosovo signing an agreement in the White House to normalise econmic relations, a quarter of Austria’s population has a so-called “migration background”, and so much more.

Dombrovskis will add the trade dossier to his vast realm of issues. In addition, von der Leyen said that he will be the Commission representative at the Eurogroup meeting, together with the Commissioner for economy, Paolo Gentiloni.

As a result, the EPP will retain the powerful trade dossier, as the biggest political family had pushed for.

The European Parliament will now organise hearings with McGuinness and Dombrovskis before the MEPs give their blessing to take over their portfolios.