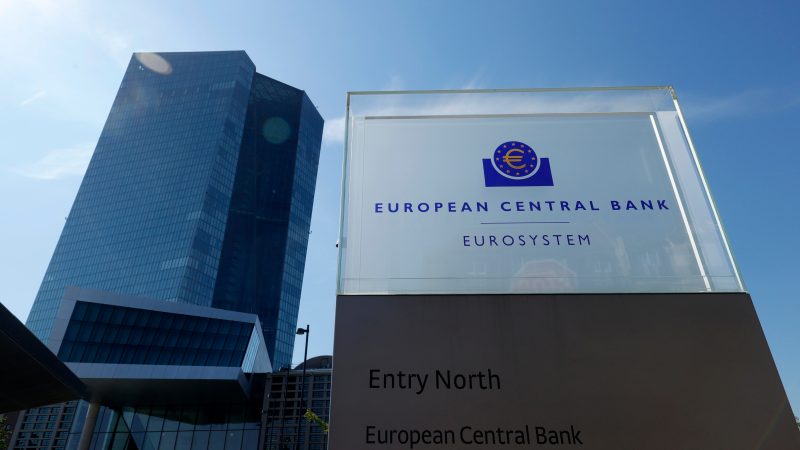 As fears over inflation intensify, analysts caution that as long as energy costs and supply chain issues are the drivers of inflation, the European Central Bank cannot do much more than to communicate to keep it in check.

In October 2021, annual inflation reached 4.1%, and in November 2021, this number is expected to rise to 4.9%, according to Eurostat. However, the European Central Bank (ECB) are not overly concerned, a member of the board of governors Isabel Schnabel explained in a speech in November.

“At our last Governing Council meeting, we concluded that, in spite of significant uncertainty, there is still good reason to believe that euro-area inflation will decline visibly over next year and gradually fall back below our target of two per cent in the medium term”, Schnabel said.

Even though the ECB argues that annual inflation will drop significantly in 2022, concerns are being voiced more loudly than at any point in recent years.

For example, Germany’s new finance minister Christian Lindner argued that due to inflationary pressure, there was no room for tax increases or additional pubic debt. 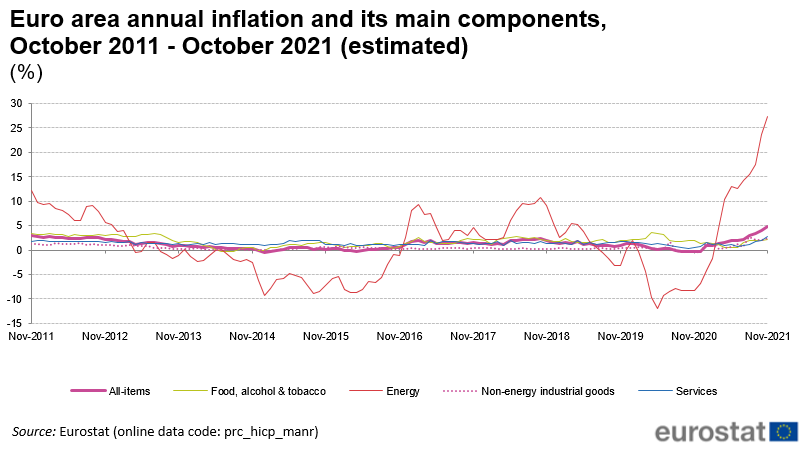 Financial economist Florian Kern of the German think tank Dezernat Zukunft explains that part of the increase in inflation can be explained with so-called base effects.

“Prices went down last year. For example, package holiday prices went down because people weren’t able to go on holidays. And since we measure inflation as the year-on-year price change to the same month in the previous year, low prices last year imply quite a high inflation rate this year even if prices just normalise”, he told EURACTIV.

Moreover, Kern stressed that “inflation in Europe is mainly a supply-side story”. This means that the reasons for the price increases do not lie in unsustainably high consumer demand but in supply shortages caused by supply chain disruptions, COVID-related factory closures, and the fact that Russia significantly decreased its gas supply to Europe.

Usually, central banks are regarded as the masters of price levels. In a meeting of the EU parliament’s economics committee with ECB president Christine Lagarde, for example, the Dutch lawmaker Michiel Hoogeven blamed rising house prices in the Netherlands on the ECB’s monetary policy.

But as long as supply-side factors push inflation, Kern argued, “the ECB cannot do anything against the price increases”.

“If you want to help people affected by the price increases, then you have to use redistributive policies. Governments and parliaments are the relevant actors here, not central banks.” 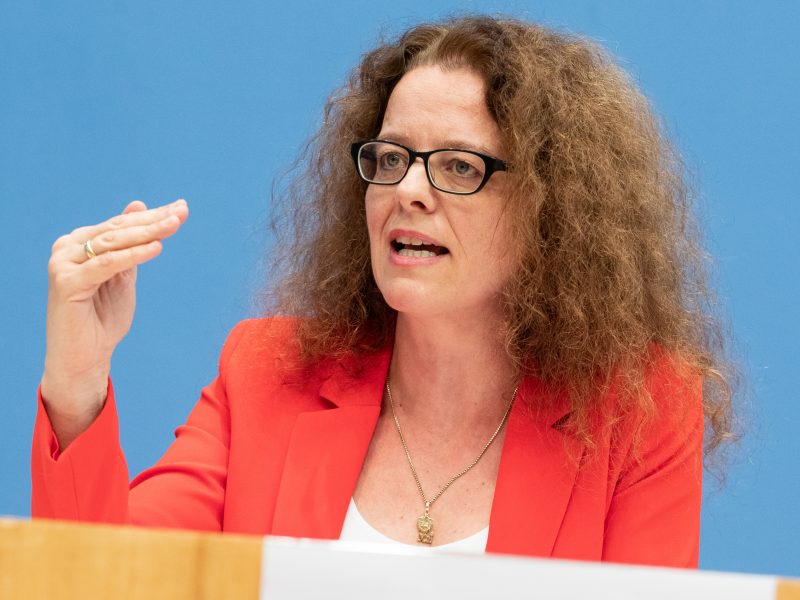 Bank's policy may lead to inequality, says ECB board member

In a shift away from European Central Bank orthodoxy, a senior bank executive  has argued that even though the ECB’s monetary policy led to a decrease in labour income inequality, its asset purchase programs would lead to wealth inequality.

According to Kern, the ECB would only have to adjust its policy if wages began to be automatically adjusted to inflation. This would cause a wage-price spiral, where companies have to increase prices due to higher labour costs, and salaries would then have to be increased to ensure the employees’ purchasing power, which would then again increase labour costs.

However, according to Kern, there are no signs of a wage-price spiral in Europe.

“If you don’t think that there is a wage-price spiral looming, then you shouldn’t increase interest rates. It would just kill prosperity”, Kern said.

Professor of economics Ruediger Bachmann agreed that a wage-price spiral is not looming in Europe at the moment.

However, he warned of the expectation component in inflation.

“Longer-run inflation expectations in Europe have risen compared to before. If people expect inflation, this can become a self-fulfilling prophecy”, Bachmann told EURACTIV.

Nevertheless, he agreed that the ECB was doing many things right at the moment.

“I agree that inflation looks temporary, but I miss a second part in the ECB’s communication. What I would like to hear from the ECB is that ‘if ever this gets out of control, we will step in. We have no qualms to do what it takes’”, he pointed out.

“As long as people think that the ECB is doing its job, it’s going to work out.”

Should Lagarde be more cruel?

“You want to install people that are almost so cruel that they will even allow recessions and increased unemployment to happen in order to stop inflation”, he said, claiming that the more credible this threat was, the less a central bank would have to use it.

Kern, however, argued that central banks did not need to be feared but understood. Moreover, he saw no signs that inflation expectations were out of control.

“Market-implicit inflation expectations are just below 2% in the medium term”, he said, arguing there was no sign that the markets did not trust the ECB to step in if inflation got out of control.