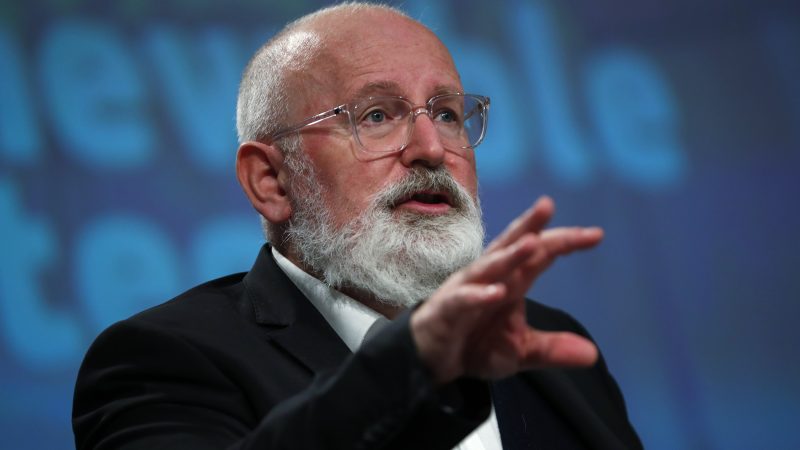 The economic and investment plan for the Western Balkans also contains financial support for achieving Green Agenda goals in the region, worth €9 billion in grants.

The workers’ groups of the European Economic and Social Committee have seized upon the term “just transition” in a bid to insert their aims for workers’ co-determination into the Commission’s flagship policy, the European Green Deal.

Various regions and industries related to fossil fuels will be strongly impacted by the EU’s phase-out of coal and gas in the years ahead. To soften the blow of the green transition, European Commission officials are working to ensure a “just transition.”

As Timmermans was speaking at the plenary session on the Fit for 55 package, the EESC focussed on its own-initiative opinion ‘No Green Deal without a Social Deal’.

According to the workers’ groups, democracy needs to be extended into the workplace in order to keep with the democratic values enshrined in the EU treaties.

Despite sustained lobbying efforts by workers’ groups, such as the 2020 EESC report on the EU legal framework on workers’ co-determination, the Commission as a whole has been somewhat ambivalent towards the signals sent.

The efforts of the workers’ groups appeared to have been recognised in the March 2021 European Commission’s European Pillar of Social Rights Action Plan, which talks about the need to “promote the participation of workers at company level.”

Yet the Commission limited it to the aim of “fostering workplace innovation,” significantly weakening the value of the statement to workers’ groups.

The plan furthermore calls for “information and consultation of workers during restructuring processes as required by EU rules”.

The Just Transition Fund (JTF) to help finance the green transition is also unlikely to contribute to workers’ co-determination efforts.

JTF discussion conclusions have focused around unions and stakeholders, leaving little room for intra-company workers’ co-determination, according to a source.

The workers’ groups appear to have the European Parliament’s social democrat fraction S&D on their side. A draft report on democracy at work on 11 June by S&D MEP Gabriele Bischoff echoes many claims made by workers’ groups.

One shared key demand is the closing of the societas europaea (SE) loophole, which sees companies transform into an SE in order to skirt national rules on workers’ co-determination shortly before certain employee numbers are reached.

The draft report has to make it through the EU Parliament’s committee on employment and social affairs first, and then be approved in plenary.