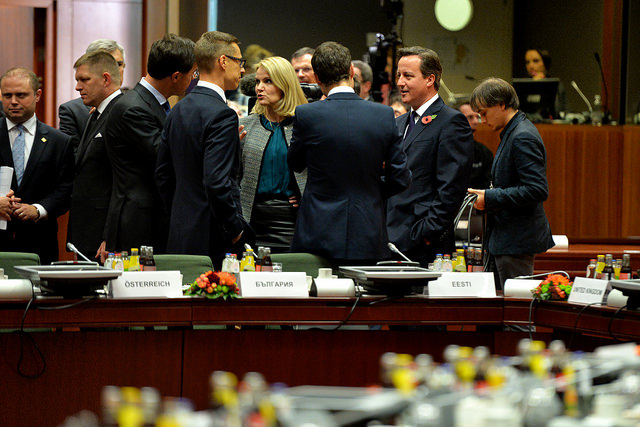 EU leaders are meeting in Brussels on 12 February. [Number 10/Flickr]

EU heads of state held an informal meeting in Brussels on 12 February. Ukraine, the Greek debt crisis, the euro, and terrorism topped the summit’s agenda.

The strengthening of the Economic and Monetary Union and the fight against terrorism in the wake of the Paris attacks, was discussed during the meeting.

This was the first Council meeting of the newly-elected Greek Prime Minister, Alexis Tsipras.

EURACTIV reported live from the summit. The live coverage can be found below.

European Council meetings are summits where EU heads of state or governments meet to decide on broad political priorities and major initiatives.

Such meetings are typically held four times a year ,and chaired by a permanent president, which is currently Donald Tusk. The EU leaders normally set the EU's general political direction and priorities. However, the EU summit has no powers to pass laws, and any decisions are taken, in general, by consensus.