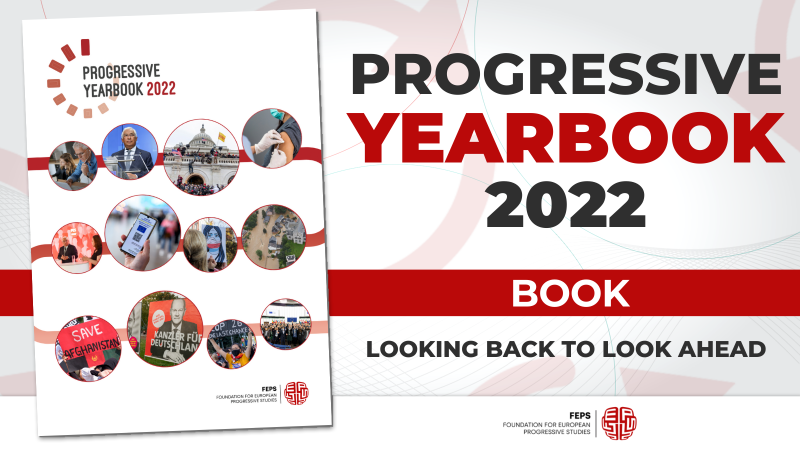 László Andor is the Secretary General of the Foundation for European Progressive Studies (FEPS) and former EU Commissioner for Employment, Social Affairs and Inclusion.

The Covid-19 pandemic caught Europe when the reconstruction needed after the previous great crisis was not yet complete. However, in the pandemic circumstances, some necessary decisions at the EU level were made much faster than ten years earlier. It became quickly understood that the EU requires a higher level of solidarity. Under the Covid-19 emergency, the EU had to roll out policies not contemplated at the time of the 2019 EP elections or the EC inauguration. The European instrument for temporary Support to mitigate Unemployment Risks in an Emergency (SURE, to save jobs through short-time work arrangements), and in particular the NextGenerationEU financial instrument, brought the bloc to a new level of integration, concerning fiscal integration as well as policy coordination –even if the transience  of these measures was often stressed.

The EU itself has been on a learning curve. One year ago, the EU coordination of vaccine procurement did not seem to work well. However, by the summer of 2021, many in Europe were impressed by the remarkable progress with vaccination, thanks to EU engagement. The dynamic roll out allowed for school openings as well as the organisation of major sporting events. Emboldened by progress with the vaccine rollout, we were preparing for gradually lifting the lockdown in the autumn of 2021 when  a fourth wave of the pandemic brought back the brutality of the new coronavirus. Again,governments had to impose serious restrictive measures.

In 2021, the public opinion about the health crisis response started to polarise. In some countries, governments started to float (or even implement) mandatory vaccination, sometimes starting with specific professions (health care or education for example). At the same time, in all countries, larger or smaller anti-vaccination movements emerged. The debates on mandatory vaccination remained heated, revolving around the concept of individual freedom and other factors.

Today, policy making at the EU level remains overshadowed by the fight against the pandemic. But this is not the only complication. The bloc continues to struggle with serious deviations in the field of democracy and the rule of law. Strategic Autonomy remains an elusive concept And the discussion on the need for new fiscal rules often start and end with beating around the bush. The preparations for a post-covid economic framework are behind schedule. Deepening the economic and monetary union (EMU) appeared among the original goals of the EC under Ursula von der Leyen, in the chapter on the ‘economy that works for people’. While macroeconomists in Europe have been doing their homework to prepare for a substantial reform, EU institutions have remained in the warm-up phase.

In view of the election calendar and the normal life cycle of the European Commission, the current phase is a kind of last call to boost the legislative agenda and negotiate a successful outcome for proposals already on the table. However, while citizens express their expectations at the Conference on the Future of Europe (CoFoE), national governments are slow to clarify their positions regarding EU affairs, concerning the short-term recovery measures but also the questions of longer-term reconstruction.

The question was asked whether the EU recovery fund will be continued after the Covid-19 crisis, but we are not even close to a formal decision yet. That the NextGenerationEU  tool could be a ‘precedent’ became a commonplace. But the crucial battle on its future (that is if it will become a permanent instrument) still seems distant. Similarly, how the debt created by NextGenerationEU will be repaid in the future also remained an open question. This heralds difficult negotiations in the future.

In 2022, the window of opportunity is still open to quickly identify which aspects of the EU would need rapid reinforcement, and what are the less urgent matters that can be left for the next Parliament and Commission to deal with. Should these urgencies match with priorities defined by the CoFoE participants, a new level of EU architecture would suddenly become possible before our eyes.

The year behind us brought important changes in European politics which might as well amount to a new trend. The first half of 2022 brought a strong social season in EU institutions (delivering the Action Plan for the – European Pillar of Social Rights), while critical electoral results came in the second half of the year. On the waves of a Social Democratic revival, Olaf Scholz of the SPD became Chancellor of Germany at the head of a so-called traffic light coalition which took a clear stance for a more federal EU.

But Norwegian and German election results are not the only good news for European Social Democrats. Municipal elections in Italy gave evidence of the strengthening of the centre-left too. And following the change of the leadership in the Swedish Social Democratic Party (SAP) we are in the extraordinary situation that all the countries of Northern Europe are led by Social Democrats, with three of the four Prime Ministers being women.

It remains, of course, difficult to predict what kind of window of opportunity opens up for bringing forward a meaningful reform of the EU, and when exactly. In 2022, the elections in France will be decisive. With president Emmanuel Macron’s re-election in the balance, this might affect the effectiveness of the French presidency of the Council. Nevertheless, with the new German government, a convergence of French and German policies on EU affairs seems possible again. Of course, Paris and Berlin agreeing on something does not necessarily mean that the issue is settled, but it greatly enhances the chance for a decision to be taken soon, not only in accordance with the views of France and Germany, but also with those of their respective constituencies in Europe.

The Progressive Yearbook 2022 published by the Foundation for European Progressive Studies (FEPS), presents studies on the key policy issues of the past year, including the social season ending with the Porto summit, the unfolding of the long awaited Conference on the Future of Europe, and the rule of law conundrum (an albatross around the neck of the EU leadership). It discusses the fallout from the Western alliance’s withdrawal from Afghanistan, and presents country case studies on Hungary and Bulgaria.

Just like in the past, the Progressive Yearbook 2022 starts with a chronology and ends with predictions about the upcoming year (covering EU-UK relations, implementation of the Green Deal, developments in the Western Balkans as well as upcoming elections in Latin America).

Europe’s fight for health and unity is not over, and the road to shared prosperity in the shadow of rising inflation might turn out more difficult to achieve than many would have thought just a year ago. All this suggests that our coordinated policies should not simply aim at a recovery but a progressive reconstruction. The Progressive Yearbook aims at helping this process with analysis and ideas.