Unless EU acts now, coronavirus and US subsidies will kill SME rum industry 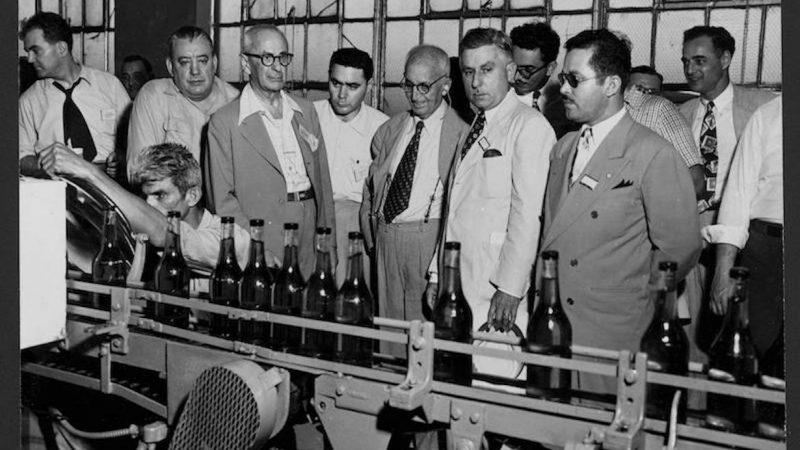 Coronavirus is having a devastating impact on small and medium-sized enterprises (SMEs) but multinationals will likely come out of this crisis stronger than ever before.

Why? Because of the dual impact of tax avoidance schemes and hundreds of millions of dollars of subsidies.

These arrangements are usually unknown to the taxpayer footing the bill despite SMEs being destroyed en masse as a result.

In Europe, SMEs account for the vast majority of all businesses and employ over 70 per cent of the workforce. However, they pay more tax as a percentage of profit and consequently have lower profit margins. This disproportionate economic burden is critically amplified when crises hit.

For small European rum producers or distributors, such as ourselves, the situation is made far worse when considering that our competitors – namely, global spirits giants Bacardi and Diageo – will most likely navigate these choppy waters to emerge in a stronger position than before as a consequence of these special arrangements denied to the SME.

Since 2008, special tax arrangements have incentivised Bacardi and Diageo to produce rum at an industrial scale in Puerto Rico and the U.S. Virgin Islands at zero cost, allowing both to dominate the EU export market and muscle SMEs aside as well as resulting in the shift of hundreds of millions of dollars in public money to these companies.

Under the scheme, the U.S. Government remits almost all federal excise taxes paid on rum from Puerto Rico and the U.S. Virgin Islands back to their governments. They also receive close to 100 per cent of all revenue on foreign imports of rum, the share being calculated based on how much rum each territory produces.

Combined, this amounts to a vast subsidy resulting in open competition between the islands as they aim to out-produce each other and receive a greater share.

In 2008, Puerto Rico amended its internal revenue code to redirect 40% of its rebate straight to Bacardi. The U.S. Virgin Islands did the same for Diageo, providing tax breaks and other market support measures worth $2.7 billion to its Captain Morgan site including $165 million for a new distillery.

Bacardi was granted $120 million for upgrading its facilities. None found their way to SMEs.

The subsidy has gone from providing crucial funding for local infrastructure and employment to increasing production, marketing and advertising campaigns instead – tax-free – and reducing the cost of rum production to zero.

As a consequence, U.S. rum exports to the EU have surged dramatically by over 5,000%, averaging $250 million per year. The lion’s share of these exports have come from Puerto Rico, the main beneficiary of the U.S. taxpayer’s largesse being Bacardi.

In the same period, the U.S. has consolidated itself as the number one exporter of rum to the EU. Regional competitors from the Caribbean have been wiped out, or face declining share, including historic rhum agricole from the French territories of Martinique and Guadeloupe.

In 2012 the Advisory Centre on WTO law found that the U.S. rum incentives “cause adverse effects in the form of serious prejudice to the interests of WTO members”. Countries have threatened to bring a case to the WTO but are yet to do so amid threats from Bacardi and Diageo to pull their investments.

The European Commission, too, has done nothing despite the obvious threat to EU industry and its SMEs.

The issue is put into sharp perspective during times of economic crisis.

Whether in the 2008 financial crisis or Coronavirus today, the European Commission has treated SMEs as acceptable collateral damage whilst providing massive subsidies, tax breaks and bailouts to multinationals putting SMEs out of business. This is simply wrong.

For the EU, which has never truly recovered from the last crisis, policymakers must seriously consider whether SMEs, and indeed consumers, are willing to forgive and foot the bill this time. The consequences for the European project hang in the balance like never before.

Wider questions must also be asked: in the current climate, is it acceptable for taxpayers and SMEs to continue to subsidise the production and marketing costs of spirits giants? If not, why is the European Commission failing to address this issue in the interests of its own SMEs?

Under the immense challenges presented by Coronavirus, the Commission must realise the urgency of the situation and act now to protect its SMEs from ruin. It must also make a full appreciation of the level of market dominance of these multinationals and the injury sustained to SMEs and taxpayers as a result of manifestly unfair tax arrangements and hidden subsidies.

In the meantime, Puerto Rico has just passed an $800 million U.S. taxpayer-funded stimulus package to cope with the economic fallout of Coronavirus. Its government is desperately short of money.

Some might say that it need not look far to find it.

Between 2010 and 2019 Bacardi received approximately $700 million from the US taxpayer, nearly half of that in the last three years. It is time for Bacardi, the largest privately-owned company in the world, headed by Facundo Bacardi, to reimburse these subsidies and publish its accounts, something it does not do despite being the recipient of so much public money.

Taking these steps now would give back a vital economic lifeline to the community of Puerto Rico and go some way to address the imbalance against the European SME.

Time will tell if the Commission rises to the challenge or continues to treat its SMEs and taxpayers as acceptable collateral damage, a price they may no longer be willing to pay.