An EU trade policy for true change on the ground 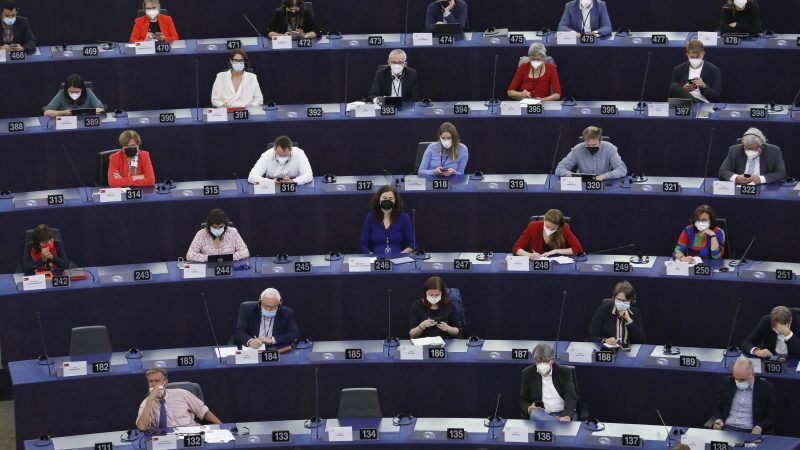 If we want EU trade policy to become truly sustainable before the end of this legislature, the Commission and the Council need to step up their game, a group of MEPs write, presenting their New Year’s resolution to contribute to global fairness.

This opinion piece is co-signed by a group of members of the European Parliament (full list at the bottom) and published exclusively by EURACTIV.

Starting with a positive note, one can say that trade policy – despite its technical nature – has never been as much in the spotlight. The COVID pandemic and the disruptions it has created in global supply chains, has further put it on the focus of –very legitimate – citizens’ concerns.

From higher awareness of the environmental impacts of some commodities to human rights (think of the Uyghurs’ situation), citizens from all over Europe have shown a high level of interest in global trade and its impact. We view this as a necessary and democratic step forward in trade discussions that should be taken into account by all EU institutions.

Despite these developments, the Commission and the Council have not put their money where their mouth is.

If we want EU trade policy to become truly sustainable before the end of this legislature, the Commission and the Council need to step up their game.

Review of the 15 point Action Plan on TSD chapters

We, as democratically elected representatives working on the topic and advocating changes for years, call for an urgent revision of mechanisms and approaches to make trade policy more coherent with the EU’s own professed agenda.

The review of the 15 point Action Plan on Trade and Sustainable Development (TSD) chapters in EU trade agreements provides for a unique opportunity in this regard. It allows the EU to rethink the link between trade and environmental issues and labour rights.

Certainly, there have been some positive developments in the last few years. The Single Entry Point, for example, now provides for a clear institutional mechanism by which complaints on TSD chapters can be made.

The proposed Carbon Border Adjustment Mechanism, under certain conditions, can also provide a legitimate tool to achieve more sustainable trade worldwide; but a lot remains to be done.

The holy trinity of sustainability: implementation, monitoring and enforcement

We need more concrete and far-reaching actions when it comes to the implementation, monitoring and enforcement of TSD chapters and trade agreements as a whole.

Concerning implementation, the EU should continue with promoting universally recognized standards and agreements such as the ILO core conventions and the Paris Agreement.

Yet, we need to go beyond ratification and make sure trading partners’ practices and legislation are being brought in line with these universal standards. Before any agreement enters into force, a clear action plan has to be negotiated to remedy existing implementation gaps.

If a trading partner faces difficulties in implementation (f.ex. when it comes to child labour in the agricultural supply chain), the enforcement toolbox must be closely aligned with EU development aid to solve the underlying causes.

In order to know whether TSD chapters are implemented, monitoring should be improved. The EU should rely much more on Domestic Advisory Groups. These civil society advisory bodies (consisting of organisations like trade unions, environmental organisations, NGOs and companies) are established for each recent trade agreement.

Being the eyes and ears on the ground they know what is truly going on in a trading partner country. Their role should be upgraded, as they themselves recently indicated. Cooperation with the ILO and environmental organisations needs to be intensified.

Third, we need to make sure our trade agreements are equipped with effective mechanisms to enforce labour and environmental standards. We need clear consequences to target the source of violation and remedy the situation.

Trade can become a powerful tool for just transition, for Europeans and the rest of the world

The EU aims to set itself as a global champion in the just transition.

Putting sustainable development at the centre of the EU’s trade policy will not only bring our trade policy in line with our own environmental and social ambitions but also pose the EU as a global actor of just transition notably to the benefit of producers and workers in partner countries.

Trade and sustainability is about more than lofty ideals or symbolic actions. It is not just about stopping goods made by forced labour at our borders. We need true change on the ground.

Signed by the following MEPs: