Britain and Europe must engage with key emerging markets 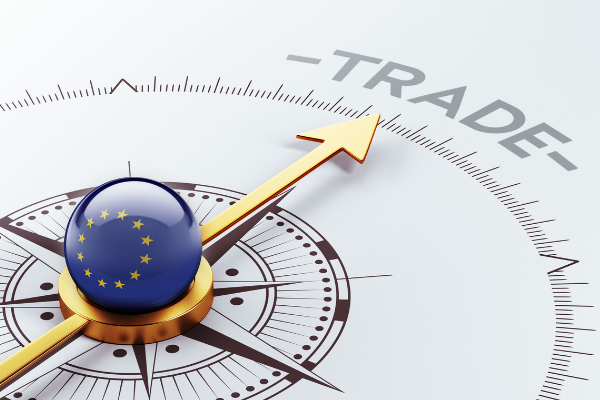 The Russian invasion of the Ukraine will destabilise world trade just recovering from the pandemic. That means that the EU and UK should pursue new economic partnerships, argues Geoffrey Van Orden.

The two years since Britain’s exit from the European Union have been marked by crises: first the coronavirus pandemic, and more recently Russia’s invasion of Ukraine. To reduce the risk of further instability in world trade, the EU and the UK should pursue new economic partnerships with emerging markets such as those in Africa, writes Geoffrey Van Orden.

Geoffrey Van Orden is a Distinguished Fellow of the Gold Institute for International Strategy. He was a member of the European Parliament, Conservative Leader and Defence and Security Spokesman.

For both the EU and the UK, the long-term impact of Brexit has yet to be fully understood. Businesses across Europe have already experienced a drop in trade in goods and services over the past two years, mainly as a result of the COVID-19 pandemic. Now, the Russian invasion of the Ukraine will be a further destabilising factor just as the effects of the pandemic are beginning to recede. With both powers withdrawing trade from Russia, it is vital that they maintain economic stability, and this means securing new economic partnerships.

Because of the nature of Brexit, the emphasis on new trade deals has been a key discussion of British politics for some time. Securing new trade deals, particularly with emerging markets where Britain has many underused advantages, was one of the UK’s core motivations for exiting the EU. Meanwhile for the EU, which post-Brexit lost 1/6th of its economic heft, there is a need to make up lost ground, as the pursuit of the aborted China trade deal shows.

The region with perhaps the most promise for both powers in this regard is Africa. The continent’s population is set to double to 2.5 billion by 2050. New value chains are developing based on energy opportunities, telecommunications platforms, and agribusiness. There is no longer as heavy reliance on extractive industries in many African economies as there once was, although their importance, particularly with the competition now for sources of rare earths crucial to production of clean energy, electric vehicles, consumer electronics, and key defence equipment, is shaping new interests.

Many countries are already pushing hard to enhance their relationships with the continent, not least China. While both the UK and EU regularly hold summits pledging greater investment, it is clear that more can be done, particularly from the British side, in meeting the continent’s growing demand for investment. In particular, more can be done to support the African economies who have shown they possess the resilience and good governance to exit the pandemic in a position of strength.

Ghana and Kenya, two Commonwealth countries, and leaders of Africa’s post-COVID economic recovery, are stand-out examples of nations with strong trade relationships the UK and the EU can build on. As current members of the 15-strong UN Security Council, both Ghana and Kenya have also demonstrated their attachment to Western norms in the last few days through their support for the draft resolution condemning Russia’s invasion of the Ukraine.

Despite the economic hit from the pandemic, Ghana, with the eighth largest African GDP, was one of the few markets in the world to grow its GDP in 2020. Since then, Ghana has seen a rapid growth in its economy, far outstripping the smooth and gradual recovery projected by economists.

When the UK was still an EU member, it was key to developing an EU-Ghana Economic Partnership Agreement (EPA) symbolising the benefits of a strategic alliance with a resilient African market. In the last 10 years, this EPA has yielded an increase of 154% in Ghana’s exports to the EU, a figure mounting to €1.7 billion in profit. A year ago, the UK signed an even more ambitious economic partnership agreement with Ghana that secures tariff-free trade and provides a platform for greater economic and cultural cooperation.

Another key African partnership for the UK and the EU is Kenya, with the sixth largest economy in Africa, and a strong rise in start-up investments and international trade. Since 2014, Kenya has been part of the EU-East African Community Economic Partnership Agreement. This allowed broader European access into the African market by promoting East Africa’s internationally-driven, regionally-diverse economic bloc. A year ago, the Kenya-UK Economic Partnership Agreement came into force, reflecting the terms of that EU agreement. It guarantees permanent duty-free, quota-free access to UK markets for Kenya from day one, and gradually improved access for UK exports over time, whilst protecting sensitive goods.

Both the UK and EU have an interest in developing new markets. It is vital therefore that both powers support each other, this means EU member countries should seek to remove unnecessary EU trade and technical barriers and other irritants in the relationship with the UK at a time of heightened insecurity for all. It is vital that both powers work better together, and also find reliable, sometimes new, economic partners to ensure they have the strength to prosper in these difficult times.