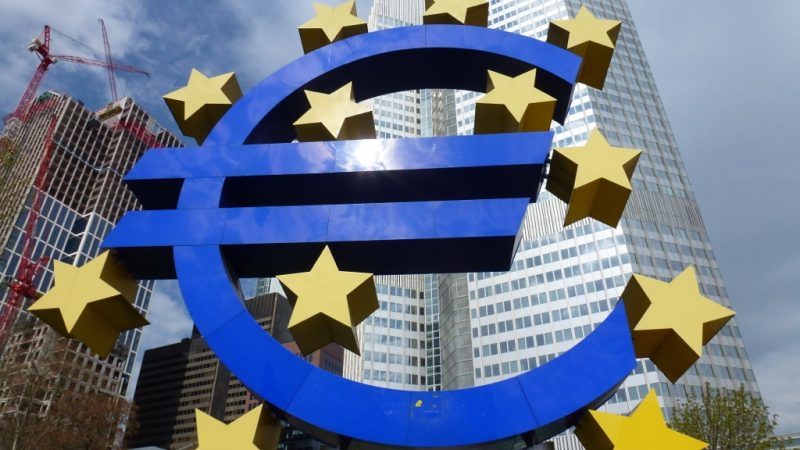 It is time for the European Central Bank to cancel a large portion of the public debt it holds, say more than a hundred economists from across Europe, including Aurore Lalucq, Nicolas Dufrêne, Jézabel Couppey-Soubeyran, and Laurence Scialom.

This opinion piece is signed by a group of 100 politicians, economists and campaigners including Thomas Piketty, Laszlo Andor and Paul Magnette.

The debate about the write-off of debts held by the European Central Bank has recently gained momentum in France, but also in Italy, Luxemburg, Belgium and in the hallways of the European institutions, up to representatives of the ECB itself, as well as finance ministries of the Eurozone.

This is a useful and healthy debate. For the first time in a while, monetary issues have come back centre stage in the public debate. Money stops being this abstract construct withdrawn from collective deliberation and entrusted to a central bank independent from political power, yet dependent on financial markets.

Citizens are discovering, some with much shock, that about 25% of the European debt is now held by their own central bank. In other words, we owe ourselves 25% of our debt and, if we are to reimburse that amount, we must find it elsewhere, either by borrowing it again to “roll the debt” instead of borrowing to invest, or by raising taxes, or by cutting spending.

There would, however, be another solution. As economists, stakeholders and concerned citizens of various countries, it is our duty to point to the fact the ECB could immediately give European nations the means of their green recovery, but also heal the severe social, cultural and economic damages undergone by our societies during the devastating covid-19 health crisis.

Our argument is not that states stood pat: protective measures were indeed implemented. However, they have remained largely insufficient. The European recovery plan, based on barely €300 billion of subsidies over three years, is far from the €2 trillion requested by the European Parliament.

Need it be reminded that before the health crisis, the European Court of Auditors already pointed to a minimum of €300 to 400 billion in additional investments every year to finance the ecological transition in Europe? This recovery plan misses the mark by a lot and even more so following the pandemic.

Yet, we do not take the cancellation of public debts – even debts held by the ECB – lightly. We are well aware that debt cancellation events are foundational moments.

It was, for example, the case at the London Conference in 1953, when Germany benefited from a two-thirds forgiveness of its public debt, allowing it to find its way back to prosperity while firmly grounding its future inside the European Union.

Fortunately, our main creditor is one that does not fear losing its money: the European Central Bank. Our solution is therefore simple: let’s make a deal between the European states and the ECB.

Let it cancel the debts that it holds (or transform them into perpetual debts with 0% interest rate) and let the European states commit the same amount to a widespread social and ecological recovery plan.

These amounts currently add up to almost €2.5 trillion, enough to finally meet the expectations of the European Parliament and, above all, to safeguard the common good.

The ECB can without a doubt afford it. As many economists already recognize, even among those who oppose this solution, a central bank can operate with negative capital without difficulty.

It can even print money to compensate for these losses: this is provided for by the Protocol 4 annexed to the Treaty on the Functioning of the European Union.

Thus, in full compliance with the law and contrary to what some heads of institutions – including the ECB – claim, cancellation is not explicitly prohibited by European treaties. On the one hand, any financial institution in the world can write off its debts, and the ECB is no exception to that rule.

On the other hand, the word “cancellation” does not appear neither in the treaty nor in the protocol on the European System of Central Banks (ESCB). It could perhaps be construed as “contrary to the spirit of the treaty”.

But was it not also the case with the now well accepted Quantitative Easing put in place by Mario Draghi? Let us not be distracted by legal fallacies: in the end, only political will matters. And history has shown countless times that petty legal issues fade away in front of robust political deals.

Ultimately, let us be clear: it is obvious that the cancellation of public debts held by the ECB, even when conditioned on massive reinvestments, should not and cannot be the be-all and end-all of all economic policy in the Eurozone.

First, the ECB would only intervene to free up fiscal leeway for governments and thus would not invest itself.

The continuous reduction in the level of average public debt in the European Union between 2015, the date of the onset of negative rates, and the onset of the health crisis, shows that, contrary to expectations, weak or even negative rates are not sufficient to push states to borrow to invest.

As a matter of fact, many states have deleveraged instead of borrowing to invest, despite negative rates. Why would this change now? The deal struck between the states and the ECB would prevent the states from evading their duties.

But this is not enough: other measures should be implemented, ranging from the reform of debt and deficit criteria to green and social welfare-oriented protectionism, from tax reforms aiming to reduce levels of inequalities and change behaviours to clear impulses in the domain of public investment banks and reforms to the state aid rules.

A new European governance, in particular through the transition to qualified majority voting in tax matters, must also be implemented.

The European Union can no longer afford to be systematically impeded by its own rules. Other states in the world, such as China, Japan and the USA, are using their monetary policy tool to its full extent, i.e. in support of their fiscal policy.

The Bank of Japan even goes as far as to use its discretionary money-making power to buy stocks directly from the market through listed index funds (ETFs), thus becoming the country’s largest investor. We too must think about using the money-making power of the ECB to finance ecological and social reconstruction, under democratic control.

The cancellation of the public debts it holds, in exchange for investments by the states, would constitute the first strong signal of the European Union’s willingness to take back control of its destiny.