By Iratxe Garcia and Paul Tang 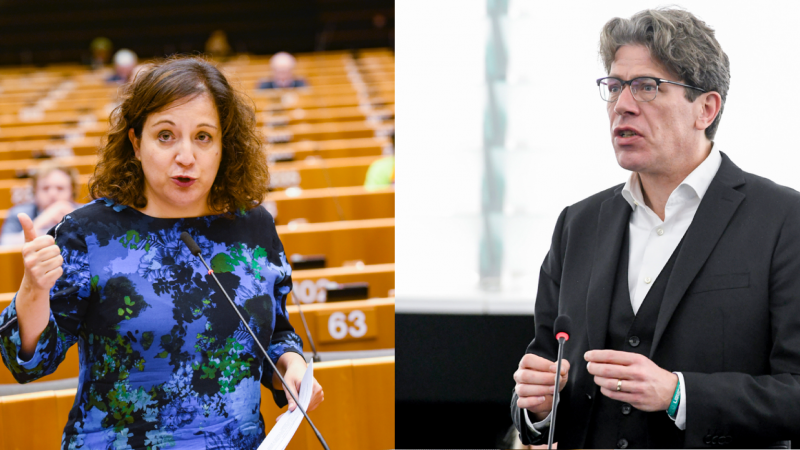 "It was the Netherlands then that breathed new life into the Community with a daring and ambitious proposal: a comprehensive economic community." [European Parliament]

The first crisis to hit the European integration process came only three years after the signature of the European Coal and Steel Community Treaty. In 1954, the French Assembly refused to ratify the treaty for a community of defence, throwing the leaders of the six founding countries into a state of disarray and dismay, and providing an almost fatal blow to the fledgling European Project.

It was the Netherlands then that breathed new life into the Community with a daring and ambitious proposal: a comprehensive economic community. The idea, put forward by the liberal Dutch banker and politician Johan W. Beyen, went beyond the sector-based integration advocated by Jean Monnet. Monnet, in fact, expressed his doubts the plan could succeed. Yet it did and it allowed for the deepening and the enlargement of the community – today a union – that has brought peace and prosperity to millions of Europeans. That is exactly the kind of leadership we need today if we want to safeguard the future of our Union.

The common market made possible the free movement of people, goods, services and capital. It evolved into a single market with common standards and fewer barriers, resulting in greater productivity and lower prices. This integration of EU countries’ economies has benefited all Europeans, but, admittedly, some more than others. According to the European Commission, the Netherlands is, in absolute terms, the third largest beneficiary of  the EU single market, with an estimated €84.02 billion additional income. This is more than either Italy or Spain, even though they are significantly larger countries.

This is not a time for blame games and we should definitely not look at European integration as a “zero-sum game”. EU leaders have an obligation to explain better what is at stake to remove unjustified fears of “moral hazard”.

Too few people are aware that cohesion and structural policies were introduced under Jacques Delors as a way to compensate for the losses suffered by some countries or some regions when they joined the single market. The principles on which the Union is based are those of fairness and solidarity, and it is only through solidarity that we can have a true win-win situation for all.

The Delors Commission also launched the project of the common currency, which was to be introduced step by step. During the transitionary phase, clear gaps emerged in government bonds’ yields, in the level of interest rates, and also in inflation. Yet when the euro was fully introduced, mechanisms for managing the common currency remained incomplete. The effects of these flaws were painfully felt during the 2008 crisis, when a number of EU countries had to face financial hardship alone and were forced to access bailout programmes in exchange for brutal conditions – the socio economic consequences of which are are felt still today.

It was impossible to avoid global speculation against some national debts without either the traditional national protection mechanisms or new European ones, which were not yet in place. This was around the time when eurozone countries agreed to create the European Stability Mechanism, to help countries in severe financial difficulties. It was intended to provide emergency loans.

However, in return, countries had to undertake strict structural reforms, also known as “austerity measures”. This instrument was designed for asymmetric shocks on the assumption that countries had made systematic mistakes in the past. This clearly does not apply to the current crisis, where all countries are affected

Contrary to what Robert Mundell expounded  in 1961, the main problem of single currency areas is not only how to respond to asymmetric shocks. It was very clear during the financial crisis in 2008 that individual EU countries could not react by wielding sovereign monetary policy, as they were unable to depreciate their currencies. Speculation against bond interest rates hit some European countries particularly hard while others benefited from their neighbours’ suffering.

Today, the European Union is being hit by a symmetrical shock caused by COVID-19. This renders the instruments developed to address the previous crisis as unfit for purpose. The socioeconomic effects are about to create an even bigger tsunami against the eurozone than the one in 2008.

Europe faces an existential crisis, that risks causing immense disillusionment in the EU from many governments and many people. Just as cohesion policy and the single market are two sides of the same coin, so is the issuing of common bonds to having a common currency. Countries resisting these recovery-bonds will be hit by the same economic depression that their neighbouring countries face in the medium to long term.

Many studies have already shown that the decision to establish a single currency was based on political rather than economic considerations. It was national leaders in the 1950s, but also in the 1980s and 1990s, who decided to move forward and tie our destinies ever closer. The job is unfinished, but the current coronavirus crisis provides the opportunity to show real leadership and complete the mechanisms of the eurozone, to ensure solidarity, fairness and macroeconomic rationality.

One response to “Coronabonds for a Europe of solidarity, not charity”