Europe from shock to reconstruction 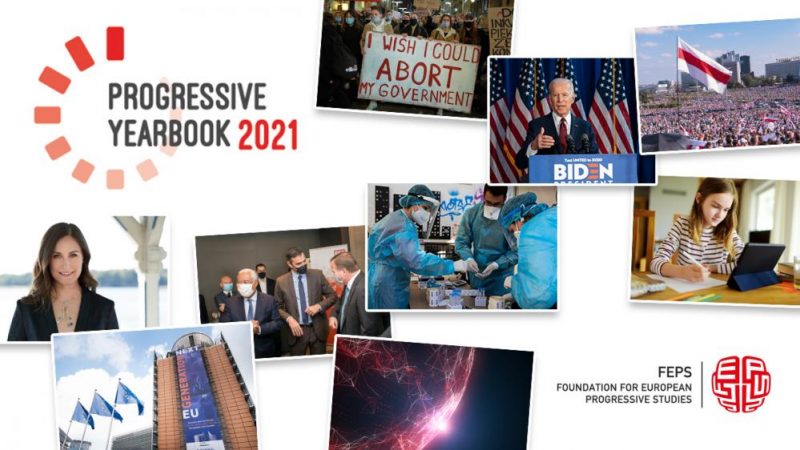 It is a commonplace at the time of crises that the world will not be again what it used to be. This is perhaps doubly true this time, due to Covid-19 and its manifold consequences. One year ago, when the spreading of the coronavirus was declared to be a pandemic by the World Health Organisation, it also became clear that much more would change than how we deal with health and hygiene. And the effort to reach a higher level of resilience in terms of health and hygiene also forced us to open a new chapter in European integration, which is a momentum to be seized.

In Spring 2020, government policies as well as public expectations were aligned on a model dubbed as ‘Hammer and Dance’. This assumed that in the first phase, when the pandemic finds societies and their governments unprepared, infection skyrockets, and can only be pushed back by severely enforced distancing and lockdowns. This would be followed by a much longer period, when various lockdown measures would be alternately eased and reinforced, if the spread of the virus accelerates again. The general assumption was that the scale of the problem would never return to the level experienced in the first period. However, at the end of 2020, we saw that this expectation was wrong, and not without consequences.

The first lockdown in spring 2020 was essentially about saving the health systems, by avoiding a sudden rise of coronavirus cases that would have been unmanageable by the hospitals. Within a few months, the epidemic in Europe was tamed and health capacities had been amended, so a new phase with less restrictions was allowed. However, the virus came back after the holidays, and the ‘dance’ began anew, with a new round of restrictive measures. The second lockdown cycle in the last quarter of 2020, however, was of a different sort. What was at stake this time around was not only the healthcare but also the education system, and especially primary education. The forced experiment of online education showed that the performance was inferior to conventional schooling. Without an effort to partly restore standard forms of education, the next generations would suffer, and knowledge and skill inequalities will grow enormously. No wonder that society became less tolerant with delays of vaccine production and deliveries.

With an EU diving into health policy coordination last spring, many other elements of crisis response came to the agenda almost automatically. A counter-cyclical budgetary component financed from joint debt issuance, reinforced Kurzarbeit schemes and youth guarantee, various forms of income stabilisation, all coming to life from the draft books of social democracy. As far as the budget in particular is concerned, the rise of Next Generation EU must be celebrated, since it broke some of the harmful taboos that have been blocking the effectiveness of economic governance for years. However, it is a question whether these changes will last or not. Once the period of recovery comes, it has also to be ensured that the Green Deal and the social agenda remain at its heart. The capacity to do so will determine Europe’s future for a very long period.

But the EU did not only perform better in 2020 than in previous crisis because the economic policy response was put on a faster track, but also because it immediately connected economic crisis response and social agenda. Already in March 2020, the Commission put forward a proposal for the creation of a European instrument for temporary support to mitigate unemployment risks in an emergency, or as it is called in short SURE. And the response to the social crisis did not stop at offering loans in support of Kurzarbeit schemes (saving jobs through short-time work arrangements). A few months later, the Commission also came forward with a reinforced Youth Guarantee initiative, and in the autumn they also delivered a legal instrument for minimum wage coordination. What is outstanding still is unemployment re-insurance, which appeared in the original von der Leyen programme in 2019, and seems to be waiting for the right momentum.

With a well-engineered reconstruction strategy, the EU can find a way back to the spirit of a “smart, sustainable and inclusive growth”. Its leaders will find partners in the new US administration, which also considers the Covid-19 pandemic a reminder that our most critical challenges don’t stop at national borders and can only be dealt with through coordinated action. Through transatlantic cooperation, a new chapter of multilateralism can be opened, with a strong focus on global sustainability and resilience.

And despite the vaccine procurement debacle, which is not minor, health policy coordination in the EU is here to stay. As compared to the fact that until recently those who wanted to shrink the Brussels bureaucracy routinely pointed to the health portfolio as one to be culled in the absence of real competences, this is now the territory of real breakthrough. Needless to say, a Health Union would not mean that the EU would take over the health care services or health insurance within the member states. However, a shared health response mechanism could make a difference in case of future shocks, and once the lessons from the current experience are drawn, a strengthened joint procurement mechanism would result not only in significant economies but greater overall speed as well as higher quality. Minimum standards in healthcare enshrined in a directive would help preventing European health care breaking up into first and second (and possibly third and fourth) classes, and the stress-testing of national health care systems could help spotting weaknesses that require reform and investment to deliver according to citizens’ expectations.

The Progressive Yearbook 2021 published by the Foundation for European Progressive Studies, presents studies on the key policy issues of this remarkable past year, including the emerging concept of the Health Union, the rule of law conundrum, pioneering policies like the Child Guarantee, and the added value of social democratic governments. If in 2020 the US elections were the most important ones, in 2021 it will be turn of the German Bundestag elections: this volume offers readings on both. Last but not least, predictions on key developments cover the economic recovery, events in Belarus, and the (so far ghost) conference on the future of Europe.

Europe’s fight for health and unity is not over. The year 2020 was an extraordinary year in terms of size and nature of the shock. 2021 should be a similarly extraordinary one in terms of creativity, which is badly needed in order to drive Europe to a sustainable recovery and a progressive reconstruction.