Europe must do whatever it takes to save Ukraine 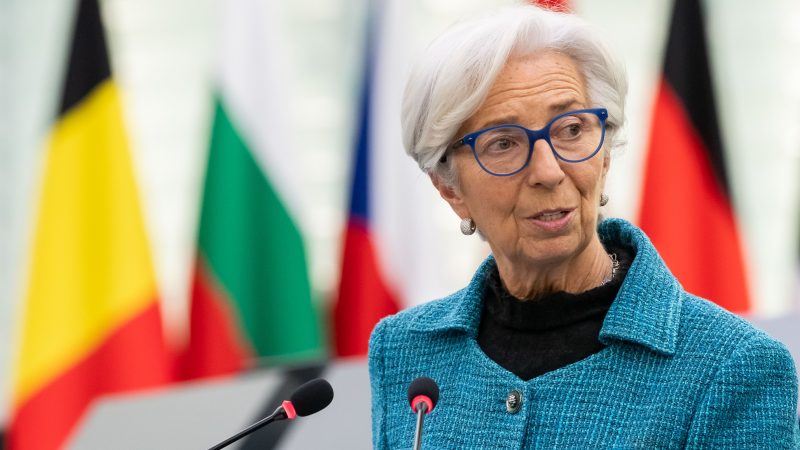 The EU has to ban SWIFT transactions to all Russian banks, both private and state-owned, argues a group of ten European economists. [© European Union 2022 - Source : EP]

A group of ten European economists have signed a joint call urging EU leaders to impose further sanctions against Russia and restrain Moscow’s actions in Ukraine without resorting to military means.

The full list of signatories is available at the bottom of this article.

Vladimir Putin’s attack on Ukraine needs to be stopped. It is a threat to the global order and to Western civilisation, which Ukraine wants to belong to. We are therefore calling for further sanctions on Russia to restrain Moscow without resorting to military means.

There is mounting evidence that the Russian military is committing war crimes with deadly attacks on dense areas with many civilians and the use of cluster bombs and so-called vacuum bombs. The US Embassy in Kyiv has also said that Russia committed a war crime by shelling Europe’s largest nuclear plant and taking Vladimir Putin’s reign of terror one step further.

And although NATO is not involved in the conflict, the war with Ukraine might not be the last that Putin starts.

The relationship between the West and Russia has been deteriorating for years. In 2007, when Putin gave a speech during the Munich Security Conference, his message was clear. It can be summarised as follows: “Our attempt to be nice has come to an end; now we’re going to fight our own corner.” Indeed, this was what Putin kept doing in the following years.

In light of this, it is unsurprising that Vladimir Putin is not interested in a better relationship with the West. Although he is not indifferent to the sanctions, he is clearly not interested in following the handbook of peaceful trust-based world politics. A few days ago, Putin said that the current Western sanctions are “equivalent to declaring war”.

Is there any hope of a reset between Russia and the West? Yes, but only if we do “whatever it takes” – as Mario Draghi put it during the eurozone debt crisis. Paradoxically, we are at a similar, but more ominous, moment in history. Then and now, European countries needed help.

Unfortunately, Russian and Belarusian aggression against Ukraine has been escalating so far. The current sanctions work, but Putin’s regime is not doing anything to end the war. Hence, the EU should consider stronger measures that would hit the Russian and Belarusian economy, and increase the EU and the West’s resilience.

The EU needs to ban euro transactions and freeze the foreign assets of those Russian banks that have not yet been sanctioned. Extending EU sanctions to other financial institutions is crucial to destroying Russia’s financial system.

The EU has to ban SWIFT transactions to all Russian banks (private and state-owned). The current regulations on SWIFT only apply to selected banks that hold only about a quarter of Russian assets. Banks not subject to the sanctions can still handle foreign payments via SWIFT. However, every Russian bank must be excluded from the system to wipe out the Russian banking sector.

The EU has to stop relying on Russian gas, oil and coal. We need to block the import of energy resources, which account for 57% of Russian exports. By continuing to buy Russian coal, oil and gas, Europeans are indirectly financing Putin’s war in Ukraine. Unfortunately, high commodity prices during wartime mean that Putin’s regime is guaranteed some additional revenue.

Economic sanctions will indeed be painful for us Europeans, but this is the price of freedom. And if we are not ready to pay that price not to protect European freedom, we might end-up needing to pay a much higher and human price to preserve our freedom in the near future (e.g. Russian invasion of an EU country).

The West must do everything it takes to restore Ukraine’s full sovereignty and control over its territory and impose tougher sanctions on Russia for invading its neighbour. Without them, Ukraine might be lost.

If this happens, Putin’s war against the West will continue and the dream of a united, safe and resilient Europe will be shattered. Russia’s leader seems to believe that he is perpetually at war – be it military, ideological or economic – with the outside world. The world must act as one to make the Russian regime rethink its aggressive principles.