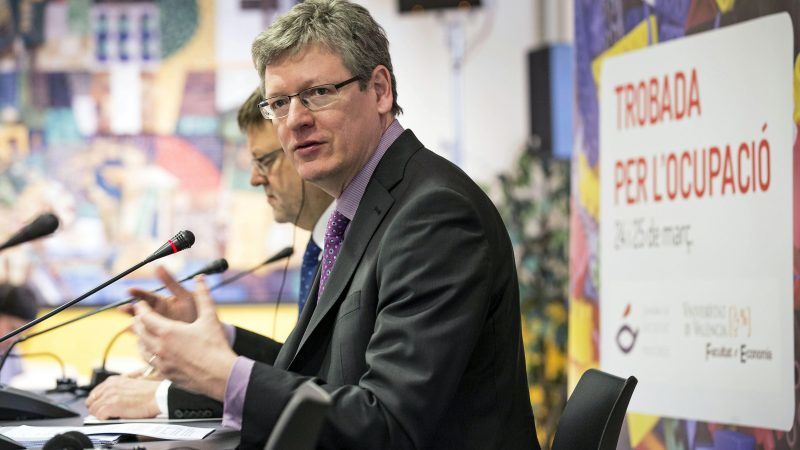 The EU’s new policy to provide financial support to workers affected by the COVID-19 pandemic is a bold new initiative. But it is not a panacea, and risks being over-hyped, writes László Andor.

László Andor is the Secretary General of the Foundation for European Progressive Studies and former European Commissioner for Employment.

By creating a new instrument called SURE, the European Commission put forward a bold emergency initiative. Its size and innovative nature signals not only that the economic and the social crisis response have to go hand in hand, but also that the COVID-19 crisis is calling for deeper EU integration, inviting new ideas. SURE (full name: “temporary Support to mitigate Unemployment Risks in an Emergency”) must be welcome, but the actual profile of this instrument requires clarification to avoid misunderstandings, false expectations and eventual disappointment.

The size of SURE (€100bn) will be compared to that of the European Social Fund (ESF) which, in the new Multiannual Financial Framework (MFF) proposal became an ESF+ with over €100 billion for seven years. This, however is a false comparison, because the ESF provides grants, while SURE will provide loans. In order to appreciate how bold this initiative is, another comparison should apply to the two instruments Jean-Claude Juncker proposed for cyclical stabilisation: European Investment Stabilisation Program and a Reform Support Program, which between them would have been able to disseminate €55bn. Thus Ursula von der Leyen, just with a single instrument, goes well beyond Juncker, which by the way highlights how piecemeal the previous exercise was (although at least it helped warming up to a debate that Juncker must have known would arrive in a more serious fashion).

Volume is key for any stabilisation, and so is speed. The promotion of SURE highlights this aspect, although in this case funds can be disbursed following a procedure that involves the Council, and only in case a certain conditionality is met (short-time work arrangement or similar scheme is organised). Conditionality can be a good thing; it has been rightly introduced for the ESF itself, which originally and fundamentally is not a cyclical but a structural fund. For cyclical stabilisation, conditionality at the time of delivery causes delay and by definition makes the instrument weaker.

The most important point in SURE that it promotes internal flexibility at the time of a recession. Make no mistake: the short time work arrangement (or in German: Kurzarbeit) is a much better option than unemployment, but this option does not exist everywhere. Kurzarbeit has three main pre-conditions to work: having a demand side shock after which the same economic structure can bounce back; strong partnership between employers and trade unions; and financial capacity to provide support either from an unemployment fund or elsewhere. Consequently, an EU scheme focusing on Kurzarbeit would be biased for the better off workers of countries with stronger industrial relations, and it would leave the more precarious workers in the precarious benefit schemes of precarious countries.

Limiting EU solidarity to those workers whose jobs can be saved would raise questions. The number of unemployed is bound to rise simply because some companies die, and on the other hand many people have temporary contracts and in crises most of these are simply not renewed, so a lot of people add to unemployment without being dismissed either de facto or de jure. Most of them would be unlikely to be considered under Kurzarbeit schemes, similarly to the self-employed. It is therefore particularly important that the SURE initiative is open to programs designed for the self-employed, but even this way it remains an exclusive support tool.

If we look at the EU budgetary toolkit as a whole, it appears as the hamburger without the meat. On the one hand, SURE will help stabilising employment (and the work income that comes with that) for those whose jobs can be saved in a recession: this is the top bun. On the other hand, the Fund for European Aid for the Most Deprived (FEAD) provides EU support for those who lack the means for buying daily food for themselves: this is the bottom bun. The missing element, i.e. the meat is what would be between the two, is the EU top up for national unemployment insurance funds. While the rise of joblessness can be massive, related funding will continue to rely entirely on national resources.

Another break on the SURE model is the 0% grant component. While borrowing under this scheme, the member state affected will have to cover administrative costs due to the need to organise the program. So the actual material help from the EU is about delayed taxation.  This may still make sense, but employers will only play ball if the benefits of organising Kurzarbeit schemes (i.e. keeping the entire workforce on board without changing contracts) would exceed the administrative and organisational costs which would need to be shared within the country any case.

On a positive note: with a clear conditionality that is also linked to cyclicality, SURE delivers something that has been missing from the EU architecture: a counter-cyclical fiscal capacity. On the other hand, unemployment re-insurance models that have been discussed in the past years would also have required a coordinated improvement (in coverage, generosity, attached training services etc.) of existing unemployment benefit schemes, which will not be the case here. Some will speak about a missed opportunity as a result.

While knowing its limitations, the added value of SURE has to be highlighted as European citizens are looking for help at the time of a devastating pandemic. However, it is also important to avoid overselling this tool. When the Youth Guarantee was introduced in 2012-4, the Commission invested a lot in explaining what it can and what it cannot do. However, the hype and the misinformation caused some damage which, again, is a big risk now. Perhaps the most important message here is that while structural interventions, like SURE, can be important, they are not substitutes for the appropriate macroeconomic policies that have to be in place to ensure the fastest possible recovery.