Even in the age of Brexit and Trump, business can help drive responsible trade 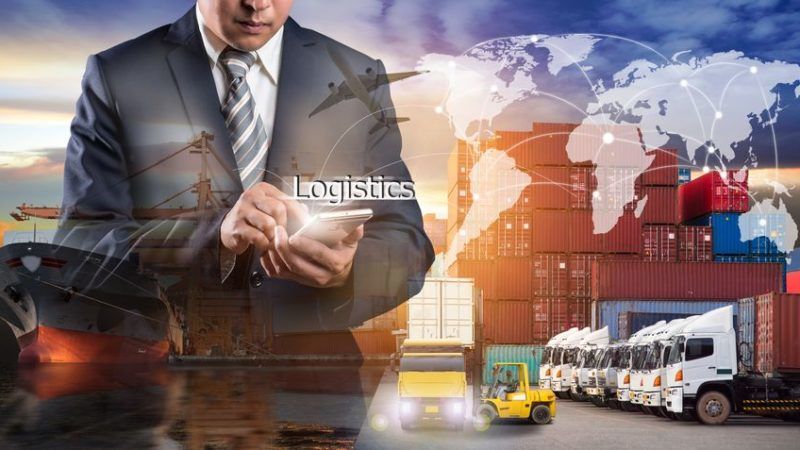 Trade has become a lightning rod for public anger over economic and social change so businesses and governments must step up and make it truly responsible. [Shutterstock]

For growth and trade to be truly responsible, they must become more inclusive and governments and businesses are both critical to making this happen, write Arancha González and Christian Ewert.

Arancha González is the Executive Director of the International Trade Centre. Christian Ewert is the Director General of the Foreign Trade Association.

More than a year has now passed since the United Kingdom voted to exit the world’s biggest trade bloc in a bid to ‘take back control’ over immigration and regulatory policy from the European Union. During that time, Donald Trump rode to the White House on promises that protectionism could restore vanished manufacturing jobs, and went on to withdraw the United States from the Paris Agreement on climate change.

Trade has become a lightning rod for public angst over the rising pace of economic and social change in other advanced economies, too. Recall how opposition from Wallonia nearly derailed the European Union’s trade agreement with Canada.

In such circumstances, prospects for sustainable production and trade might seem remote. Yet the fact is that businesses today have an opportunity to step up and take the reins of responsible trade. Indeed, the tools for them to do so have never been better. Consider energy.

Plummeting prices for renewable energy, driven by the private sector response to national and state-level policy incentives from the US to Europe to China and India have made wind and solar increasingly competitive with fossil fuels. A Danish offshore wind company recently said its new projects in Germany’s North Sea did not need subsidies and would be commercially viable at projected market rates. Breakthroughs in battery technology now promise to give a further boost to the renewables boom.

The expanding toolkit enabling business to do more with less goes well beyond innovation in the energy sector. Artificial intelligence software is helping companies like Google slash the energy consumed by their power-hungry data centres. Refurbishing, recycling, and other circular economy practices are saving companies production and transport costs while reducing their environmental footprints.

French retailer Carrefour has saved costs and reduced materials used in its merchandise-related operations by eliminating unnecessary packaging and introducing reusable plastic crates instead of disposable ones. In addition, the company has defined rules on waste and recycling and helped suppliers choose better packaging solutions.

The communications revolution that made it possible to coordinate complex production processes across geographically dispersed production networks is now making it easier for multinationals to promote sustainability at every step of their supply chains, from farm to fork and from raw materials through to the final consumer.

These value chains, however, are vulnerable to trade protectionist policies, which have the potential to alter, with the stroke of a pen, the market rationale under which sourcing and investment decisions have been made.

The current debate over trade obscures what a remarkable success the open global economy has been.  Faster growth driven by the expansion of value chains to developing countries from China and India to Latin America and increasingly sub-Saharan Africa has helped lift over a billion people out of extreme poverty.

It is true, however, that not all have shared in this progress. Trade harms some people while leaving societies as a whole better off.  The generation-long failure in many advanced economies to invest in equipping people to cope with trade and technological change has opened the door for today’s populists to scapegoat foreign goods, services and people.

The misguided, intellectually lazy solutions they offer to deeper structural shifts would simply reduce purchasing power and weaken productivity growth, exacerbating instead of soothing the sources of popular discontent. Meanwhile, many developing countries, and vulnerable and marginalized groups within them, have languished on the sidelines, unable to participate meaningfully in the growing global economy.

For growth and trade to be truly responsible, they must become more inclusive.

Governments and business are both critical to making this happen. Only governments can set up the architecture for flanking policies to help people who have been losing out from economic change. Managing negative externalities requires governments of both advanced and emerging economies to cooperate effectively in global governance. Promoting sustainable and inclusive trade is not an option but a necessity.

Business, in addition to its essential role in workforce skills development, is an important contributor to the public coffers. Multinationals that engage in accounting acrobatics to minimize their tax bills are, in the long run, no friends of open markets.

Another key element of making growth inclusive hinges on small and medium-sized enterprises, since these businesses create the lion’s share of employment. Easing obstacles such as access to information and financing for businesses of all sizes would help foster growth and job creation.

SMEs that trade tend to be more productive, and pay higher wages. There is much that policymakers and big businesses alike can do to help more SMEs trade.

Reducing fixed costs related to trade, whether from complex border procedures or those related to meeting product standards and other non-tariff measures, would disproportionately benefit smaller businesses.

Helping developing countries implement the World Trade Organization’s trade facilitation agreement would yield significant gains for SMEs in those economies. Businesses can do more to source from SMEs, and to help small-scale suppliers upgrade their productive capacities and meet international standards.

The socioeconomic gains would be especially large if the SMEs in question were owned by women. And if trade policy is synchronized with domestic policies to ensure all can share in the benefits of open markets and no one is left behind, its effectiveness will be greater still.

In sum, responsible trade is environmentally sustainable and socially inclusive, rooted in cooperation based on shared rules. Businesses and governments have the tools to make it happen. What remains to be seen is whether they have the willingness.