From financial solidarity to a social and federal union 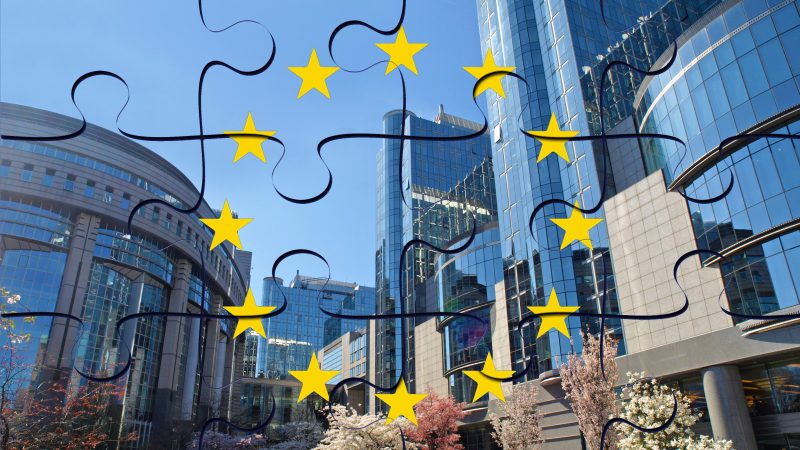 The creation of a federal bond will pave the way for a treasury and common EU taxation. However, this ad-hoc financial union agreed by the European Council is mostly an intergovernmental affair and a stronger role of the European Parliament is necessary to reach a stronger and more social political community, write a group of six European lawmakers.

The agreement reached by the European Council on 21 July upon the proposals of Parliament and Commission, and confirmed on 11 December 2020 with the approval of the 2021-2027 Multiannual Financial Framework, has been widely reported as a major breakthrough in European integration. Rightly so.

For the first time, a large bond issuance by the European Union will partly finance budgetary expenses and direct transfers to the Member States and sectors most in need of assistance due to the economic and social consequences resulting from the shutdown forced by the coronavirus pandemic.

In addition, on paper at least, the EU leaders agreed on the need to introduce pan-European forms of taxation (on digital platforms, CO2 emissions, maybe even financial transactions), beyond a modest tax on non-recycled plastic in order to finance this long-dated matter of common debt issuance.

Even though the price extracted by the ‘frugal’ member states in exchange for their support for the deal (including higher budget rebates, a bizarre intergovernmental mechanism to interfere in disbursements, and lower ambition for the ordinary long- term budget), is high, some think of the deal as a Hamiltonian moment, if not in its details (the EU is not mutualising past debts), certainly in its spirit (the creation of a federal bond which further down the road will pave the way for a treasury and common taxation).

Be that as it may, technically speaking, this is a temporary financial union (the €750 billion bond issuance is supposed to be a one-off), to be backed by a fiscal union that is to be introduced later on.

Making this deal a permanent feature of the Union’s economic policymaking toolbox will not, in the event, be an easy task. The ‘frugals’ and those stakeholders behind its business model, though weakened by the UK departure, will nonetheless aggressively oppose any new bond emissions that are not linked to the pandemic.

As for the fiscal dimension, the traditional attachment of nation states’ institutions to the taxation prerogative is well known. In addition, as any new EU funding sources need to approved by unanimity in the Council, as well as in 27 national parliaments, this will in all likelihood result in a torturous process at best, or, at worst, in yet another dead end for the EU on new common revenues.

Still, optimists bet on the fact that now the common currency, the euro, with its impact on daily life of all Europeans has a safe asset of sorts, it will almost be unavoidable to further issue debt emissions beyond 2023, especially in a context of continued economic difficulties, while member states may at the same time prefer to agree to some kind of EU taxation rather than increasing their direct national contributions.

Veteran Europhiles surmise a bargain here: if rebates are to become permanent, then so should the issuance of EU debt.

However, even if this is the case, we must not forget that this ad-hoc financial union agreed by the European Council is mostly an intergovernmental affair. Under the current Lisbon Treaty rules, it is the Council which solely approves debt issuance (Article 122), and the financial resources of the Union (Article 311).

The anomaly of a Parliament that plays no real role in the revenue side of the budget (be it in the form of debt or taxes), but that has a deciding role in its expenditures, is a well-known part of the EU’s institutional framework.

This political and constitutional imbalance becomes even more acute if debt becomes a standard financing tool and revenue is rebalanced away from direct contributions made from the national budgets towards pan-European taxes that will fall on cross-border activities (digital platforms, and C02 emissions for example) and therefore on specific EU citizens and companies.

The introduction of these new sources of revenue for the EU, coming from a tax on profits made by large digital platforms, by tax evaders and polluters, by a sector profiteering from financial transnational actions, will allow us to repay the funds borrowed in the financial markets but also to correct the asymmetry regarding certain players (like multinational corporations) that have so far managed to avoid contributing to the public coffers.

It will also help us put the Green Deal and Social Pillar at the centre of the EU’s economic recovery.

However, it is hard to see why these taxes would be approved by national parliaments, when they are not indeed national forms of taxation. Nor would these taxes be approved by the European Parliament, and nor, in all likelihood, by the Council (where all the member states are represented).

Beyond the democratic question, it is simply not sustainable for such fundamental decisions to be held hostage by national vetoes.

Therefore, to find here new approaches and solutions: not only a stronger European Parliament is necessary, but also a more transparent and efficient Council, working hand in hand with the Parliament, in a bicameral system.

A social and stronger political community is the logical counterpart of the nascent financial and fiscal union. The long-overdue Conference on the Future of Europe, blocked by the Council, is now needed more than ever in order to address these fundamental questions. It should start as soon as possible.