Future of Europe: What are the views of children and young people? 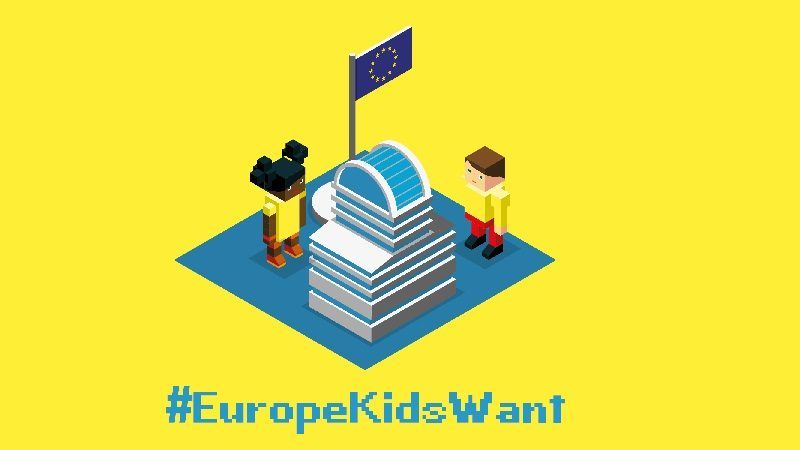 Children and young people are key stakeholders in Europe’s future. Not only because their future will be determined by today’s decisions, but also because involving them in decision-making puts into practice the democratic values which underpin the European project, writes Jana Hainsworth.

Jana Hainsworth is the secretary-general of Eurochild.

Children and the young are not only tomorrow’s voters but also today’s change-makers.

As European leaders debate the future of Europe, UNICEF and Eurochild launched an online opinion poll (survey), inviting children and young people to share their views on the Europe they want. ‘Europe Kids Want’ gathered children’s and young people’s experience of family life, school, society and their thoughts on Europe.

For World Children’s Day on 20 November 2018, 40 children and young people from around Europe, as well as high-level influencers and decision-makers will gather in the European Parliament, hosted by President Antonio Tajani to debate the Europe Kids Want survey results and to agree on a roadmap for future engagement.

Two-thirds of children feel positive towards people from other countries

Tolerance and being treated equally features prominently amongst the expectations of children when dealing with the online environment or in response to how people from other countries or backgrounds should be treated.

Children and young people aged 10 and above are most worried about not finding a job. With 43.6% youth unemployment rate in Greece and 38.6% in Spain, concerns are visible among children as young as 10 years old, in many European countries. Children from Italy, Serbia, Spain, Ireland and Bulgaria fear the most about not finding a job.

Violence and climate change at the top of children’s fears

In terms of fears for the future, the possibility of war and violence where they live and the threat of climate change worries children and young people the most. Stopping bullying and making sure no one is treated badly because of being different are among the most important issues for children to feel safer at school.

Climate change and environmental degradation are a key concern of younger generations. Results also show that only a mere 11.4% do not worry about their future at all. Asked about what the European Union should do, children and young people said they want more EU action to address these concerns: helping to keep the peace, protecting the environment, and promoting equal treatment.

So, what can European leaders do to realise the hopes and allay the fears of their youngest citizens and residents?

The EU can help to reduce inequality by promoting and supporting child-centred policies such as education reform, early childhood development, health promotion, community development and family strengthening. This commitment has to be reflected in the new Multiannual Financial Framework towards the implementation of the Sustainable Development Goals.

With two-thirds of children responding to the survey feeling unhappy with the way cities or towns engage with them, decision-makers must involve children and young people in global, European, and local policy dialogues. At the Eurochild conference in Opatija, Croatia in October, both children and adult professionals recommended that all governments teach children about their right to participate.

They also recommend all governments to implement an inclusive participation strategy for all children; and that all governments be obliged to provide evidence of impact of enabling children to set the agenda, influence decisions.

There are many lessons to learn from the views of children and we share a full set of recommendations in the Europe Kids Want publication which will be shared with European Parliamentarians and children and young people this week.

Read the first impressions of the results of the Europe Kids Want survey.

To enable more children to respond to the Europe Kids Want survey we have kept it open and available in 29 languages online.

As Europe builds up to next year’s elections, we expect decision-makers to take children’s views seriously and to encourage children to become real change-makers.

One response to “Future of Europe: What are the views of children and young people?”