Gualtieri: "A clarification on medium term debt relief measures are essential to give a boost to Greek recovery." [European Parliament/Flickr]

Greece has made huge sacrifices and the government has made significant reforms. Now the ball is in the Eurogroup’s court to provide the necessary certainty to both people and the markets via a debt deal, writes Roberto Gualtieri.

Roberto Gualtieri is an Italian Partito Democratico MEP (S&D) and Chairman of the Committee on Economic and Monetary Affairs of the European Parliament. He wrote this op-ed ahead of a Eurogroup meeting today (15 June).

An agreement at Eurogroup on the conclusion of the second review and a clarification on medium-term debt relief measures is essential to give a boost to Greek recovery and to reaffirm euro-area resilience and stability.

The European Parliament has been closely monitoring the implementation of the third Greek program, and there is no doubt that the Greek government has legislated and executed an impressive set of reforms in line with the program. It is also clear the all the prior actions needed to complete the second review have been taken.

The ball is in the court of the Eurogroup. It now has to do its part by authorising the conclusion of the review and the release of the next tranche of the loan facility. This will be a fundamental step forward, but it will not be enough. There is a need for clarification on a more sustainable profile of Greek fiscal targets (namely the primary surplus) and on specific modalities and duration of debt relief measures which will be taken after the conclusion of the program (and which of course might be adjusted depending on economic developments). This is the only way to provide the necessary certainty to both the Greek people and the markets. 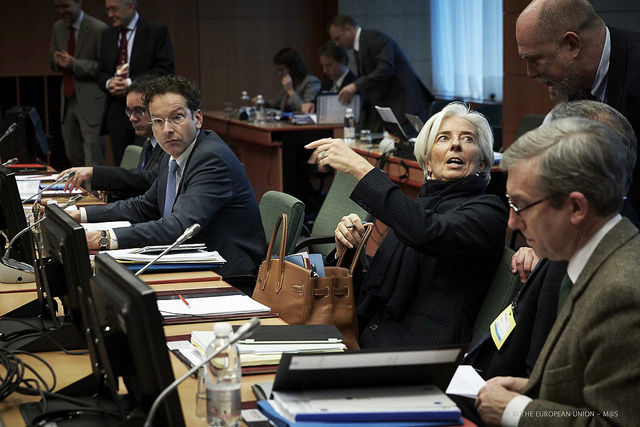 The European Commission is optimistic about an overall agreement with Greece at tomorrow’s Eurogroup. But Athens says a deal is still far due to Germany’s stance.

If these requirements are met, even an “in principle” participation of the IMF in the program would usefully provide additional credibility and strength to it.

It is worth underlining that, after years of often excessive sacrifices by the Greek people, this program does not require additional austerity, and from now on it will be focused on measures aiming at increase quality and efficiency of public and private sectors.

Moreover, compared to previous programs, thanks also to the efforts of the Greek government, it has a significant emphasis on social fairness. Even the pre-legislated (at IMF request) fiscal measures for 2019 and 2020 shall be fully compensated by social and tax reduction measures. This is not just a wishful thinking but a realistic prospect given the fact that Greece is currently outperforming all fiscal targets and will clearly meet the target of a 3,5% primary surplus in 2018. After years of troubles, prospects for inclusive growth in the coming years have never been stronger.

In this context, not to have a positive and comprehensive outcome of the Eurogroup would be unjustifiable whatever minor issue and complication that might still be open. The Greek citizens deserve such a positive outcome. Europe deserves it. Let us honour our duty and obligations of unity and solidarity and restore credibility and hope to the European project.