Cohesion Policy and European Semester: Could they have more in common than we think? 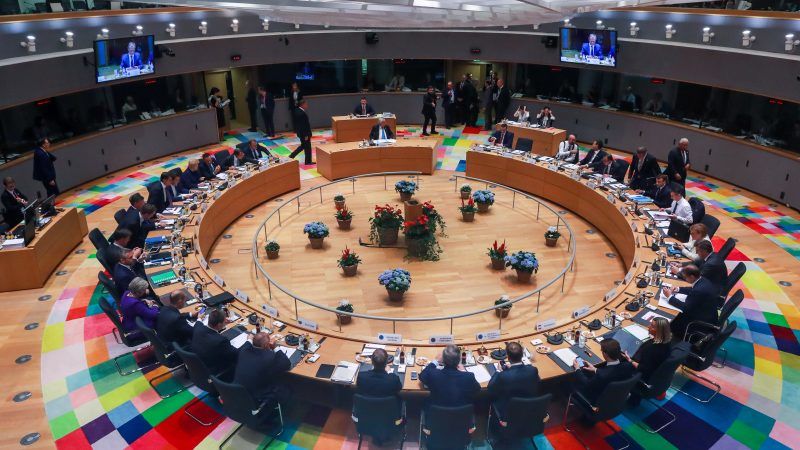 A general view of the room of the European Council summit in Brussels, Belgium, 18 October 2018. The European Council will focus on migration and internal security and also It will be followed by the Euro Summit in an inclusive format. [EPA-EFE/STEPHANIE LECOCQ]

Study shows that citizens’ concerns are directly linked to domestic policies, which are consistently the target of EU economic coordination priorities. That is why Cohesion Policy could help the European project, by making it relevant to citizens, writes Katie Cavell.

Katie Cavell is a free-lance EU policy adviser based in Brussels, and currently the representative of Cornwall (a UK region) to the EU.

Mention the Reform Support Programme or Macro-economic conditionalities and many supporters of Cohesion Policy will start to bristle.

However, a recent study by academics from Exeter University Cornwall Campus (Willett, J. et al, 2018), which has yet to be formally published, may have unintentionally provided evidence to support a logic of greater coherence between Cohesion Policy and the EU’s economic governance framework.

I will avoid mentioning the B-word because all too often when I do, policy-makers and stakeholders run screaming.

But the Exeter University Cornwall Campus research was aimed at exploring the rationale behind Cornwall’s Leave vote in the UK’s referendum on EU membership, considering Cornwall’s high receipts from European Structural and Investment Funds (ESIF).

Since 2000, Cornwall has benefitted from €68m per year on average in Structural Funds investment. So why the hostility towards the EU?

According to the Willett et al study, what lay behind people’s vote to leave the EU was a “feeling of deep insecurity”. People’s decision to vote ‘leave’ had very little, if anything, to do with the EU.

The report concluded that “local perceptions of EU support were overridden by symbolisms which resonated with the powerlessness and insecurity that many participants felt about their lives.”

Participants to the research cited concerns regarding jobs, pensions, healthcare and housing. All of which stem from domestic policies, and none of which are direct competencies of the EU Structural Funds. However, they all have direct consequences in EU economic coordination objectives, commonly known as the European Semester.

A 2017 study on the European Social Fund (ESF) by the Conference of Peripheral Maritime Regions (CPMR), on which I advised, also timidly drew a line between local labour markets and wider macroeconomic trends. It highlighted, however, that “while ESF priorities have wider macroeconomic consequences, they essentially address local problems affecting individuals’ lives, such as unemployment, poverty, social exclusion, and education”.

What this points to is a logic to making formal the link between investments in structural reform and local economic development. Citizens interviewed in the Willett et al study were able to disregard EU investments as “irrelevant, ineffective, or based on bad decisions” because they were unable to see a positive impact of the funds on their own quality of life or personal struggles.

Yet, the concerns cited by citizens reflected national reform priorities as consistently identified by the European Commission in its economic coordination cycle, the European Semester process.

This would suggest that a well-structured structural reform support agenda with well-designed initiatives could present opportunities for Cohesion Policy, both in terms of giving Cohesion Policy a stronger role in macroeconomic coordination, and in engaging citizens more closely in the policy, and in the European project more broadly.

The Willett et al study may have inadvertently shown that it is not. By placing the daily concerns of citizens at the centre of the policy, Cohesion Policy could confront head-on the rise in populism currently troubling Europe.

This can only be achieved if there is a clear, substantive and permanent role for local and regional authorities in the EU economic coordination process and in Member State structural reform strategies.

Thus, advocates of Cohesion Policy should not fear new links to the EU’s economic coordination framework, but rather should see the opportunities that greater coherence between the different levels of governance could provide.

However, it will be vital to remain vocal in demonstrating to policymakers the importance and the added value of a clearly defined and compulsory role for local and regional authorities in member state Structural Reform Strategies and in the European Semester process.

The European Commission is right in recognising the need to strengthen the link between the EU’s economic coordination objectives and Cohesion Policy. But it is wrong if it thinks it can do this without a rigorous involvement of local and regional authorities.