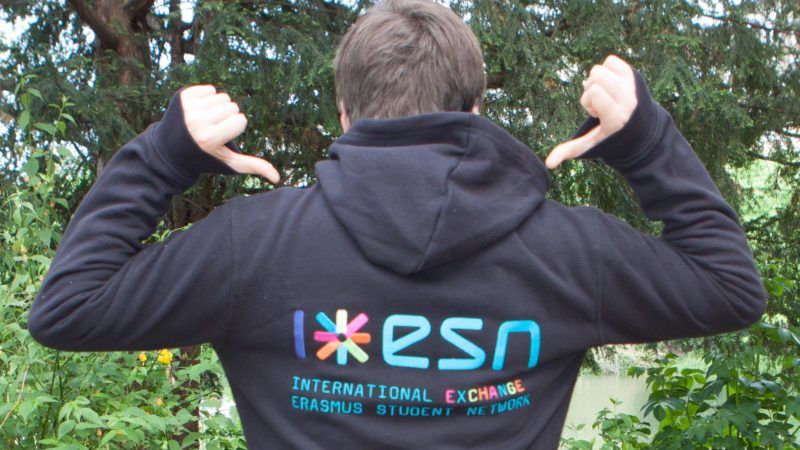 The Erasmus programme has already done so much to help create European-minded people all across Europe. Its potential to help the continent deal with its problems is vast. [Jirka Motousek/ Flickr]

Michael Gaebel is director of higher education policy at the European University Association (EUA), the collective voice of hundreds of universities across Europe that together enrol 17 million students.

With input from Europe’s universities, EUA recently published ten core recommendations on how the Commission can improve the Erasmus+ Programme.

The importance of the Erasmus+ Programme is undeniable: it provides funding for international staff and student exchanges, while promoting inter-university cooperation.

With its 30th anniversary celebrations, countless testimonials have demonstrated its impact on both individual lives, and on the creation of a generation of European-minded citizens and a united Europe. Clearly, it is much more than just a European funding programme.

But the current Erasmus+ comes to an end in 2020 and the European Commission must provide a proposal for the new programme by the end of this year. What will change?

These are all important points but they are very much about improving what the programme already does.

One of the other recommendations that EUA proposes concerns something different: refugee students and staff.

In 2015, refugees became a declared priority group in Erasmus+ but the actual ability of the programme to support them is indirect and limited to cooperation projects with a focus on refugees.

In addition, the EU’s Madad Fund creates some opportunities for refugees to study in third countries, like Jordan or Lebanon. But the same kinds of grants should be available under Erasmus+ to refugee students and staff to come to European universities.

EUA’s Refugees Welcome Map shows that there are higher education institutions all across Europe that are willing to support displaced students and scholars. Given the chance, they could do much more.

But it is evident that in most places there is a lack of financial and political support. In fact, those who help refugee scholars, such as Scholars at Risk and the UK organisation CARA, report a shortage of placements due not only to the increase in demand, but also to universities’ limited ability to co-fund refugee scholars.

Evidently, this is an issue of international importance as a recent UNHCR report estimates that only 1% of refugees have access higher education. Taking part in Erasmus+ mobility would allow refugees to continue what they have done in their previous lives.

Instead of simply being displaced, they would become international students and academics. They would gain better prospects for integration and careers – both in Europe and in their countries of origin.

This would likely increase their acceptance, ease their placement among different European member states and open up the possibility to move to other destinations.

And one should not underestimate the dynamics and multiplier effects that this would create at European universities. Refugees would be able to contribute to their host institutions, also with regard to international cooperation and networking. This could even foster civil society exchanges with countries and regions with which official relations are difficult.

This would be quite an asset, a lighthouse in such tempestuous times. Overall, such a measure would likely contribute to generating long-term social and economic benefits. It would set an example around the world and raise awareness about the situation of refugees, both in Europe and beyond.

Finally, there is a lesson to be learned beyond the current issue of refugees. As Europe and the world have witnessed in these rapidly-changing times, challenges are not always predictable. Therefore the Erasmus+ Programme needs to be engineered with flexibility in mind. This would allow it to better respond to complex scenarios – like the very circumstances that created the need to support refugees.

In 2027, Erasmus+ will reach its 40th anniversary. That isn’t too far away. We must make sure that the programme will hold some new success stories by then. Erasmus+ may indeed be one of the smaller EU budget items but it holds the potential for a remarkable payoff.