Illicit trade is an existential threat to consumers 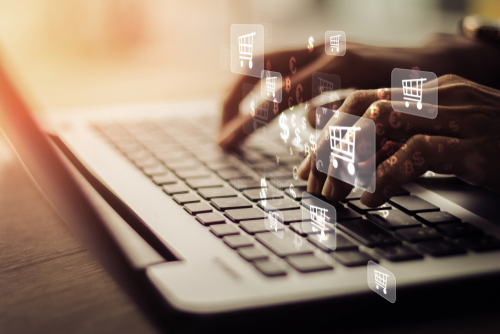 The latest OECD report found that between 72 000 and 169 000 children may die from pneumonia every year after receiving counterfeit drugs. Since that was before the world had entered the COVID crisis that turned out to be a public health emergency of global scope, the shocking numbers have likely gone up by now and will continue to rise.

That is the cost of flawed policies that have failed to effectively tackle illicit trade.

From pharmaceuticals to tobacco products, illicit trade has expanded into every area of our life and international exchange. Unlike many legal small businesses that get driven out of the market because of excessive taxation and red tape or are unable to enter it at all, illicit trade has been booming.

According to the United Nations Office on Drugs and Crime, transnational organised crime of illicit trade is a business worth USD 870 billion.

Illicit trade has to be fought by economic, legal, and political means. Where free markets that safeguard property rights – including intellectual property rights – and economic freedom flourish, there is no space for illicit trade simply because it’s not needed: every consumer can easily find and access what they need.

Black markets exist to satisfy the unmet demand, and why that happens is the key question we have to address to solve the economic part of the puzzle.

Let’s consider tobacco counterfeiting in the EU. In 2019, 15 billion illicit cigarettes were found in Europe, contributing to €2 billion in tax revenue losses. Intrusive and anti-consumer national policies have to take the blame for that.

For example, on November 1st, a second annual 50 centime tax comes into force in France bringing the price of a pack of cigarettes up to 10.50 euros.

In Ireland, the excise duty on a pack of 20 cigarettes will rise by 50 cents for the fifth year in a row. Demand for cigarettes is inelastic. The higher price stops consumers from buying them legally but it doesn’t stop them from buying it elsewhere.

Therefore, member states should moderate tax policies to ensure that tax regimes are liberal enough not to drive demand for counterfeiting products. Indirect taxes such as VAT and excise duties make consumers foot the bill.

Accessibility is no less important. When it comes to counterfeiting of illegal products,  consumers should be able to have and quick and easy access to medicine. That includes nonprescription drugs in retail and delivery, prescription medicine with an online prescription through delivery.

In order to be successful, these measures need to be combined with increased IP protection of medicines and medical supplies. Since the beginning of the pandemic, there has been a 20% increase in enquiries for brand protection, most of which came from the pharmaceutical sector.

On the legal end, we have to create the conditions under which a cost-benefit analysis undertaken by every potential smuggler makes the costs seem higher. That is to say, we have to increase the existing penalties for illicit trading practices to better protect consumers from various risks. Harsh penalties will reduce incentives to commit illegal acts.

Despite political differences, we can all agree that the wellbeing of consumers is of the utmost importance, and illicit trade – especially in times of covid – poses an existential threat to consumers in Europe and globally.

We should not only put in place smart policies to eradicate illicit trade, but we should also repeatedly communicate the risks associated with illicit trade to consumers and make them more aware of the tactics used by smugglers to lure them. Time to stop illicit trade.