Is Bulgaria getting EU help to fight coronavirus impact? 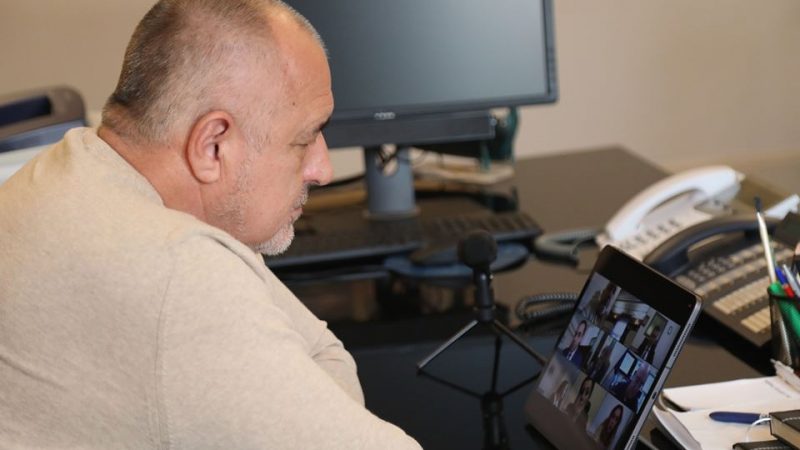 Bulgarian Prime Minister Boyko Borissov has made public statements conveying the message that the EU is not providing adequate help to Bulgaria’s fight against the coronavirus. Ivailo Kalfin begs to differ.

Ivailo Kalfin is a former deputy prime minister of Bulgaria. He is the chairman of EURACTIV Bulgaria’s board of directors.

The EU’s financial contribution for the measures to mitigate the negative effects of coronavirus is limited to ‘allowing us to use the EU funds that we have not yet contracted’, the prime minister told a press conference in Sofia on 22 March.

On a similar note, the Minister of Finance Vladislav Goranov said that these funds are actually “our money”.

These comments were made in response to the growing concerns about the complete lack of tangible measures in the social and economic areas in the current context.

The extraordinary press conference was convened as a reaction to the veto Bulgaria’s President Rumen Radev imposed on the extraordinary legislation adopted by the parliament. One of the arguments of the president was the lack of a comprehensive economic package in response to the looming crisis.

What are the facts the government omitted to mention? The European Commission reacted very quickly after the outbreak of the coronavirus. It did mobilise all the available funds and untied the hands of the national governments lifting the restrictions on state aid and excessive deficit.

In fact, these were the only available instruments to ease the disbursement of public funds.  The fiscal measures were concentrated in a coherent Corona Response Investment Initiative (CRII).

This initiative mobilises all EU funds that are available at this stage of the Multiannual Financial Framework, the EU’s long-term budget which is in its last year. The MFF suggests priorities that are common for the member states, still giving them the freedom to design their own measures.

There are three sources financing the CRII. First, immediate transfer of €8 billion from the reserves for liquidity needs, to be followed by €29 billion of unspent money from the European Structural and Investment Funds, making the fresh money available for the national authorities to the amount of €37 billion.

The third source is the cohesion funds, provided in the national envelopes that are not yet contracted and could be used for the coronavirus mitigation at the discretion of the member states.

The CRII is well explained in a public document, including a breakdown by each member state.

This document clearly shows that Bulgaria is supposed to receive €812 million as fresh money from the EU budget and to reprioritise €546 million funds that have not been contracted. Hence, the total amount available is one billion and 358 million euro, exceeding by far the currently available funds.

Following the adoption of the CRII, two Commissioners – Elisa Ferreira and Nicolas Schmit – signed a letter to every government, explaining the initiative, noting the amount of money due to be returned to the EU budget from 2019, which they are now allowed to retain, as well as the amount and the timing of the advance payments.

In the case of Bulgaria, the Commission commits to making available €328 million by the beginning of April.

In addition, the Commission adapted the rules for the deployment of the EU Solidarity Fund and the European Investment Bank announced the availability of a resource amounting to €40 billion, to be used in financial instruments to provide additional liquidity to SMEs and mid-caps.

In conclusion, besides the option to mobilise the unspent EU funds to mitigate the negative consequences of COVID-19, Bulgaria will receive an additional €812 million of fresh money from the EU budget and will have access to the additional €40 billion package provided by the EIB.