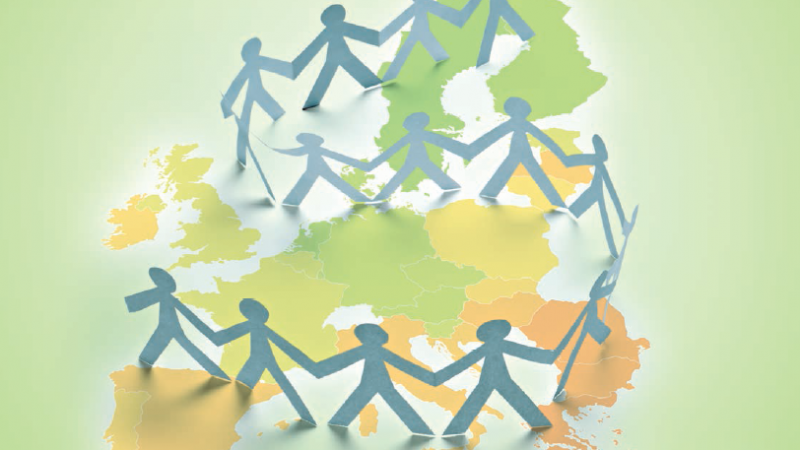 ‘Just Transition’, once a trade union campaign slogan, has finally made its way into the common language of European policymakers and national leaders. Just Transition is a pseudonym for the anticipation and management of change.

The scale of transformation underway today as a result of the accelerated twin digital and green transition demands a policy and legal framework capable of meeting the promise that no one will be left behind.

With the Fit for 55% package, due next month, the Commission must not only deliver climate ambition but greater ambition for the Just Transition to ensure social acceptance.

Since Europe’s Green Deal is a deliberate political intervention into market forces, Europe’s politicians have direct responsibility for delivering a Just Transition and decarbonisation without deindustrialisation.

The invisible hand of the market will not deliver the necessary climate ambition we need and is incapable of delivering a fair transition for the workers and communities impacted.

The final adoption of the Just Transition Fund this month marks a significant victory for trade unionists calling for recognition and resources to address the social and regional impact of economic restructuring in Europe’s carbon-intensive and coal-dependent regions and sectors, as a result of crucial climate action.

Equivalent resources are necessary for the transformation of the rest of our manufacturing base – notably the automotive and mobility eco-systems which today employ over 14 million workers.

However, resources are only part of the story.  Rarely is the link made to the need for a real toolbox of rights to ensure that transitions are smooth for individual workers. You cannot just throw money at this problem.

As trade union leaders representing Europe’s industrial workers, we know the vital importance of anticipating restructuring. Restructuring can wreak generations of damage if badly managed – to those who lose their jobs and to those who ‘survive’.

Europe’s tools to anticipate economic change are woefully inadequate – often limited to broad skills strategies. Just as European leaders seem to have learnt the lessons of 2008-2009 in terms of Keynesian capital investment, now we need the lessons to be learnt about economic restructuring by our political leaders.

In January 2013, after three years of the major financial crisis, Spanish Socialist MEP, Alejandro Cercas, presented a unique proposal to the plenary chamber in Strasbourg.  Using the new parliamentary right to initiative legislation (TFEU article 225), he presented draft legislation on the Information and consultation of workers, anticipation and management of restructuring.

Today, as in 2013, different national and regional policy and legal frameworks regarding the management of change operate in the EU, increasing inequalities between workers and creating distortions between companies.

In that context, the ‘Cercas initiative’ aimed at establishing a European level playing field by setting EU minimum standards promoting a pro-active and socially responsible approach to anticipating and managing change.

The proposals set out measures to anticipate change, ensure the sustainability of the company and employability of the workforce, as well as the need for detailed social plans in cases of restructuring with clear roles for all stakeholders (social partners, public authorities).

The report called for a European framework relying on five key elements:

None of these proposals is really new. They have been successfully implemented as demonstrated already in a number of member states and regions, and they now need to be promoted at EU level.

Speaking ahead of the adoption of his report by the European Parliament, Cercas stated “In these three years we have lost two jobs for each of those created and we have already lost 10% of the industrial fabric of the European Union.

We must do something to make it better and so that the despair that pervades millions of workers today, in dozens of regions, in towns and industrial zones, changes”.

It is high time that the EU Commission put forward a proposal for a European legal framework on the anticipation and the management of change. This would be a stepping stone towards a more resilient and sustainable European economy and society – turning Just Transition from rhetoric to reality.