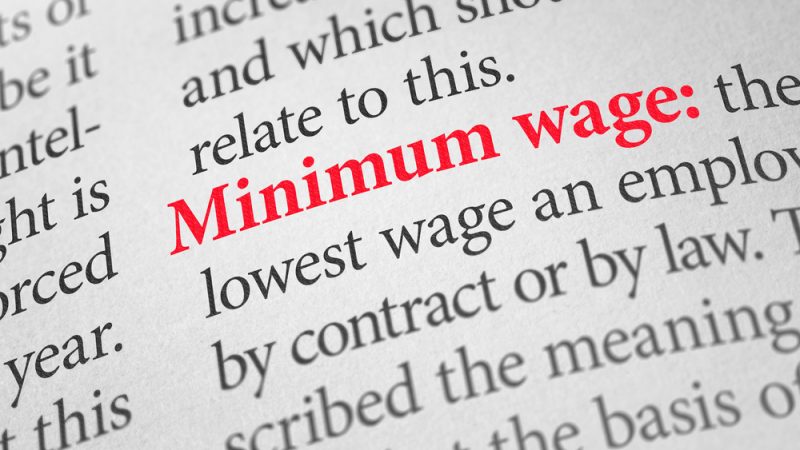 The European Parliament are set to adopt a text that would be a huge step towards delivering a living wage to millions across the EU – but the directive’s future is now in question as a group of Nordic MEPs try to stop it in its tracks. [Shutterstock/Zerbor]

The European Parliament is set to adopt a text that would be a huge step towards delivering a living wage to millions across the EU – but the directive’s future is now in question as a group of Nordic MEPs try to stop it in its tracks, writes Alva Finn.

Alva Finn is the secretary-general of Social Platform, the largest, leading organisation working on social issues.

If there’s one thing that people from across the political spectrum can agree on, it is that everyone should be paid fairly for the work that they do.

This week, members of the European Parliament are set to approve the report on the Directive on Adequate Minimum Wages, but attempts by Swedish and Danish MEPs to block the Directive are derailing efforts to give all workers in the EU a living wage.

There are huge disparities between minimum wage levels in EU Member States: from just €332 per month in Bulgaria to over €2,000 per month in Luxembourg.

Despite a big difference in living costs between those two countries, more Bulgarians are living in poverty than Luxembourgers: 33.6% compared to 20%.

A shocking 10% of European workers are considered working poor. We need to do better to make sure all people in the EU enjoy their right to earn a living wage.

The pandemic has had a major impact on people’s earning potential. In the EU bubble we are well protected but imagine what this means for people living paycheck to paycheck. Put yourself in the shoes of a single mother in Bulgaria earning a minimum wage that keeps her living in poverty.

Picture yourself being faced with a stark choice this winter: do you feed your children, or pay the energy bills? For MEPs who earn almost €9,000 per month, from countries where average monthly salaries are among the highest in the EU, blocking fair pay seems out of touch.

This is where the EU and its member states must take responsibility.

In the case of Sweden and Denmark, the directive poses no threat to collective bargaining and indeed actually makes the case for strengthening bargaining in those places where it is weak.

Swedish and Danish MEPs should be showing leadership and solidarity by welcoming this Directive which brings the rest of the EU towards their model, but with a baseline requirement to provide a minimum wage for those countries who are just not there yet. This provides hope not just for minimum wages but a better wage structure overall.

If MEPs stall the directive, it will delay progress on minimum wages and would lead to a watered-down directive. There is public support for the EU to do more on wages, with one-quarter of Europeans highlighting it as a priority in a recent Eurobarometer survey on social issues.

If we are to make Europe relevant to people and voters, we need a strong directive that gives the 24 million people in in-work poverty hope so that they never have to make impossible choices like feeding their kids or paying the heating bills.