By Perrine Fournier and Yannick Jadot

Undated picture shows the Liniers Ranch Market, located in the Argentinian neighbourhood of New Chicago, in Buenos Aires. This is Argentina's largest cattle market and one of the biggest in the world to sell and buy the famous Argentinian beef. [EPA/CEZARO DE LUCA]

The trade agreement currently being negotiated by the EU and Mercosur will increase deforestation and accelerate the demise of European farmers by subjecting them to unfair competition, argue Perrine Fournier and Yannick Jadot.

Perrine Fournier is forests and trade campaigner at Fern, the forests and rights NGO. Yannick Jadot is a French Member of the European Parliament with the Greens/EFA group.

A new round of negotiations for a free trade agreement between the European Union (EU) and Mercosur countries – Brazil, Argentina, Paraguay and Uruguay – started last Monday. In the midst of growing divisions over the “Trump tariffs,” the two blocks seem eager to finalise the deal but have very little time to do so, as Brazilian general elections are coming up in October.

Meanwhile, anger continues to mount against negotiations. In France, farmers recently blocked highways, demonstrated in city centers and expressed their anger at Emmanuel Macron at the National Agricultural Show. In Belgium and Ireland, similar demonstrations have taken place.

Their anger is entirely justified. This trade deal will increase poverty and accelerate the demise of European farmers by subjecting them to unfair competition.

One of the main sticking points is beef import quotas in the EU. While beef production in Europe already exceeds consumption, this trade deal will mean entry to the European market of 70,000 to 100,000 tons of beef, which would be added to the 65,000 tons of Canadian beef that entered the market starting this year.

All this imported meat will compete with European farmers on cuts with high added value, such as sirloin and grill meats, which keep afloat many rural breeders who care about providing consumers with quality meats, with specific, traditional breeds. This represents hundreds of lactating cow zones endangered in Europe.

And yet another problem looms large: the quality of imported beef. Safety regulations are less stringent in Latin America, and the industry faces numerous issues, as demonstrated by the Carne Fraca scandal that revealed problems with corruption and food safety in Brazil. 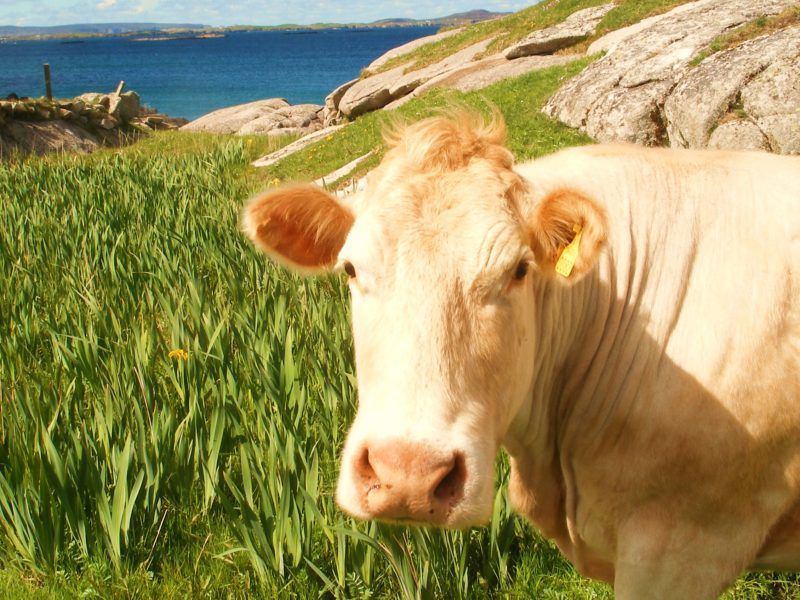 Farmers are nevertheless not the only ones to oppose this deal.

In the Southern Hemisphere, cattle ranching is the main cause of deforestation. This destruction of tropical forests is particularly flagrant in Mercosur countries, notably in Brazil, but also in Paraguay and Argentina.

In a briefing note on the cattle industry and its impact on deforestation and the violation of human rights, forests and rights NGO Fern details some of the devastating impacts of cattle ranching in this region: it is responsible for 80% of deforestation in Brazilian Amazonia, which hosts 40% of the world’s remaining tropical rainforest, as well as terrible forest loss in the Paraguayan part of the Gran Chaco, the second largest forested zone in South America

This rampant deforestation is associated with illegal activities and social conflict: there are countless cases of fake property deeds, incursions into protected zones and repeated violations of human rights, sometimes extending even to the   murder rural people and environmental activists.

The deal between the EU and Mercosur would only worsen this already disastrous situation. It would favor agribusiness, which is taking over indigenous lands and destroying forests to increase output. This output, which relies on the intensive use of glyphosate and GMOs, also has a terrible impact on the health of surrounding populations, not to mention the environmental pollution, competition for resource access and the criminalisation of indigenous leaders.

The European Commission (EC) has been officially alerted to the damaging potential of this deal. An impact study on the deal’s sustainability, carried out in 2008 and ordered by the EC, indicated that “for beef and other products, expansion would add to existing long term pressures on forests which need to be addressed by a stronger regulatory regime”. Unfortunately, the Commission continues to ignore the dramatic impact of these deals on the environment and on health.

In an open letter addressed to the European Commission on April 25th, 26 NGOs reminded the institution that in 2016, the European Ombudsman, Emily O’Reilly, ruled in an historic decision that the EC’s refusal to proceed to an impact study on Human Rights as part of the negotiations for the free trade deal between the EU and Vietnam constituted an act of maladministration. These NGOs asked the Commission to take these impact studies seriously in order to place trade at the service of the greater good.

The EU is committed to stopping deforestation by 2020. Signing the deal with Mercosur as it stands would mean renouncing this commitment and sacrificing forests upon the altar of trade.

What’s happening in Argentina, Brazil and Paraguay is avoidable. As one of the largest importers of beef from Mercosur, the EU has the power to shift the dynamic.

To accomplish this, it must immediately suspend negotiations with Mercosur nations and implement a legislative framework that will prevent any negative impact on forests and forest populations.

Concrete solutions exist. The Commission must offer a Plan of Action to protect forests and respect rights, as urged recently by Germany, France, the United Kingdom, the Netherlands, Denmark, Members of the European Parliament, progressive companies and 120,000 worldwide citizens, who have all called on President Juncker to act. Such binding legislation must guarantee that no products or financial transactions linked to the EU result in deforestation, forest degradation or human rights abuses.

The EU already has laws in place regarding supply chains for illegally logged wood, illegal fishing and conflict minerals. The Mercosur deal reminds us of the urgent need to do the same for agricultural products.