Robots and Brexit: Indicators of the EU’s future? 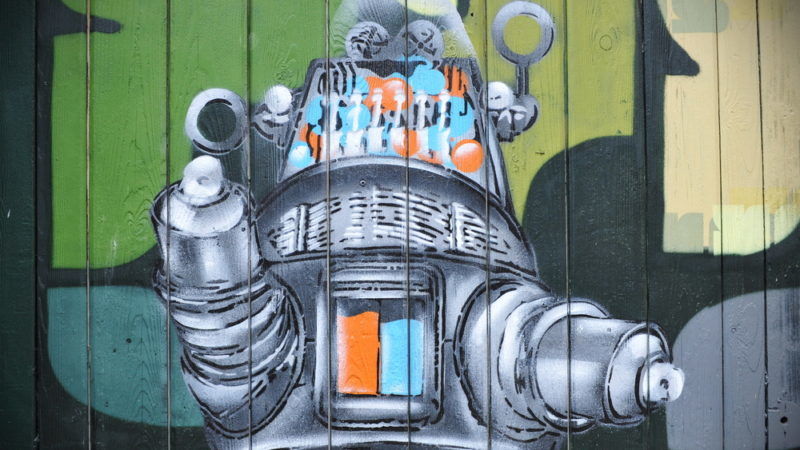 Robotisation is coming and the EU needs to be ready for it.

Many British people voted to leave the EU because they felt like they had been abandoned by the European project. The Union cannot afford to let the same happen when it comes to robotisation, warns Nomi Byström.

Nomi Byström is a postdoctoral researcher in Digital Disruption of Industry at Finland’s Aalto University.

The Brexit vote last June is high on the list of major political shocks in 2016. True, already prior to the result and for years, accusations in the UK against the Union could be exceptionally harsh, even vitriolic.

EU laws, beginning with the banning of crooked cucumbers, were branded ‘barmy’. It mattered little that the Union was made a scapegoat also when there was no foundation in fact.

However, Brexit does have a powerful message: take for granted what you have at your peril. As the EU was eagerly expanding, the Brits that I spoke to lamented that the Union forgot its people: neglecting their concerns, instead it became enamoured with those that it was determined to bring in.

At the moment, the EU already has plenty on its plate with the approaching elections in member states. However, there is another and a fundamental long-term trend that could become the maker or breaker of the Union.

To borrow the Parliament’s resolution of 16 February, robots and other manifestations of artificial intelligence (AI) are about to “unleash a new industrial revolution, which is likely to leave no stratum of society untouched”.

Significantly, robotisation is already both providing new work and taking jobs away. As long as the robot-to-human balance signifies a boost to employment, robots are more likely to be received favourably and without protest.

But as the pace of robotisation accelerates, it may become a different story.  Especially if there will be an intensive transitionary period where masses of people will be laid off yet left to cope on their own. If policies will not be ready, in more countries than one, Europeans could end up feeling neglected like Brits – or much worse.

Then it could become topical that even while societies will be wealthier than ever, vast numbers of people will be struggling with how they and their families make a living. It would be an extraordinary constellation facilitating widespread frustration, desperation and crisis.

The present-day Union is built on a shared project that emerged in the aftermath of the Second World War. It sought nothing less than to prevent conflict between Germany and France: to make war “not merely unthinkable, but materially impossible”.

Remaining true to the Schuman Declaration for the creation of a European Coal and Steel Community the EU’s aims today are still no less than to promote peace and the well-being of its peoples.

The Union’s internal market seeks “full employment”. And the right to work is considered so essential that it can be found in constitutions of member states and the Charter of Fundamental Rights alike.

But if not duly planned for, robotisation could lead to a situation where even unrealistic promises of jobs could wield unprecedented, explosive political power.

Needless to say, the impacts of robotisation will not be unique to the EU. That, nevertheless, will be of little consolation when Europeans facing major adjustments will turn to the Union for help in addition to their own countries.

They will not be satisfied with eloquent declarations or lip service perceived as elitist detachment from reality, but concrete action. Supporting a mass search for new work, training and education; even a purpose in life if work is beyond reach are no minor tasks.

But if the Union cannot provide answers to those made vulnerable by drastic changes, the consequences could make the Brexit vote look like a cakewalk.

The societal role and significance of AI and robots grow by the day. But what matters – what should matter most – are human beings.