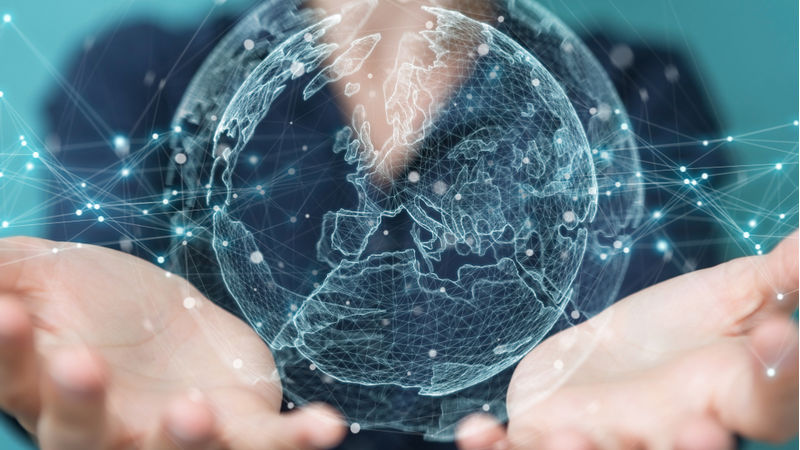 Science and international relations have always been intertwined and this link runs deeper now with the rise of innovation and technologies. However, regulations on new innovations  should also follow the rapid pace of their development, writes Sam Alvis.

Sam Alvis is a policy professional working in EU research, technology and innovation

Science, or at least technology, is intertwined with geopolitics. Scientists have always been globetrotters, sharing techniques and theories to better understand the world. Freud and Jung’s trip to America was central to making psychoanalysis a global paradigm.

Explorers like Alexander von Humboldt were often the first, but unofficial, diplomatic emissaries. Now thousands of bursaries are available for scientists of all ages to explore and develop.

Research has also been central to global power struggles. Technologies from the industrial revolution grew Europe’s empires, while the Space Race was both caused by and drove the Cold War.

Innovation is a great disrupter of geopolitics. Successive communications revolutions have taken away state monopoly on diplomacy; from the Dutch East India Company in the 17th century to anyone with a smartphone in the 21st.

When the internet left US defence labs for the public realm, international relations became a game anyone can play. You’d be hard pushed to find an example of national, tax-payer funded spending with a similar global impact.

When research leaves controlled spaces, diplomacy is vital. Technology doesn’t happen to people but is moulded by those involved. American and European values of freedom and openness created the digital world we have today. The Great Chinese Firewall, or Russian hacking offer a glimpse of what the net could have been (and may still).

Politicians are beginning to understand this as the next wave of revolution changes the world. New deep tech, like Artificial Intelligence, Genome Editing and digital tools such as blockchain are at the forefront of foreign policy interventions.

Nations are jostling for the economic competitiveness that comes with leading new innovation. Pervasive technologies should, in theory, bring in a nice chunk of corporate tax. Although as Margarethe Vestager is proving, this isn’t always so straightforward.

Innovation also brings a host of indirect benefits. Research jobs are often better-paid and therefore higher tax. R&D businesses also work with universities, attracting foreign students and their fees. As the UK has found, people around the globe that have lived, studied and worked in your country does wonders for your soft power.

More importantly, being at the forefront of science and innovation allows a country to stamp technology with its principles. Theresa May’s Davos speech made the appropriate use of data, and ethical AI research the hallmark of a new ‘Digital Britain’.

This approach is crucial to allow research in the public interest to progress with public support. As Europe found out to its cost with GMOs, without the public alongside, you can’t reap the benefits of new tech.

China understands the importance of research to its global status. As a paper by the economic think tank Bruegel reported last year, China is rapidly becoming a science powerhouse. They now account for 20% of global research, while Chinese spending on R&D is rising faster than the US and EU.

For the liberal world order, this is a challenge. Chinese attitudes to personal data are a world away from Europe. One of the reasons they are leading the AI revolution is state access to over a billion people and their data, with little to no public pushback.

Meanwhile Europe, through the General Data Protection Regulation, is going the other way, giving the public more power and rights over their data. Recent stories about cloning monkeys show that differences in attitudes towards consent and transparency can become a global issue when they threaten biosecurity.

Recognising increased competition, Europe is upping its game. Framework Programme 9, the next EU funding stream for research, promises to be bigger and bolder, doing more to get technology to the public, faster.

Macron’s September call for a new intergovernmental agency for disruptive innovation reflects Europe’s awareness that scientific cooperation is the only way to challenge globally. As well as global connections strong European relations, through institutions like CERN or EMBL, allow Europe to do research at the scale needed to compete.

There is still though a disconnect between Europe’s research excellence and Federica Mogherini’s Global Strategy. Although Framework Programme 9 may be different, Horizon 2020 made it difficult for European researchers to collaborate with other countries.

Science and diplomacy should be more than just basic research. Brussels could previously rely on the pull of its market to set the rules that innovative companies abroad must play by. But with deep tech, regulation comes too late.

European values need to be embedded in how research is conducted now to shape how innovation is used later. EU-Chinese co-patents have been stagnant for decades, missing an opportunity to influence. When state-backed foreign companies enter EU markets, with access to citizen’s data, it will take more than a fine from the Commission to rebuild security and public confidence.

State-supported science has always provided an apolitical, bare minimum of diplomatic contact. New technologies are blurring that line. Brussels has big decisions to make where personal, private, and geopolitical interests meet. The EU has the expertise but needs to be better at connecting its dots to shape the new frontier of international relations.