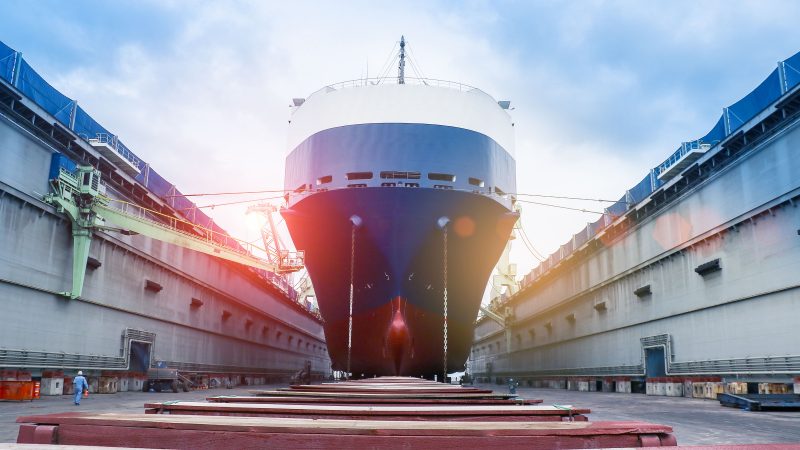 For decades, the European Commission is fully aware that European shipyards suffer from a unique legal gap in trade defence instruments. Since ships are not imported into the EU customs territory, shipyards – in contrast to other manufacturers of goods – cannot benefit from trade defence protection, such as anti-dumping measures. Already in 1988, the European Commission concluded that “The Commission could not  refuse to allow this industry the trade defence weapons available to other industries and it will consider  introducing a mechanism for a levy to offset the damage caused to European shipbuilding.” (2)

While there have been several attempts at the global level to address unfair competition, none of them has so far had a satisfactory result. Instead of achieving a global solution, the European Commission decided to tighten its state aid rules for shipbuilding in 1998, with no other foreign shipbuilding nation following the EU  approach. In addition, while removing nearly all financial support instruments to EU shipyards, the European  Commission recommended Member States to link support to their shipping sector to a European-built requirement so that EU shipyards would be supported by additional domestic demand. Unfortunately, also this concept, frequently found all around the world, has never been implemented within the EU.

As a result, Europe has lost nearly its entire merchant shipbuilding and part of its offshore shipbuilding to Asia.  Europe’s market share declined from 45% in the 80ies to 5% today. To date, Asia, having understood the strategic importance of the sector, is aggressively expanding into Europe’s remaining complex shipbuilding industry.

In the context of the discussions on competitive distortions from foreign subsidies, following the White Paper on Foreign Subsidies, the European Commission has a unique momentum to solve eventually the longstanding legal problem in trade defence instruments of European shipyards.

It is against this background that we – CEOs of some of Europe’s major shipyards – call upon the political support from the European Commission to do exactly what was promised in 1988, i.e., safeguard European shipyards by tackling competitive distortions from Asia’s subsidies in shipbuilding. The time for action is now!

Covid-19 has shown that there are big risks for Europe in being dependent on foreign nations. This is also valid for shipbuilding. Without its own shipyards, Europe will become entirely dependent on Asian shipbuilding to build or retrofit zero-emission ships – in line with the European Green Deal – that the EU needs to protect its defence and maritime borders and to access its seas, trade and Blue Economy.

Europe cannot afford the luxury to wait for another 30 years without policy actions in support of its strategic shipbuilding industry3. Without prompt actions, to start from solving the afore-mentioned legal gap in trade defence instruments, Europe will lose its global leadership in complex shipbuilding, with negative knock-on effects to its strategic maritime autonomy, to its maritime supply chain and to the 1 million jobs that the sector creates in Europe’s maritime regions.