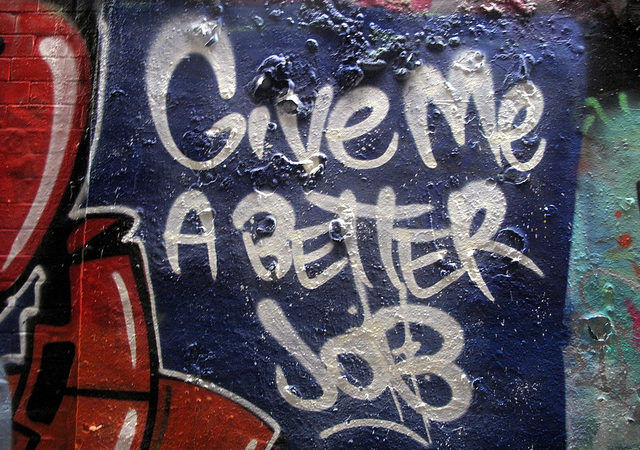 Lynch:"President Juncker’s Investment Plan was welcome, but is failing to mobilise adequate funds and direct them towards countries and sectors most in need." [duncan c/Flickr]

Esther Lynch is the confederal secretary of the European Trade Union Confederation.

In March, the European Commission is due to put flesh on the bones of its long-awaited social pillar, to achieve the ‘Triple A’ Social Europe promised by Jean-Claude Juncker back in 2014.

After more than two years of talk, expectations are high. The Commission’s consultation elicited 16,500 responses – 15,500 from trade union organisations. The EU’s state of crisis is evident, and in this context, the forthcoming proposal has a much wider significance. It’s about the very future of Europe.

The content of the social pillar will reveal whether the Commission has really understood the extent of the challenge, and has the vision and the ability to provide solutions. The forces eager to blame the EU for every problem – Marine Le Pen, Brexit, nationalist movements across Europe – want to repatriate powers and undo the EU’s social framework.

In response, the EU must show it is the solution, not the problem. The fall-out from a weak or empty social pillar proposal should not be underestimated.

Social Europe has been interpreted by some sections of business and media – especially in the misleading campaign for Brexit – as a burdensome web of regulations that hobble innovation and enterprise.

We cannot accept that claim. There is ample evidence that social rights support business, promote innovation and protect against ruinous competition by establishing a threshold of decency.

There are big questions that the social pillar must address. Number one is work: the need for quality jobs. Over 20 million Europeans are still out of work. The rate of long-term unemployment doubled between 2009 and 2014, and lack of work –  hope for the future – is blighting the life chances of almost one in five young people.

Commission President Juncker has declared himself in favour of secure jobs with permanent contracts, yet insecure and low-paid work is on the rise everywhere. We need rules to promote good-quality work and control ‘flexibility’ and casualisation.

We need better enforcement of existing rights, for example applying them to online platforms and preventing the exploitation of workers through zero-hours contracts or bogus self-employment.

All over Europe, the number of unscrupulous employers using unfair working arrangements and abusing EU employment rules has got out of hand.  The EU must stop posing a threat to the rights that the labour movement has fought so hard to obtain over the last century.

To create jobs, Europe needs investment, especially public investment. President Juncker’s Investment Plan was welcome but is failing to mobilise adequate funds and direct them towards countries and sectors most in need.

The social pillar must not be crushed by the weight of EU economic policies. Social standards must be implemented and monitored through a strong process of social governance. The Stability and Growth Pact needs to be revised to allow higher investment in public services and infrastructure.

Setting up a European Treasury would be the best way to raise funds for public investment and for sustainable European economic recovery.

The ETUC has recently launched a campaign for higher wages across the EU. Since the crisis, pay has failed to keep pace with rising productivity, and low wages have caused widespread hardship and undermined internal demand and social equality.

For the ETUC, increasing the number of workers who are covered by collective agreements will be a benchmark for judging the Pillar’s success.

The European Pillar of Social Rights needs above all to restore faith in Europe and in the EU’s ability to bring better living and working conditions to all: guaranteeing universal access to vital public services such as healthcare, transport and childcare, and adequate social protection for all.

The EU’s founding treaty, signed 60 years ago, pledges to work for full employment and social progress: this must apply in all member states. One of the casualties of the recent crisis was social security systems.

The EU cannot ignore the consequences of the reforms imposed as a condition for financial assistance. Restoring workers’ faith that they will be guaranteed an income that allows them to live with dignity while unemployed, during periods of ill health and in retirement is essential.

To restore public confidence, the Pillar of Social Rights must be more than a statement of good intent. It must be backed up by a range of tools including legislation but also recommendations, benchmarking, monitoring and evaluation. And it must be funded.

In the end, the Commission’s proposals will be judged by European citizens and workers. If the European Pillar of Social Rights fails to make a real and positive difference to the lives of working people, then the European Union could be coming apart at the seams.