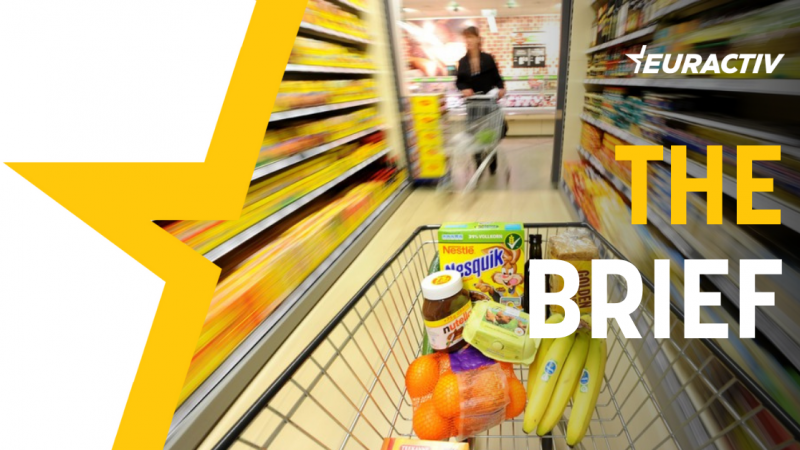 With the pandemic raging around us and hefty price rises hitting Europeans in their pocketbooks, anyone immune from the January blues should be instructed to share their secret with the rest of us.

A continent-wide spike in energy prices is the single biggest driver of rising inflation – energy bills are now about 25% up on last year. Some governments are introducing subsidies or direct price controls to limit the pain, largely due to reduced gas deliveries from Russia.

Inflation across the EU has cleared 5%, and the figure has reached 10% in several eastern European countries, where reliance on Russian energy is more pronounced. Wages are increasing too but at a much slower rate.

For millions of Europeans, that equation will inevitably mean austerity and increased social inequality and poverty. The European Central Bank, whose own staff union demands a 5% pay rise to keep it in line with prices, says this inflationary spike is a temporary blip.

Inflation and interest rates used to be the bread and butter of central bankers and economists. Yet Europe has not seen inflation of this scale for close to thirty years, back when the euro was still a glint in Jacques Delors’ eye.

During that period, and particularly since the eurozone debt crisis, the ECB and others have evolved into quasi-market makers and lenders of the last resort, much to the chagrin of Germany.

The inflation debate is most prominent in Germany, where the Bundesbank doctrine of central banking, also enshrined in the ECB’s mandate, is that monetary policy is about price stability and little else. In other words, keeping inflation under control.

The trouble is that the Bank’s room for manoeuvre is distinctly limited with the pandemic still persisting and economic recovery fragile. But the one tried and tested method – hiking interest rates – would risk choking off recovery, and fiscal tightening after years of quantitative easing would leave many eurozone countries at the mercy of the market.

The advice from Frankfurt is that we just have to wait it out, and inflation will fall back below the bank’s 2% target in 2023 and 2024.

But holding that line depends on the ECB being right, and there are no guarantees. A conflict in Ukraine could increase gas prices even further in the coming months.

In the meantime, there are signs that the quiescence of Germany’s economic and banking community cannot be taken for granted. France and Italy are pushing for fiscal rules in the EU’s Stability and Growth Pact to be relaxed to encourage investment.

German inflation is running at 6%, and Germans could well ask why, when their living standards are falling because of price rises, they should still be asked to bail out others.

With the centre-right CDU now in opposition, and Angela Merkel in retirement, quiet acceptance of inflation could quickly come to an end. What exactly will take its place remains to be seen.

EU lawmakers from across the political spectrum are furious about the European Commission’s refusal to consult them on a draft proposal to label gas and nuclear as a “transitional” source of energy, parliamentary sources have told EURACTIV.

The EU needs to ensure that African states do not bear the brunt of its carbon border levy Senegal’s President has warned EU leaders, in the run up to next month’s EU–African Union summit in Brussels.

A citizens’ panel dedicated to the environment, climate change, and health, held in Warsaw in January, found no agreement for a recommendation on nuclear energy, despite being one of the most debated issues.

In a new position paper, the German trade association BDI advocated for a “package solution” for Swiss-EU relations, which have suffered since the Swiss government walked away from negotiations for a framework agreement in May 2021.

Meanwhile, German Chancellor Olaf Scholz has championed the creation of a “climate club”, bringing together large economies pushing for more ambitious climate action. But as the EU pushes for a carbon tariff at its border, he is walking a diplomatic tightrope.

While the German Greens in the coalition government succeeded in blocking Nord Stream 2 at the certification stage, there are fears the SPD could prevail, and the pipeline becomes operational, according to Urszula Zielińska, a Polish MP in an interview.

In Austria, the parliament has passed a climate levy on fossil fuels as a part of the much-praised eco-social tax reform. Passed on Thursday (20 January), the reform will see the levy paid back to taxpayers in the form of a climate bonus.

China condemned a French parliament resolution on Friday that accuses Beijing of carrying out a genocide against its Uyghur Muslim population, a move that has strained ties two weeks before the Winter Olympics.

Last but not least, check out our Digital Brief for a roundup of weekly news.