The Brief, powered by APPLiA — A tax needs global defence 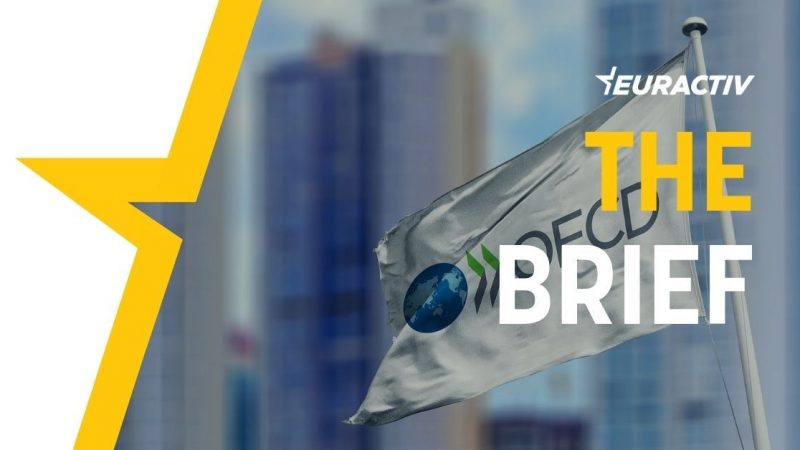 Global agreements on tax and international finance are so rare that it is tough to begrudge politicians for leaping on them. No surprise, then, that last week’s OECD tax deal was followed by a collective round of back–slapping and self–congratulation. European Commission President Ursula von der Leyen described it as “a historic moment”.

And the hyperbole was not just on this side of the Atlantic. US Treasury Secretary Janet Yellen told reporters that the agreement “will stop the four-decade-long race to the bottom of corporate taxation”.

It would be churlish to dismiss the agreement in its entirety. Establishing the principle that multinational firms can be taxed where they generate profit, instead of where they are located, and setting a minimum corporate tax rate of 15%, marks a step forward and will boost treasury tax revenues that have been badly hit by the Covid pandemic.

Equally important is that EU legislation to put the agreement into force looks like it will be passed, and could involve other more ambitious measures to tackle tax evasion.

After so many years of having its hands tied by the need for unanimity, usually by the likes of Luxembourg, Ireland, Cyprus, and Malta, all tax havens in their different ways, the EU finally has a breakthrough.

But while we can welcome a move forward, it is still only a baby step.

We can haggle over the level of ambition in the new tax rate or its scope. But the OECD deal has one major, irredeemable flaw: it will not significantly help the developing countries, who currently lose the most to illicit financial flows and companies gaming the tax system.

Indeed, they were not even involved in the negotiations.

The OECD may have a reputation as a club for wealthy countries with good intentions, but its 38 full members include no developing countries. The ‘Inclusive framework’ set up by the OECD to discuss international tax policy, only includes 27 of the 54 African states, meanwhile.

Let’s not kid ourselves that there is anything terribly progressive about a tax system which is decided upon solely by wealthy states without the involvement of those who are the main victims of illicit financial flows and tax evasion.

The G77 group of developing countries has been campaigning for years for global tax policies to be entrusted to a new tax body under the auspices of the United Nations on which they would be represented. The EU, together with the United States and Japan, have blocked the proposal.

Nigeria and Kenya were among the African nations to withhold their support for the OECD package. Other finance ministers complained that they had effectively been presented with a choice between two bad options.

This may not be problematic immediately, but until the tax regime is genuinely global, loopholes will continue to exist and that, in turn, means that firms will be able to avoid paying their share.

Ahead of next year’s parliamentary elections in Hungary, EURACTIV spoke to the two contenders who hope to end the 12-year-long rule of Viktor Orban’s nationalist Fidesz.

Almost three in ten black employees feel discriminated against by their employer while four in ten have left a job due to a lack of workplace diversity and inclusion, according to a new UK survey published on Friday (15 October).

Slovenian Prime Minister Janez Janša is facing criticism after tweeting that some MEPs are “Soros puppets”. The MEP’s under attack included Sophie in ‘t Veld, the chair of a fact-finding mission currently examining Slovenia’s compliance with the rule of law and media freedom covenants.

Finally, like every Friday, our weekly Digital Brief brings you all the latest digital news: be sure to check it out.

One response to “The Brief, powered by APPLiA — A tax needs global defence”