The Brief, powered by APPLiA – When a bailout fund needs a backstop 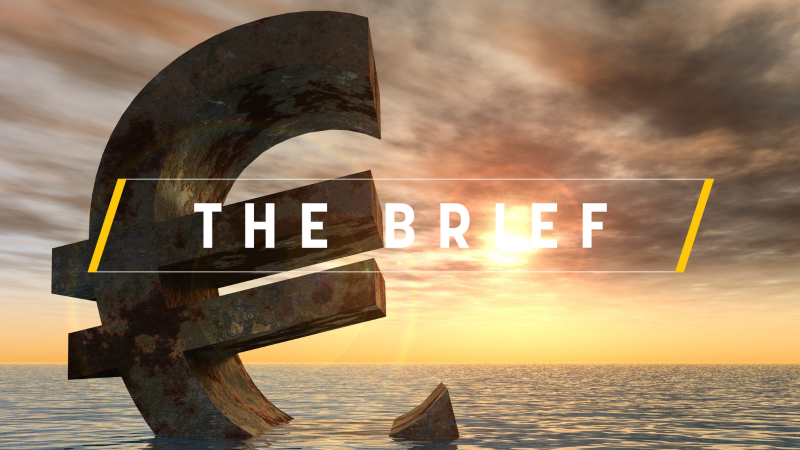 Hurriedly set up a decade ago as a special purpose vehicle domiciled in Luxembourg, the European Stability Mechanism looks and sounds like a relic of crises past.

After being at the centre of attention for the bailouts of five eurozone countries, along with Mario Draghi’s European Central Bank, the ESM and all things bailout-related are obscure again, and that is a good thing.

The eurozone had got over the threat of default by around 2014 and almost all of the major banking union legislation has been stuck ever since. Establishing deposit guarantee schemes to protect savings across the bloc are almost as much a taboo topic as they were in 2010.

The question now is whether the emergency government spending and budget deficits resulting from the COVID-19 pandemic will lead to defaults and debt distress across the globe. A handful of countries, mostly developing economies, will probably default over the next twelve months because of unsustainable new debts built up because of the pandemic.

ECB chief economist, Phillip Lane, said last week that the eurozone would not face a debt crisis, although debt burdens would increase substantially as a result of the pandemic.

For now, and the foreseeable future, Lane is right. The eurozone’s safety is, in part, the result of a benign bond market.

Ten-year government bonds for Italy or Greece, who still have the largest debt burdens in the bloc, are trading at between 0.60 and 0.70%, close to the same level as the benchmark German bund a decade ago. Anything over 7% is considered to be unsustainable.

So Monday’s announcement that eurozone finance ministers have agreed on reforms to the ESM treaty might seem irrelevant to all but the central banking community. Under the deal, the bloc’s Single Resolution Fund will be able to provide extra cash for bank rescues from the ESM, should the fund run out of money.

After a year of delay, Italy has dropped its opposition to accompanying reforms that would make it easier to force investors to take losses in a country’s debt restructuring.

The new ESM treaty should now be ratified next year so that it can enter into force before the end of 2021.

It may be technical but it still matters. Even if we assume that the EU’s €750 billion recovery fund comes into force – keeping a large chunk of public spending off national treasury budget sheets – the average debt burden across the EU is going to be higher than 100% by the end of 2020.

Debt burdens are almost certain to increase further in 2021, by the end of which ministers will be under pressure to increase taxes and cut spending. A bumpy recovery could yet create another debt crisis.

The sun may not be shining, but it’s still best to fix the roof before the rain has a chance to fall.

Thousands of Europeans living in the UK risk missing the deadline to apply for settled status in Britain because they are unaware of the new settlement scheme or lack the digital skills to complete the application, according to new research.

After French President Emmanuel Macron said NATO was suffering “brain death” last year, a report to be published on Tuesday on reforming the alliance proposes solutions on how to stay relevant in face of new challenges from Russia and China. It contains some controversial proposals, too.

Regular consumption of whole-grains significantly reduces the risk of death,  a recent paper by the food branch of the United Nations has found, with stakeholders now calling for more action to promote whole-grains as part of a healthy diet.

Europe’s transport sector is one of the few parts of the economy where emissions are still growing and as policy-makers mull how best to reduce mobility’s environmental impact, the idea of cranking up efficiency through next-generation technology is building momentum.