The Brief, powered by EHFG – Let’s talk about debt, but not just yet 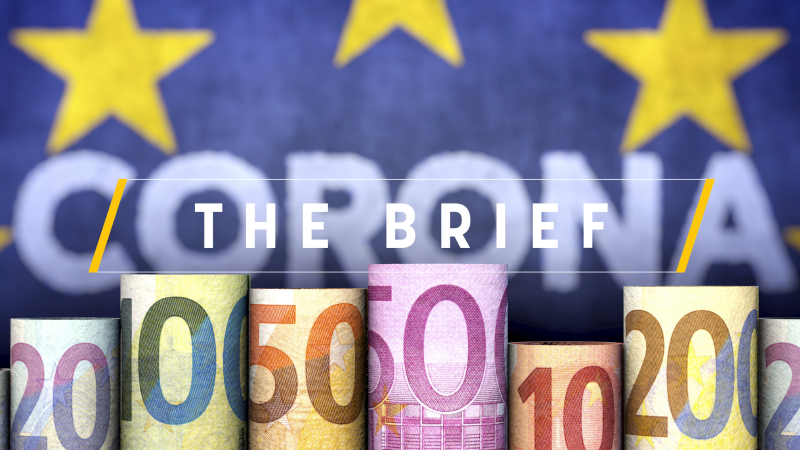 With millions of Europeans having seen their paycheques and balance sheets cushioned by furlough money and no-strings-attached loans, it might be easy to think that the so-called ‘magic money tree’ not only exists but is laden with bountiful riches. Like all highs, this one will wear off. ‘Free’ money ain’t free.

The average debt to GDP ratio across the eurozone was 87% in 2019, before the COVID-19 pandemic hit. Government debt across the single currency bloc is now set to increase by some 15% of GDP to more than 100% GDP in 2020. Italy, Spain and Greece are likely to see debt-to-GDP ratios surging by more than 25%.

These debt piles will only get bigger. With Europe in the midst of COVID’s second wave, even if there is mass availability of an effective vaccine by spring, emergency support measures will certainly be needed for most, if not all, of 2021. Debt burdens will be significantly higher this time next year.

ING’s Carsten Brzeski reckons that it could take until 2029 for the eurozone to return to pre-crisis debt levels.

The European Commission’s stance since March has been on the mark: member states must do what it takes to keep afloat.

On Wednesday, its autumn recommendation was that national fiscal policies “remain supportive in 2021”, and that treasuries look to “reorient fiscal policies towards achieving prudent medium-term positions once epidemiological and economic conditions allow”.

“The suspension of the fiscal rules must not become a permanent feature of EU fiscal policy-making,” he added.

One of the EPP’s fiscal hawks during the eurozone debt crisis a decade ago, Ferber is right to warn that the EU may soon face a new debt crisis and that the era of COVID-induced handouts cannot go on much longer.

But the word ‘urgently’ is misplaced. What is ‘urgent’ right now is that Europe avoid mass unemployment and commercial bankruptcies, both of which would be more expensive than the current support measures.

For another thing, EU leaders would be well-advised to accept that the debt and deficit rules in the Stability and Growth Pact were established in good times and are, to all intents and purposes, redundant.

The 60% debt burden set out in the SGP is a pipedream. Few countries in the eurozone will be close to hitting it by the end of the decade. Nor should they be forced to make massive public spending cuts that would balance budgets in the short-term at the expense of stunting the recovery. Governments will need flexibility.

The process of unwinding the unprecedented emergency measures will be longer and bumpier than previous recessions. That is why reversing this week’s destructive and profoundly ill-judged Hungarian and Polish vetoes of the EU budget and recovery fund is so crucial.

Many EU countries simply do not have the means to prop up the millions of businesses and individuals who have had to put their work on hold. They are reliant on the borrowing-funded EU €750 billion recovery fund keeping a large chunk of public spending off their balance sheets to keep the bond markets at bay.

At some point, probably next year, taxes will have to go up and support measures be withdrawn. But we’re not there yet. The biggest danger right now is not debt but choking off a fragile recovery.

Bulgaria vetoed the decision to open EU accession negotiations with North Macedonia, a move which indirectly also affects Albania, another Western Balkans candidate that has advanced on its EU path in tandem with Skopje.

EU chief diplomat Josep Borrell and Commissioner for International Partnerships Jutta Urpilainen held a teleconference with ministers from the five former Soviet republics of Central Asia, with which the EU is trying to forge closer relations.

2 responses to “The Brief, powered by EHFG – Let’s talk about debt, but not just yet”