The Brief, powered by Facebook – On trade, politics is still king 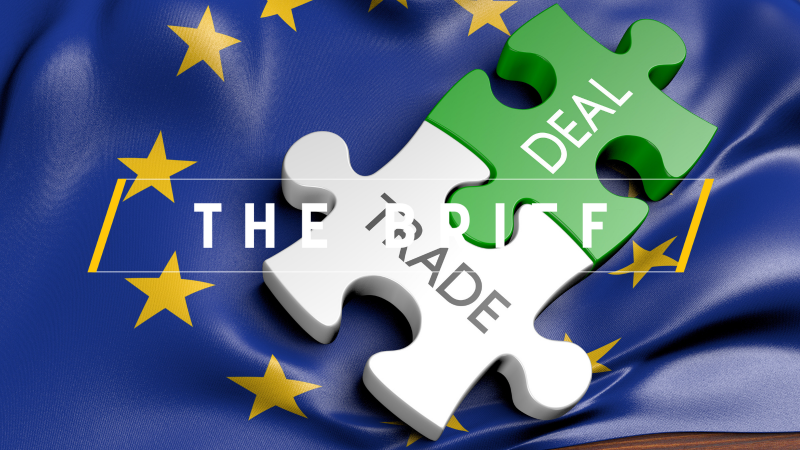 The European Commission likes to proclaim itself a defender and promoter of free trade and the review of EU trade policy, the public consultation on which closed last week, is only likely to double down on that promise. But the reality is much more complicated.

Even in the post-COVID-19 world, where economies should be desperate to increase trade flows so badly disrupted by the pandemic to create jobs and growth, there will still be cases where protectionism, and politics, is king.

Joe Biden’s election as US president offers the prospect of a reset of EU-US trade relations. Yet, the EU move on US trade policy since the American election has been to impose higher tariffs on US planes and agricultural goods. It was the latest act of a long-running trade battle over subsidies for aerospace giants Boeing (US) and Airbus (EU).

Then there is EU’s trade deal with Mercosur, the South American trade bloc, which appears to be dying a slow death after almost 20 years of negotiations

The official reason is that the environment policy of Brazilian President Jair Bolsonaro’s government is destroying huge swathes of the Amazon. That is true and France, the Netherlands and Austria now say they will not ratify the EU-Mercosur pact.

But it’s not the real reason for their opposition. It is the agricultural lobby that is piling on the pressure.

While the Mercosur deal offers some market opportunities for EU farmers and companies, many European producers fear the agreement will crowd them out by giving improved market access for big agricultural giants like Brazil and Argentina.

If agriculture looks like sinking Mercosur, as it did the moth-balled talks on an EU-US trade pact (TTIP, if anyone still remembers), there are growing concerns that the EU’s environmental policy will become a barrier to improving trade relations with developing economies.

With the EU and African Union negotiating on revising trade and political ties, a number of African government ministers fear that the Von der Leyen Commission’s Green New Deal will become, albeit unintended, a barrier preventing African countries from having fairer trade relations with Europe.

African officials worry that the EU’s proposed carbon tax, if it is imposed on imports at the EU border for products from sectors at risk of carbon leakage, will catch their exports. It could also prevent them from building up their own industrial capacity

There’s nothing wrong with protecting vital economic sectors, or in exporting standards on the environment or climate change. That’s politics, baby, and everyone does it. But if the EU really is going to be honest with itself as it reviews its trade agenda, it should acknowledge that its trade policy is as much about politics as it is about hard economic logic.

The way EU money is spent and doubts about its recipients are more of a concern than the actual size of spending for the population of countries traditionally thought of as fiscally conservative, according to a new poll.

Turkish President Recep Tayyip Erdoğan will step back from his aggressive stance toward Europe “in the first sign of EU unity”, a source in Brussels told EURACTIV.

The challenging procedure of ratifying the EU-Mercosur deal is being held up due to a combination of the COVID-19 health crisis and considerable criticism from member states.

Brazil voted against the 2021 budget of the UN Biodiversity Conference last week and a new text is due to be proposed this Wednesday, but the clock is ticking.