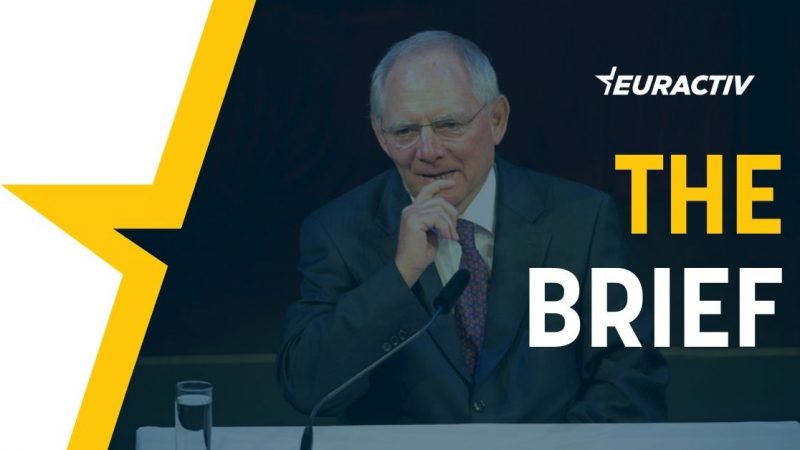 “Borrowing in times of crisis to stabilise the economy makes sense, as long as the question of repayment is not forgotten.”

So says Bundestag president and former German finance minister Wolfgang Schäuble, a welcome, if unlikely, convert to Keynesian economics. Schäuble is one of Europe’s more divisive politicians, but in this case, it’s hard to argue with him.

It is very easy indeed to get addicted to the fruits of the magic money tree and forget that it needs to be replenished.

The fear of Schäuble, and a growing number of economists, is that the massive stimulus measures designed to pump cash into our economies without providing new goods and services to buy will drive up prices and cause inflation.

There are already signs that this is happening. In the UK, which ran a 15% budget deficit last year, driven by massive state handouts to businesses and workers, property values have risen 10%. This at a time when the service sector has been devastated and unemployment gone up. It defies economic logic.

In the EU, prices are also rising, although inflation is currently close to the European Central Bank’s 2% annual target.

Schäuble’s name still strikes fear into the hearts of much of the EU – and with good reason. During the eurozone crisis, Schaeuble was one of the bone-dry austerity obsessives whose insistence on cutting spending pushed the eurozone into a double-dip recession.

His economic medicine of choice nearly killed the patient. Deficits slowly fell, but at the cost of mass unemployment across southern Europe.

Both the EU and member states will face tough decisions over how and when to pay the bill for the pandemic. The EU’s €800 billion recovery fund, which the Commission will start borrowing in the coming weeks, will have to be paid for just like national stimulus programmes.

That will almost inevitably mean hefty tax increases down the line. The alternative, as debt burdens climb to an average of over 100% of GDP, is that debt servicing will swallow an ever-increasing portion of public spending and another debt crisis.

But now is not the time to turn off the taps. We are still in the midst of the pandemic and Europe’s tourist and service industries face another lost year. Cutting off financial support too soon would increase unemployment and choke off the recovery just as it starts, the precise mistake that Schäuble and the European Commission made a decade ago.

Schäuble says that a European debt redemption fund is the way forward. He might be correct, but for the moment, this is a debate about an unknown future scenario. What is clear right now is that until the recovery is on firmer ground, inflation and debt are the lesser of two evils.

The EU and the UK concluded on Wednesday (2 June) an agreement setting out catch limits for jointly managed fish stocks for 2021, the first annual deal under the new trade pact between London and Brussels.

Organic farmers have been protesting in Paris against a potential cut in aid for organic farmers in the future CAP. But the French agriculture minister insists their calculations are “biased”.

The liberal Renew Europe group in the European Parliament pledged on Wednesday (2 May) to seek a majority in the legislative’s plenary sitting next week to sue the European executive for failing to apply a rule tying disbursement of EU funds to the rule of law situation in member countries.

The European Court of Justice ruled on Thursday (3 June) that Germany “systematically and persistently” exceeded the annual limit values ​​for nitrogen oxide in Berlin, Dortmund, Hamburg and many other cities.

EU lawmakers are to battle over whether online platforms should be required to open their algorithms to scrutiny, making them accountable for fundamental rights violations, after the European Parliament published its initial revisions to the planned Digital Services Act. The new blueprint also includes stronger opt-in and enforcement measures.

One response to “The Brief, powered by UNESDA – Europe’s debt disciple raises the alarm”