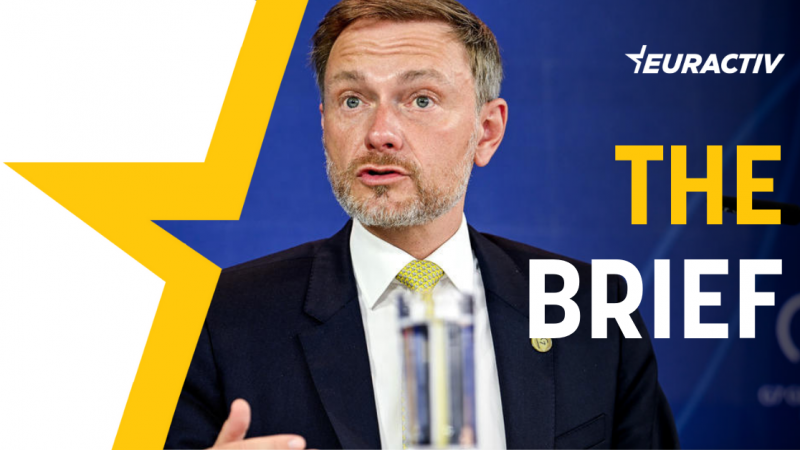 The European Commission’s announcement that the EU’s rules on debt and deficits will remain suspended for another year has triggered a fierce reaction in Germany, whose finance minister – the liberal Christian Lindner – employed language reminiscent of Berlin’s austerity policy under Angela Merkel.

Lindner’s inauguration in December gave many Southern European leaders shivers. He has a well-cultivated reputation as a fiscal hawk and his opposition to reform of the Stability and Growth Pact was well known in European capitals.

However, in his first months in office, the new finance minister was much more conciliatory than many observers had expected.

Lindner addressed the concerns of his European counterparts directly, stating that he is a “friendly hawk” open to discussing the proposals of the southern member states, who asked for more leeway when it comes to government spending.

However, it seems that the tides have now changed. Gone is the ‘friendly hawk’ and Lindner has reverted to using the language of austerity.

“One can become addicted to public debt. And we need to end the addiction to more and more debt as soon as possible,” he stated after the Commission’s announcement.

During the euro crisis, Germany was frequently accused of imposing its own vision of budgetary austerity on other member states, most notably Greece. It is a tradition that Lindner is now embracing.

He gave other member states the “advice” to take budgetary consolidation “very seriously, just like Germany,” and called into doubt the Commission’s assessment of the suspension of the fiscal rules.

“All data would have argued in favour of […] a return to normality in the preventive arm of the Stability and Growth Pact as well,” he told a press conference on Tuesday.

This change in language is not accidental. However, the roots of this confrontational course lie not in Europe, but in the political developments at home.

His liberal FDP has suffered major losses in recent state elections in both Schleswig Holstein and North Rhine Westphalia, as voters switched either to the more conservative CDU or the more progressive Greens, putting intense pressure on Lindner – the FDP party leader.

The return of fiscal hawkishness is therefore not really directed at the southern member states or the Commission’s actions, but is more of a message to his own electorate.

With the FDP bleeding voters left and right, Lindner is probably looking at how he can redefine his role in the ‘traffic light’ coalition government in Berlin.

As most FDP voters are in favour of frugality and are eying the increasing debts of the southern EU countries with rising concern, playing tough is a way for Lindner to reassure voters that the FDP is still the party of fiscal discipline.

Whether he will walk the talk in meetings with his EU peers remains to be seen.

Russia is ready to allow vessels carrying food to leave Ukraine, said Russian Deputy Foreign Minister Andrei Rudenko Wednesday, in return for the lifting of some sanctions. The lack of significant grain exports from Ukraine ports is contributing to a growing global food crisis.

While European heat pump manufacturers are still considered competitive, the European Commission has signalled it’s monitoring the threat of losing its edge in that industry.

In other news, while he’s long impressed the farming sector, Marc Fesneau, who will take over France’s Ministry of Agriculture and Food Sovereignty, has been criticised for his past record on animal welfare.

Last not but not least, check out our latest Green Brief and the Health Brief.