The Brief – Wifi by the sea 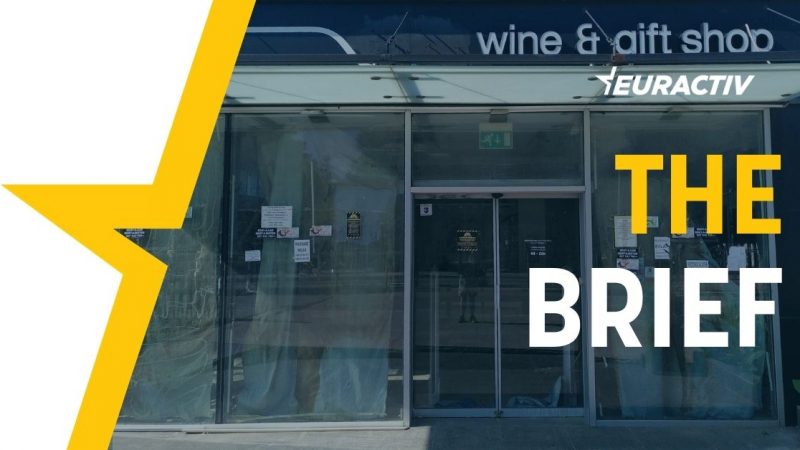 Sitting on the beach with an overpriced cocktail in the Montenegrin resort town of Budva while furiously typing away stories on EU affairs would sound like a dream if it was not preceded by a desperate tour-de-ville looking for a stable wireless connection.

This in a country where a quick online search on highway tolls yielded the result: “There are no highways in Montenegro.”

And yet, technology and connectivity will be crucial to COVID-battered economies seeking to attract digital nomads able to work from any location, boosted by the sudden workplace flexibility afforded by the pandemic.

Some EU countries already seem to be jumping on the digital nomad train: Croatia is allowing non-EU workers to stay an income-tax-free year, competing with similar programs in Czechia and Estonia, while Romania is looking to launch its own special visa soon.

However, while drawing in highly skilled, high-earning professionals might seem like a no-brainer for individual countries, it is bound to lead to new headaches for Brussels.

There is currently no EU-wide legislation on telework, leaving a significant gap in labour protection for remote workers.

A new study presented in the European Parliament’s employment committee last week found that 41% of highly mobile teleworkers report anxiety, stress, fatigue, and sleeping disorders, compared to only a quarter of those in conventional workplaces.

The EP has called for a new law on the “right to disconnect“, raising a whole new host of questions, chief among them being enforcement. Who is supposed to enforce this right? The host country or the state where the employer is headquartered? Where do freelancers, often in a more vulnerable position anyway, fit into this equation?

The study is also reporting new levels of employer invasion into privacy, with new surveillance tools to monitor workers only exacerbating their anxiety and leading to “virtual presenteeism”, the pressure to be present and perform to justify not being physically present, regardless of well-being.

One would hope that teleworking might open new doors for this part of the population.

However, European Commission figures reveal that only 64.3% of people with disabilities have internet at home, compared to 87.9% of the general population. Increasingly, in this age of home office, no home internet access is coming to mean no job market access.

Perhaps the biggest headache looms in that holy grail of state-making: taxation. How comfortable are we with the idea of digital nomads living for protracted periods of time in a country without contributing to its social safety nets?

And then there’s the fact that tourism has long come with a dark side for the communities that rely on it for their income. As Europe rushes to revive an industry decimated by pandemic-era border closures with digital COVID passports and mass vaccination drives, age-old questions about sustainability are being pushed to the back of the queue.

Gentrification and the appearance of a new form of short-term rental market, described by some as ‘Airbnb syndrome’, are just some of these downsides. Digital nomads, who might just stay around for a year rather than just a few weeks, may impact their host communities even more.

Work as we know it is unlikely to return to what it was before the pandemic, which means millions will be unleashed across the EU from their office desks. Yet the questions this accelerated digital metamorphosis throws up are far from being answered.

Let’s hope European politicians contemplate these changes and remember that as we all rush to regain a sense of normalcy this summer, not all of us will be rushing back into the office.

EU-27 agricultural ministers were faced with a “totally unacceptable” method of negotiation from the European Parliament during talks on the future of the Common Agricultural Policy (CAP), which lacked democracy, Greece’s agriculture minister Spilios Livanos told EURACTIV.

European tourism has had its worst time in living memory as coronavirus lockdowns, curfews and hotel and restaurant closures have threatened the industry’s livelihood and frustrated travellers eager for a change of scenery.

Fish stocks in the Black Sea are dwindling and commercial fishing is causing more and more environmental damage, causing concern that has grabbed the attention of NGOs and EU lawmakers. EURACTIV Bulgaria reports.

Google said it would make changes to its global advertising business to ensure it did not abuse its dominance, bowing to antitrust pressure for the first time in a landmark settlement with French authorities.

Hydrogen today represents a tiny fraction of the energy mix but its importance is expected to grow rapidly in the coming years as the European Union aims to create a Europe-wide market for clean hydrogen to drive the decarbonisation of heavy industry. Read more in our special report.

The EU’s recovery fund must be used to support significant investments in Education, Employment and Entrepreneurship, also known as Gen-E, write Salvatore Nigro and Andzelika Rusteikienė.

African governments face more immediately pressing economic needs than zero emissions. But meeting those needs and growing the continent’s economies will depend on their energy systems evolving, argues Lily Odarno.