The gender challenge: how media needs to get to all things being equal 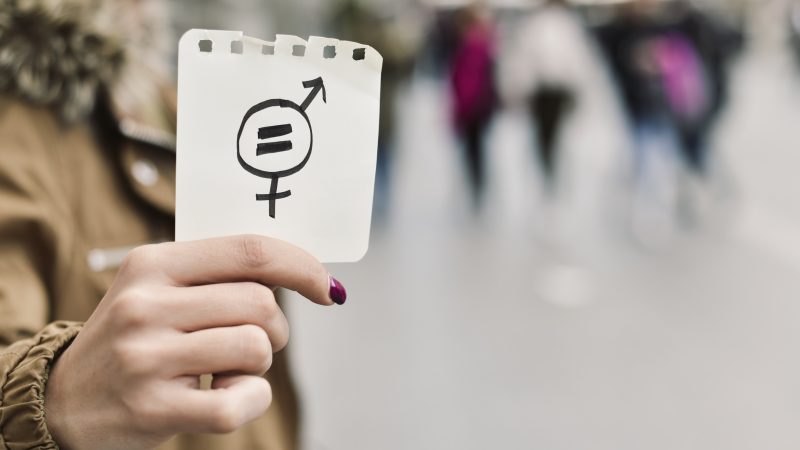 The lockdown brought about by COVID-19 has exacerbated issues such as the rise in domestic labour for women. That’s why gender equality needs our attention now more than ever. In the media sector, we must be bold in our efforts to close the gap.

The media has tremendous power to shape how society thinks and acts.  By taking serious steps towards gender equality, media can be a force for good across all sectors of society.

At the European Broadcasting Union, we believe that Public Service Media (PSM) exists to reflect and represent the communities we serve. It is a vital part of our mission to explore a diversity of voices, perspectives and stories – on screen and on air.

We have a responsibility to lead the way for broader media industry. In this Covid-19 period, we need to report and highlight issues such as unequal distribution of domestic labour, the rise in domestic violence and the struggle of single parents.  We also need to support our own employees –  45% of the Public Service Media workforce in Europe are women.

More broadly, we also need to ensure a diversity of voices within our teams and our boardrooms. And there, we face a hefty challenge. The numbers for female representation in today’s media sector are startling.

The French audiovisual archival service INA published a study in March 2019 demonstrating that the average speaking time of women in French media is equal to or less than 30%. Moreover, it is always shorter than the speaking time of men. The study, based on artificial intelligence, analysed over 700,000 hours of audio from radio and TV programming broadcast between 2010 and 2018.

A 2018 report by EPRA, the European Platform of Regulatory Authorities,  shows that some areas of the broadcast media industry, most notably engineering and broadcasting- distribution roles, are almost exclusively occupied by men. Despite showcasing over 40% of women speakers at the International Broadcasting Convention (IBC) conference, only 15% of the fifty thousand attendees were women.

We need to be open about the scale of work we have to do collectively to improve female representation on-screen and behind the camera.  The end goals are being set both within the industry and by policymakers. But, concretely, where and how do media organizations start?

Firstly –  generate data. The right analysis of the right data will paint the full picture and will identify pain points and inspire solutions. It will drive an honest discussion across senior leadership about the systemic, structural and cultural issues to be addressed. For example, the BBC discovered that 31% of women left the BBC between 2014 and 2018 following maternity leave. Publishing this data has created awareness at leadership levels and actions have been put in place to improve support, such as a new approach to flexible working.

Secondly – engage everyone – women and men. Gender Equality is a business issue, not just a women’s issue. Engaging men in conversations alongside women, making them aware of the essential role they play and securing their equal participation is vital to success.

ORF, the Austrian broadcaster,  found that having male representation in gender equality roles and committees brought about a common understanding and language, and a new way to define leadership in a traditionally masculine competitive culture.

Thirdly – articulate and introduce policies that enable gender equality. The most progressive organizations on gender equality have consciously developed and deployed policies that define equality. Articulating clear policies will align the entire organization towards desirable types of behaviour and values.  Policies may vary between organizations but must be binding for all staff. Fundamentals such an organization’s values must be laid out in policies, but there must also be clear and transparent policies around more concrete areas such as leadership development, remuneration and workplace flexibility.

For example, France Télévisions has established policies to achieve gender equality in its hiring which includes a stipulation that when job applicants have the same skills and similar qualifications, priority will be given to the one from the under-represented gender in a given department.

Fourthly – focus on culture. The best policies can fail if they are not communicated and are not paired with a strong focus on the organizational culture. The priority is to build and cultivate a sustainable culture in which gender equality can be nurtured. This must be underpinned by the organization’s leadership being vocal and committed to the long-term change, by applying metrics for success and by regular, consistent communication. GPB, the Georgian Public Broadcaster, sends important signals about the organization’s desired culture. It ran a public campaign to raise gender equality awareness amongst the public and to prevent gender-based discrimination in the organization. Within the organization, it holds group meetings between management and staff to discuss women’s experiences in the workplace. And GPB ensures that administrative tasks such as scheduling meetings or taking minutes are rotated among men and women.

Public Service Media organizations have started to make inroads towards Gender Equality. Our recently published guidelines “All Thing Being Equal” (available for download on the EBU website) expand on the four steps outlined above and include best practice from leading organizations across the EBU membership, which have already reached gender parity.

At the EBU we have a clear vision for the industry: we are working to help public service media achieve gender parity within the next decade – both from an organizational standpoint as well as on-screen and on-air. For instance, in 2020 we ran our first “Women in Music Days” campaign with more than 400 participating radios to celebrate women in the music sector and raise awareness of the barriers they face.

While we are proud of what we have already achieved, we are conscious that there is much more to do. All media organizations have an extraordinary opportunity to pursue gender equality and reflect the full spectrum of our society while accessing all talent potential. Let’s act now.