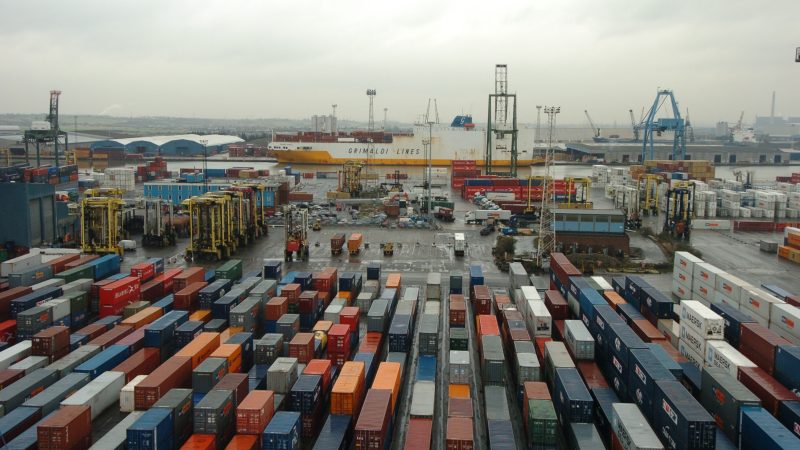 This article is part of our special report Recent developments in the illicit trade of counterfeit goods.

When China imposed a lockdown on the city of Wuhan and its 11 million residents in January 2020, few could imagine the global turmoil that would follow. The deserted streets and fear that characterized the start of the COVID-19 pandemic feel like a distant memory.

Unfortunately, some things have proved less fleeting. The pandemic has worsened and entrenched longstanding societal issues; many honest, hard-working people are struggling to make ends meet, and we are more divided than ever. Inequality and a breakdown in trust make it harder than ever to find common ground.

Solving these issues requires everyone’s involvement, including the tobacco industry. Yet as a tobacco company, we often face calls for our exclusion from public debate; this is counterproductive. The systematic exclusion of JTI ignores the many positive contributions we make; it also erodes trust in policymaking. That’s because preventing open and transparent discussion across all interests and views destroys faith in policymakers, who believe they should pick and choose with which legitimate organizations they engage.

Our extensive Anti-Illicit Trade efforts are illustrative of our solution-oriented approach. Illicit trade has a tremendous negative impact on society. The loss of revenue needed to be compensated by law-abiding people is significant, as is the effect on consumers lured into buying sub-standard, illegal products.

We invest considerable resources to stop the flow of these untaxed goods and the organized crime groups who profit from them. We also provide information to law enforcement agencies to assist them in tackling the illegal trade of tobacco products. In 2021, the information we provided to Law Enforcement Agencies led to the seizure of nearly 3.3 billion illicit cigarettes and the closure of 20 illegal factories and 33 warehouses.

The European Anti-Fraud Office, EUROPOL, the UK’s HMRC, and other police and customs agencies in Europe see the value in openly and transparently engaging with JTI on matters concerning the illegal tobacco trade. Yet, despite our strong partnerships, illegal trade remains a major problem. Too often, it is viewed as a victimless crime that is difficult for governments to tackle.

A report by KPMG estimates that in 2020, smokers in Europe purchased 34.2 billion illegal cigarettes. That equates to a staggering €8.5 billion tax loss for governments. Globally, the World Bank estimates lost revenue at $40 to 50 billion per year. To put this into perspective, criminals are the third-largest player in the tobacco industry.

The economic toll of the pandemic and rising living costs have only increased the demand for cheaper and sometimes illegal goods. Motivated by illicit profits, criminal gangs have redoubled their efforts, and illegal tobacco factories have proliferated in Western Europe.

Besides the economic cost, there is a human toll. This is not a harmless act of “getting one over on the taxman,” but a vicious cycle that allows criminal gangs and networks to thrive. According to the Transnational Alliance to Combat Illicit Trade (TRACIT), organized crime groups rely on forced labor to manufacture illegal cigarettes. And according to the Center for the Analysis of Terrorism, the counterfeiting or smuggling of tobacco products has been the fastest-growing source of revenue for terrorist groups for the past ten years.

It’s why we have long advocated for a more holistic and evidence-based approach to combat illicit trade. Balanced regulation and effective enforcement are crucial to curb illegal trade. It is a view echoed by a French Parliamentary report (the Woerth report) published in September 2021 that examined tobacco consumption and the impact of taxation. It estimated a loss of €2.5 to 3 billion in excise duties per year for the French state, as consumers sought cheaper, illicit cigarettes.

Clearly, excessive fiscal measures are ineffective. They fuel the demand for cheaper products and drive law-abiding consumers to become complicit with criminality. Governments must explore measures that allow consumer confidence to grow and avoid the temptation to spend on illicit products.

Concurrently, greater cooperation between government agencies and law enforcement is needed at both an international and national level, along with a concerted effort to increase the fines and punishments for those producing, distributing, and selling illegal tobacco. Otherwise, it will continue to be a high profit, low-risk source of revenue for criminals. Better cooperation also means stepping up enforcement at borders and improving information sharing between the tobacco industry and law enforcement.

There are no easy wins in our efforts to stem the flow of illicit trade – organized crime groups are formidably adaptable and highly motivated. But neither are we powerless; taxpayers and governments have much to gain from combatting illicit trade.

We calculated that a 1% reduction in illicit tobacco in Lithuania would net the government an extra €1.7 million per year in excise tax and VAT. Imagine what we could achieve at a regional level if a 1% reduction in a small country like Lithuania can achieve such tremendous gains. At a time when so many honest and hard-working people are struggling to make ends meet, the additional revenue would go some way to help governments provide essential services.

But the problem is far broader than illicit tobacco. Personal Protective Equipment, medicines, luxury goods, food – the scale of the illicit trade and the cost to society are staggering. We can no longer choose to ignore the problem while criminals line their pockets. Unless we act, we will continue funding terrorism, bonded labor, and other criminality to the detriment of society, especially the most vulnerable.