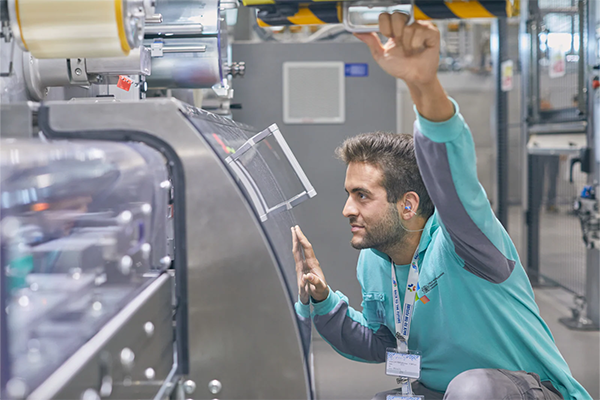 Since setting up its business operations in Romania, almost three decades ago, PMI has become a remarkable success story. Over the last five years, the transformation of PMI’s production facilities in Romania towards the manufacturing of reduced-risk non-combustible products required a commitment to a long-term investment plan. This has been supported by the company’s inherent ability to innovate constantly.

Understanding the impact of PMI’s economic activities on Romania’s economy is relevant for several reasons. First, it offers a better understating of the linkages across various economic sectors. Second, quantifying the company’s economic impact allows for a better design of economic policies as the PMI’s effects on value-added, tax receipts or employment are assessed more accurately. Third, PMI’s transformation in Romania could be a role model for other companies.

The impact of PMI on the Romanian economy was estimated by a standard procedure, which aimed at quantifying three types of expenses incurred; direct, indirect, and induced. The direct impact was calculated as the sum of spending on employee compensation, depreciation, gross surplus and interest and other finance costs. Indirect impact estimated the effects on the supply chain of PMI as a result of the company’s activities.

Finally, the induced effect quantified the broader impact on the economy, driven by wage spending, both by PMI employees and by employees of supply chain companies in other economic sectors, such as trade or services.

The main conclusions of the impact study developed by the Strategic Thinking Group found that:

Currently, PMI’s latest generation production facilities in Romania manufacture consumables for IQOS and other non-combustible products which are exported to over 50 countries on five continents. PMI’s state-of-the-art production facility in Romania is one  of eight such factories worldwide.

Exporting innovation-led high-value products, such as those manufactured by PMI, is an increasingly important aspect of the Romanian economy. Regional data on the distribution of Foreign Direct Inevestment in high-tech industries and knowledge-intensive services, which generate a high value-added growth, places Romania well behind its regional counterparts such as Poland, Hungary, or the Czech Republic (source).

A notable aspect is PMI’s contribution to the state budget. Romania has been under the EC’s excessive deficit procedure since early 2020, and PMI, through its tax contribution amounting to  1.7% of total government fiscal revenues, has proven to be a reliable contributor to the national budget.

Given the nature of its business, PMI collects and pays to the budget a significant share of both excises and VAT. This is a merit in itself in a country where more than a third of VAT revenues went missing in 2019, Romania recording the highest national VAT compliance gap among the EU countries.

It is a well-known fact that business investment generates future growth. A strategy of sustained investments, which has accelerated over the last 5 years, has enabled PMI to become the second largest player in Romania’s fast-moving consumer goods market. Innovation-based investment has led to a remarkable increase in PMI’s labour productivity.

It is currently 3.5 times higher than theeconomy-wide labour productivity average. The relatively high level of the company’s productivity reflects the paramount importance of its investments. In turn, this has led to an enhanced level of competitiveness, which expanded the export markets. Something other companies operating in the area could learn from.

About: Strategic Thinking Group is an avant-garde think tank that aims to provide an active civic platform dedicated to encouraging reflection and strategic thinking through in-depth analyzes, studies and research. The report was commissioned by PM Romania.