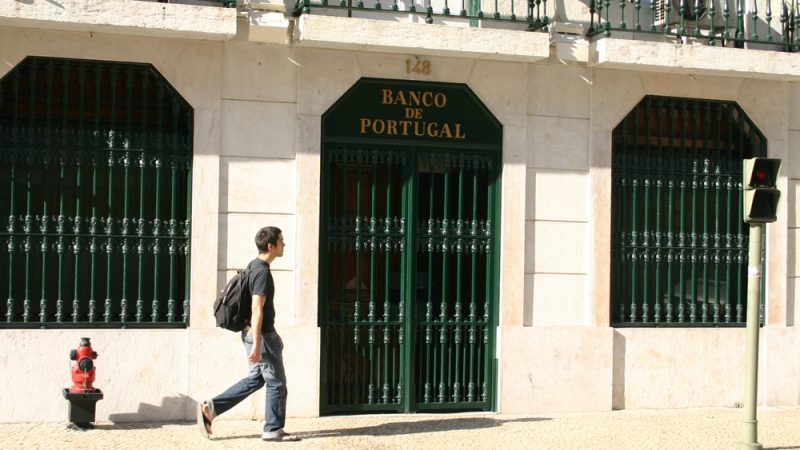 In 2017, a coalition of institutional investors, including Pimco and Blackrock, boycotted an issuance of Portuguese bonds to protest the risks associated with actively investing in Portuguese public or private debt “as the Banco de Portugal still has not addressed the unlawful and discriminatory retransfer of notes from Novo Banco to Banco Espirito Santo in 2015.”

Today, this still unresolved case gives reason for grave concerns among some international institutional investors about the risks of lending the EU €750b to finance its Recovery and Resilience Fund (RRF).

The move came after the incoming Single Resolution Board (SRB) Chairman and the European Central Bank (ECB) warned Banco de Portugal that if it failed to substantially reduce Novo Banco’s liabilities by January 2016, it would immediately be placed into liquidation. All other recapitalization proposals were rejected, and the decision was made to only dump notes held by foreign institutional investors.

However, being held by foreign investors was not the only criteria Banco de Portugal employed when selecting these five specific notes. The second criteria was that only notes governed by Portuguese law may be dumped into toxic BES,  while the remaining 47 notes, governed by English law, were not to be touched. This second criteria knowingly relied on the complicity of Portuguese Administrative Courts to reject or defer repaying creditors – and indeed, the Portuguese Administrative Courts have stalled and  frustrated litigation ever since.

Following the Banco de Portugal’s Retransfer Decision dated 29 December 2015, several institutional investors, separately, filed administrative claims before the Portuguese Administrative Courts. Since filing, none of the cases has yet to be moved to the preliminary hearing stage, and all proceedings regarding BES’ resolution were stayed.

This second factor raises a second issue the EU is required to take up before approving Portugal’s RRF – Rule of Law. While Rule of Law concerns were initially focused primarily on Poland and Hungary, the scope of the European Parliament’s Committee on Civil Liberties, Justice and Home Affairs (LIBE) has been expanded to cover all Member States, particularly Malta, Slovakia, Slovenia and Bulgaria. In particular, a European Parliament Resolution adopted 10 June 2021 recalls that “the RRF and each of the national recovery and resilience plans should fully respect the Rule of Law Regulation.”

These are not the only rule of law scandals to rock Portugal during its Presidency. It kicked off with an extremely contentious nomination by Lisbon for the position of the European Public Prosecutor’s Office (EPPO), with the trial of former PM Jose Socrates’ shadowing the duration of its Presidency (very much linked to Ricardo Salgado, the former president of BES) and is ending with a real threat by investors to boycott the RRF.

The European Commission has pinpointed the slow pace of administrative and fiscal justice in Portugal, and has demanded reforms that the Portuguese Government needs to take, in order to be eligible for financial assistance from the EU Recovery Funds. This has been underlined by the European Parliament and the European Court of Auditors. In Portugal’s case, there are serious rule of law issues related to the independence of the judicial system and the operation of the national courts.

As Portugal’s Presidency of the Council of the EU draws to a close, there is an opportunity for Portugal and the EU to reassure international institutional investors by expediting resolution of this case, as well as insisting Portugal implement the judicial reforms it has committed to in its Recovery and Resilience plan.

2 responses to “Thinking about investing in Portugal? Think again.”