Catherine Bearder is a UK member of the European Parliament for the Alliance of Liberals and Democrats for Europe (ALDE) group. She is the founder of MEPs for Wildlife and is fighting to protect the natural environment against wildlife crimes.

With a surge in this high-profit low-risk criminal industry, it is more imperative than ever to tackle wildlife crime, now the fourth most lucrative global criminal activity. Run by dangerous international gangs, wildlife and animal parts are trafficked in the same way as drugs, guns and humans, with profit being the driving force and in many cases, it’s easier to do than these.

Biodiversity loss is a real threat to the planet, there is a link between all organisms each of which has its own role in the web of life and maintaining a balance to the global ecosystem. The extinction of one species could lead to the extinction of many others, and ultimately the loss of vital resources essential for human well-being. Scientists are warning that the planet is facing disasters on a global scale. It is the responsibility of humans to stop it, not just for ourselves but for the planet and for future generations.

When most people think of wildlife crime, the first images conjured are of slaughtered elephants for their tusks or rhinos for their horns. While these are hugely important issues thousands of other species are also facing extinction as a result of wildlife crime.

If you were asked ‘what is the world’s most trafficked wildlife product?’, it’s probably elephants or rhinos that come to mind, maybe parrots or reptiles, but in fact, it’s actually rosewood timber.

Rosewood trees are found in the tropics and are essential in helping to maintain healthy forests which are critical in the fight to save biodiversity and fight against climate change. Locally without these forests, people lose food, medicines, access to clean water and it can put their homes at risk from flooding and soil erosion.

Widely thought to be the most trafficked mammal species, pangolins are found in Africa and Asia. The unsustainable poaching is driven primarily by the false belief that their scales hold medicinal qualities.

Unless it’s stopped now, the illegal trade in pangolins will lead to their eventual extinction, but pangolins are an animal most people have never heard of! Pangolins are important for pest control in some areas, especially with ants and termites. 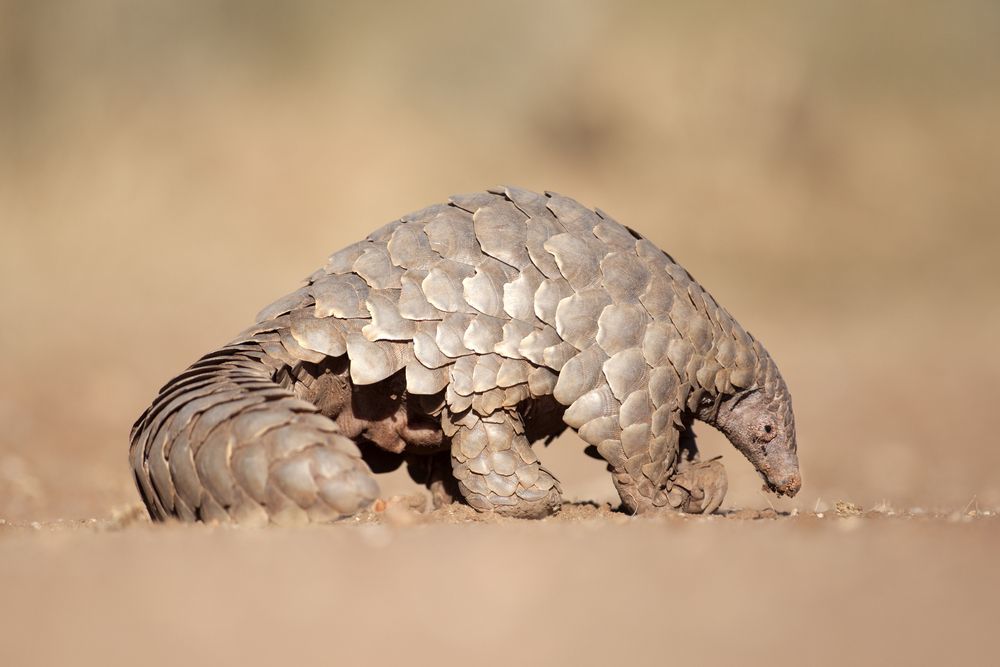 Pangolins are widely believed to be the most trafficked mammal species and are on the verge of extinction. [Shutterstock/2630ben]

Pangolin scales are traded illegally throughout the planet, European countries are often used as a transit point. They have in the past gone unnoticed and unchallenged because customs authorities were unfamiliar with what they are but awareness is growing through initiatives such as World Pangolin Day.

Here in Europe, we have our own critically endangered species. European eels are targeted at a juvenile life stage and feed a market in South East Asia where they are eaten as delicacies, they are described as Europe’s ivory and they are worth more than cocaine at $2 each for a tiny glass eel. As the name suggests they are found in European waters and it is the responsibility of European countries to protect them from being poached to extinction.

In 2014, I set up the cross-party group ‘MEPs For Wildlife’. We have been working together to get the European Commission to act and deliver the European Union’s Action Plan against Wildlife Trafficking. This action plan was set up to prevent the destruction caused by wildlife crime. It is making good progress, environmental crime has become a high- security priority and extra funding is being delivered to Europol to combat wildlife crime.

We must act now to save our forests, our animals and all the species facing extinction. With the potential profits from poaching and wildlife trafficking high and with low risk to the criminal gangs strong, enforcement is crucial to protect dwindling species numbers. The EU now takes wildlife crime very seriously and in some ways, the EU is at the forefront of tackling this issue. But more needs to be done.

Protecting biodiversity and tackling wildlife traffickers who are continuously coming up with new strategies to smuggle endangered species across borders it is important that we raise awareness not just of elephants, rhinos and tigers, but of pangolins, of rosewood, of eels and the thousands of other species that are going extinct.

As a panel member at the “Biodiversity and wildlife crime: On safari to extinction” debate during the European Youth Event (#EYE2018) I hope to do just that. It is only by raising awareness and using the full force of the law can we really tackle this problem and protect our beautiful planet.