Workers’ participation: What Europe needs to do for its workers 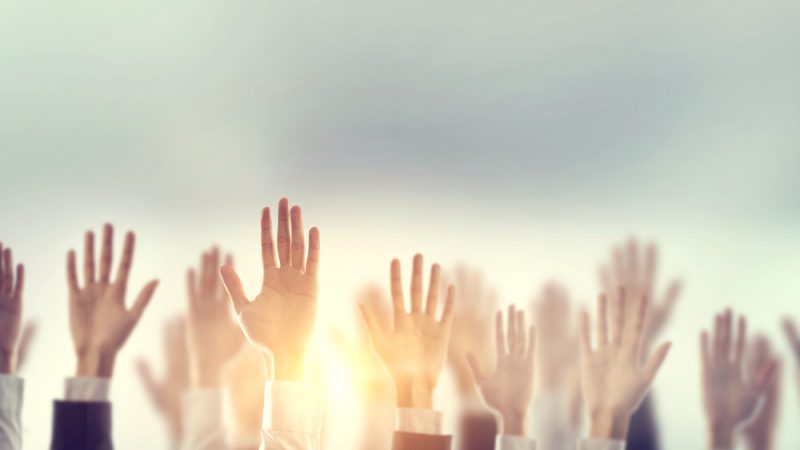 Workers’ interests have often fared badly in Europe in recent years. All the more important, then, that the European Commission and the European Parliament do something about this in the next legislative period. A recent report by the Institute for Codetermination and Corporate Governance (IMU) shows where European policymaking should make a start.

The main demands of the experts who produced the report are as follows:

The regulation of workers’ participation differs widely in the various member states. In 18 of the 28 EU countries, however, there is a right to workers’ participation in the supervisory or administrative board. Depending on the country, different thresholds apply to different-sized companies above which workers’ representatives are entitled to seats on the supervisory or administrative board. For example, public limited companies (AGs) in Germany are subject to statutory codetermination when they employ 500 workers or more. To prevent company bosses from simply ducking out of codetermination by shifting the company seat to a different country with low or even no participation rights for employees at board level at all, the rules concerning the implementation of European company law should be tightened up. According to the experts, the Company Law Package that has just been adopted provides existing codetermination rights with only very meagre protection. A framework directive on workers’ participation with minimum standards that apply throughout Europe and a dynamic element could ensure that workers are protected everywhere European company law is applied. It should also be established that a company’s legal seat and headquarters should be located in the same place. Letterbox companies should be prohibited.

The Societas Europaea (SE) is a European legal form that corresponds in many respects to the traditional corporation. Often an SE is formed to circumvent German codetermination, for example, shortly before a company’s workforce is set to reach a threshold above which a supervisory board or parity-based codetermination in the supervisory board is prescribed. This enables such companies to, as it were, ‘freeze’ their current status. In other words, if the workforce subsequently does indeed surpass the German threshold this would not in these circumstances trigger further negotiations on the level of board level employee representation. This loophole has to be closed: if a threshold is exceeded in the founding country the composition of the supervisory board should be renegotiated.

European works councils (EWC) not only link employees together transnationally, but also employees and management in international companies. This task is becoming increasingly important in the context of globalisation. When it comes to decision-making by the company management, however, European works councils are often informed too late or do not receive all the information they need. This is because the current EU directive lacks bite. Companies that do not play by the rules should have to face real sanctions. It must also be ensured that European trade unions are able to negotiate with company managements and that board level employee representation is not played off against trade union interest representation.

The so-called Shareholders’ rights directive that is currently being transposed into national law reinforces the position of shareholders, shifting decision-making competences away from the supervisory board towards investors. For example, while to date the codetermined supervisory board has decided management remuneration, in future the general assembly may have more of a say. Favouring shareholders and their desire for short-term profits may be in keeping with an Anglo-Saxon understanding of corporate governance, but at European level a different approach is preferable. The Shareholders’ rights directive should be supplanted by a ‘Stakeholders’ directive’ that provides all society’s interest groups with a say.

Companies have a responsibility to society. They should report regularly on what they are doing to satisfy it. Although the major capital market–oriented companies already publish reports on so-called corporate social responsibility they leave a great deal to be desired. Among other things, there is no specific reporting on working and employment conditions in the company as a whole, workers’ participation, assisting disadvantaged people and reconciliation of work and family life. In future, works councils should be involved in the production of such reports. There should also be obligatory reports on compliance with human rights and environmental standards along the supply chain.

Employees should not only be given a say in the company they work for, but should also benefit from its economic success. At present, however, there are many obstacles to the establishment of cross-border participation models. A European framework approach is needed to promote profit sharing, employee shares or savings schemes and harmonise their taxation. Having said that, employee share ownership may only supplement existing pay and must be voluntary. 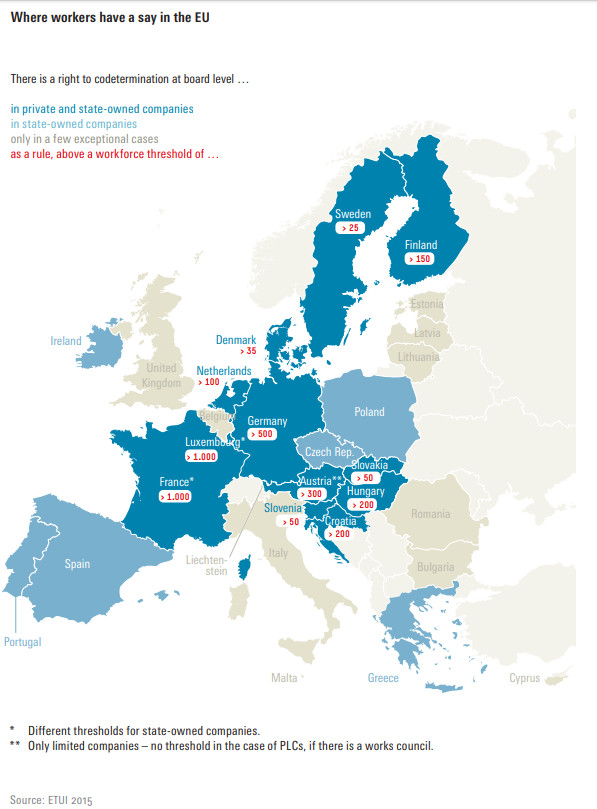