In an interview with EURACTIV.com, she also lowered member state expectations in regards to support that the European Commission could provide to deal with the latest duties.

Cecilia Malmström is EU Commissioner for Trade. Her mandate is scheduled to conclude on 1 November.

She spoke with EURACTIV’s Jorge Valero.

Last week, US Secretary of State Mike Pompeo said that there would be talks with the EU to try to settle the Airbus-Boeing dispute. Are you still hopeful about finding a negotiated solution?

No, actually. They will impose those tariffs as they are allowed to do [by the World Trade Organisation]. Then, maybe, we can talk. We will keep repeating that it’s better to freeze the tariffs, and talk about how we can discipline ourselves when it comes to different subsidies in the aircraft sector, and set international standards in this regard. It will be a better option than to throw tariffs on each other.

Once they impose the tariffs in mid-October, how does the EU plan to react?

This is an ongoing case for more than 15 years. We have won our part and they have won theirs. We can also impose tariffs, probably around the same amount, but only next year, when we will get the final sum [from the WTO]. It will be up to the member states to discuss what to do during this gap, if we are going to engage in the discussions anyway, or if we wait.

One of the options mentioned is the possibility of using past WTO cases, in which the EU still holds the right to slap compensatory tariffs against the US. Are you considering this or it would represent a significant escalate of the tariff dispute?

We are looking at all options that are legal and within the WTO, of course. But I think we don’t want to escalate the situation. There are too many tariffs in the world as it is. But we haven’t excluded anything. Of course, we are in regular talks with the member states to discuss about our next steps.

Spain is one of the countries that is going to be most affected. Spanish minister of agriculture, Luis Planas, will come to the Commission on Wednesday.

I will meet him, yes.

He is coming with a series of specific demands, including financial aid and support to promote affected products in foreign markets. What is going to be your response?

We are always talking to the member states. Spain is also affected by the dispute on table olives. On this, we’ve cooperated a lot with Madrid, we have seen if there is anyway we can cooperate with the farmers in Andalucía, who are particularly affected. We have also taken that case to the WTO, together with the Spanish government. On the Airbus case, there’s not much we can do to protect individual countries. Spain is of course, one of the countries who owns Airbus, but every country is affected. But we will listen and hear the suggestions of the Spanish minister, of course. 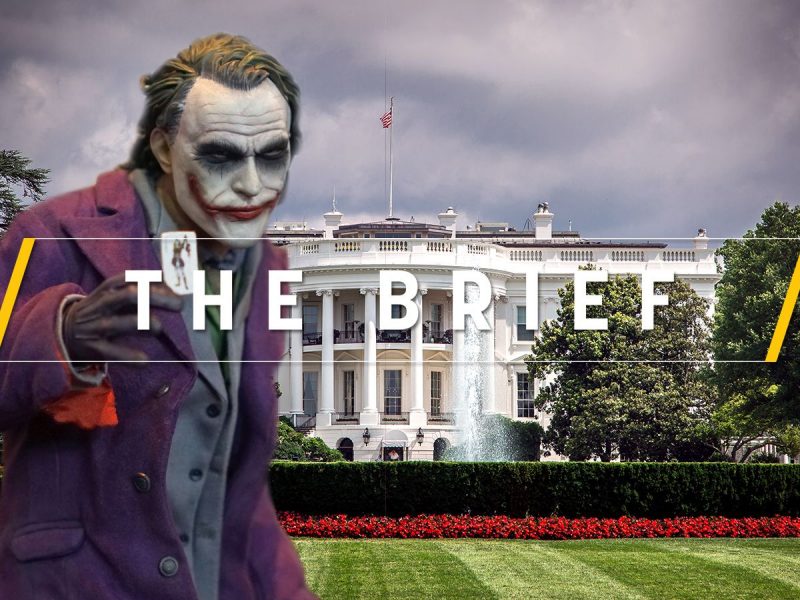 The Brief, powered by ACCA – How best to deal with the Joker?

Donald Trump’s looming tariffs on European products will be the most serious and irrational attack against its main trade partner. Europe is still clueless about how to deal with a man whose impulsive behaviour is bringing down the international system.

It seems that the EU doesn’t know how to deal with Donald Trump. What lessons have you learned after three years of negotiating with his Administration?

It’s hard because the EU tries to stand up for international rules, for multilateralism, for the WTO.  We are always ready to talk. But, of course, you need a partner to talk and if your partner does not want to talk to you, it’s hard.

But is it more effective to show a conciliatory approach or to be assertive with Trump?

I think we have shown a lot of strength. The EU has concluded an unprecedented amount of trade agreements with the rest of the world, giving our companies privileged access to markets in Singapore, in Canada, in Mexico, Vietnam, in Mercosur, and in Japan soon. Deals that the US has not been able to conclude. We have been very active. But we cannot be the EU if we don’t follow international rules.

In the context of the worsening trade dispute, is it possible to reset the relationship with the US, as the Trump Administration has offered to the new Commission?

We must always try. We are always willing to talk to the US. It is our most important trading partner. We have every interest to try to find a common ground and a positive agenda. We have not managed to start negotiations on a smaller trade agreement. We have not been able to enter into negotiations on the Airbus-Boeing dispute yet. But we are holding constructive talks about some WTO reforms and regulatory cooperation. But again, it’s an unpredictable administration.

In regards to China, the EU succeeded in obtaining some concessions during the bilateral summit last April, for example, when it comes to industrial subsidies and the forced transfer of technology. Has there been any progress on these issues since then?

We are very disappointed that China has not really done what it should do. We had a good meeting. China must deliver on some of these reforms, because they promised to implement them when it joined the WTO long time ago. China is very much the cause of the problems on the global market today, with massive subsidies and forced technology transfer, among other things. We would like them to show greater leadership and adopt these reforms. We have had some meetings and we are talking about it in a constructive atmosphere, but we would like them to step up their engagement to show more results.

Is this also the case of the bilateral investment agreement, expected to be concluded by end of next year?

We are making progress. But again, it is slow here as well. I think it’s important that China understands that this is very much in their interest as well, because foreign investment in China is going down because of these problems, and the lack of equal treatment from our companies. This will hamper the Chinese economy. Therefore, we also wish to speed up these negotiations. And we hope that China will take a greater responsibility.