Communist candidate in French 2022 election: ‘We are very different from Mélenchon’ 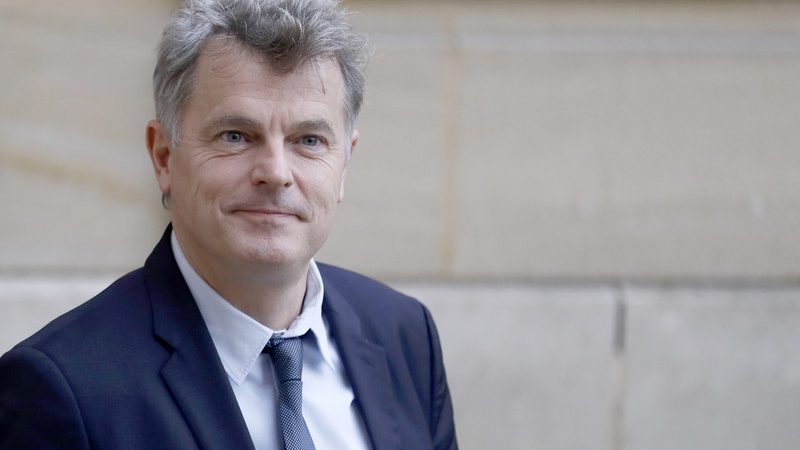 Fabien Roussel is the current National Secretary of the French Communist Party (PCF) and candidate for the 2022 presidential election in France. He was elected as Member of Parliament for the Nord’s 20th constituency on 21 June 2017.

Contrary to 2012 to 2017, the PCF has indicated that it will not line up behind Jean-Luc Mélenchon and his party, La France Insoumise – why is that?

The multiple crises we are experiencing require new responses that break away from the current economic system. Many French voters have turned away from politics and from the parties that have been in power for the last ten or fifteen years, including because some of those in charge have disappointed.

We want to win back the minds, the hearts, all those men and women who want to see their lives change but who somehow no longer believe in the left. We are very different from Jean-Luc Mélenchon: different in form and in substance. I want to be able to present a project for the country in a different way than Jean-Luc Mélenchon does.

At the same time, you said you wanted to maintain dialogue with all forces on the left.

Although the polls do not determine elections, they predict a duel between Marine Le Pen and Emmanuel Macron in the second round. Which prospect do you fear the most?

What makes me despair is that every day we are told what the second round of the elections will be when I myself have only just announced my candidacy and we are at the beginning of this great debate.

What interests me is to address the two-thirds of French people who do not want this duo. It’s a race of conviction that we have to run and we’re not even all lined up on the starting line. How can one say the left is disqualified and at the same time criticise a left-wing force for going there, it’s contradictory.

What do you think is driving voters to vote communist today?

They vote for local representatives who are honest and have integrity and who are always at the service of the general interest. It’s equality, it’s social justice, it’s what we know how to do in the cities, it’s these youth services where young people find places where they have contacts, where they can meet, where they have access to culture and sport, it’s the free transport that we put in place…

The older generation will remember the battles we fought for France and the Republic in the resistance. We know how to work with everyone: when we were in de Gaulle’s government when we contributed to Mitterrand’s victory.

We are unifiers and we know how to work with the broadest possible groupings when it is in the service of the nation.

What are the priorities of your programme?

We also want to make youth the priority of our country for the next ten years. This issue must be a major national cause for the next President of the Republic. I hope to be at the head of a government that will make youth its priority by putting in place resources like we have never put in place before.

We have heard you talk a lot about security issues in recent weeks, an area usually associated with the right.

I’d like to come back to this: security came up because when I presented myself when I gave my first press conference, there had been several tragedies in the space of two weeks. I put my foot down and immediately formulated the proposals we had been working on for a year. It took up a lot of space because this news was important.

Is it taboo to talk about security on the left?

No, it’s not taboo. I am annoyed when people say that the left is absent, lax and that it is taboo because we talk about this issue so much, but it is as if we were inaudible. We, as deputies, and my colleagues, as senators, intervene every day on these questions, on the means we want to give to the police, the means we want to give to justice: a police force of the Republic at the service of our fellow citizens, at the service of public peace and social peace, needs a left-wing policy. For us, this means creating a national community police force with 30,000 officers.

In your programme, you advocate a substantial increase in the minimum wage, a 100% reimbursement of all health costs by the social security system, etc. How do you intend to finance this?

The state needs a bigger budget. But all that has been done over the last ten years is reduce the State budget by giving gifts to the rich, to multinationals and allowing tax evasion.

I find additional revenue for the State by taxing capital, by putting it to work for the nation. ‘Money for the hospital, not for capital!’ is the formula used for health, but this government is doing the opposite.

As far as the private sector is concerned, we prefer to have a higher minimum wage, to encourage the private sector to pay its employees better. I prefer large companies to pay wages, to train their employees so that they are always better in the company, rather than distribute dividends.

You have said that the debt issue will be ‘central’ to the upcoming elections. Should it be cancelled?

We say that there is a part of the debt, the COVID-debt, that can be cancelled, but another part that must be paid. But the real question is: who owns the debt today? It belongs to the financial market, which has us in its grip with this debt of more than €2 trillion and which can play on the interest rates and, depending on that, impose political choices on us. We demand that the European Central Bank lends directly to states at zero interest.

If you go into debt to give money to multinationals that pay dividends, that’s bad debt. But if we go into debt to finance hospitals, to train young students so that we have the best-educated young people in the world, it’s an investment in the future that will pay off big tomorrow.

Today we pay €140 billion in public aid to companies, three quarters of which is received by the biggest ones without any compensation, without asking anything in return. When we go into debt to give this money to companies, it’s bad.

In your programme, you defend “another European construction”. What would this Europe look like?

I dream of a Europe where countries cooperate with each other to build major projects that are useful to the population, but this is not the case today on health, on the transport of goods – to develop freight, for example, to ensure that we produce in Europe what we need here, to guarantee every European a job, to eradicate poverty.

You seem to be saying that the EU is not facilitating this cooperation, is it not?

Today, Europe pits people against each other. It pits the Polish worker against the French worker. It provokes relocations, it opens our economy to free trade, it exhausts natural resources, it harms the climate. Today’s Europe is also asking countries to reduce their public spending and privatise their public services when they should have been building them. Europe, on the contrary, has caused unemployment and poverty.

How do you analyse Europe’s record in managing the COVID-19 crisis?

Today, it is very, very ineffective in allowing all the peoples of Europe to have access to the vaccine. I regret that it is not doing more to lift the patents on its vaccines so that we can produce them here for ourselves, but also for the continents that do not have access to them today and that will not be vaccinated for one or two years.

How can we fight the pandemic? Afterwards, people will talk to us about immigration, but I can tell you that when tomorrow we will all be vaccinated here and Africa will not be, we will talk about it again at that time.

At each presidential election, the debate about the blank vote comes up. What is your position on this issue?

I am in favour of recognising the blank vote, but I have my doubts about whether it should invalidate an election. I prefer that each party, each candidate, ask themselves what we should do to convince people to vote for programmes and how we can ensure that all the commitments that have been made are respected. There is a democratic requirement here that must go beyond the simple recognition of the blank vote.