Martin Schulz is already gaining from Angela Merkels inability to invigorate her own supporters. [Drop of Light/ Shutterstock]

Michael Spreng was Bild am Sonntag‘s editor-in-chief from 1989 to 2000. In 2002, then CSU chancellor candidate Edmund Stoiber called on him to be his campaign manager. He has since worked as a political consultant and publicist for a number of different media.

Martin Schulz was nominated by his party and within two weeks he was up in the polls threatening to dislodge Angela Merkel. How was that possible?

We are now seeing a sort of Merkel-fatigue. It hasn’t been evident up to this point because the SPD’s former leader, Sigmar Gabriel, wasn’t a viable alternative. Then Martin Schulz arrived, who is credible and authentic, and who is a capable and emotive speaker. Suddenly, Merkel looks like being the chancellor of yesterday. I wouldn’t have even thought it possible before. But the Union (CDU and CSU) itself is to blame. With its continuous dispute about limits on refugee numbers, the CDU and CSU have scared away voters.

And they are still yet to find a solution.

It’s a completely absurd situation. The CSU is now fighting for a government with Merkel as chancellor, but which it cannot actually join. Horst Seehofer doesn’t want to sign a coalition agreement without a deal on upper limits. They’re not going to find a partner to sign off on that. 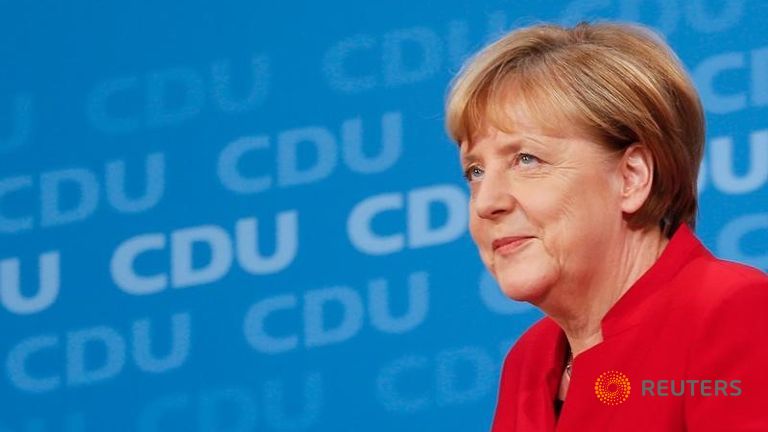 Germany's SPD moves ahead of Merkel's party in poll

What do Merkel and Seehofer have to do differently?

Seehofer should not have been so stubborn over the last six months because he should’ve known that he would ultimately have had to support Merkel as chancellor candidate. Nevertheless, he still opposed her whenever it was possible. If the CSU sticks to its current position, they aren’t going to be working with the CDU much longer. The Union would perhaps be incapable of governing after the election.

So what does it have to do to avoid that?

Angela Merkel has to change. The times of asymmetric demobilisation are over. Merkel cannot win this election by putting her opponents to sleep. She has to go on the offensive, better explain her policies and be more emotional. She has to sketch out a plan for the future that voters are going to find attractive. We’re currently looking at a woman without a plan. Voters aren’t interested in that.

The Union wants to focus less on refugees and more on the economy, finances and internal security. Is that going to be possible during the campaign?

The refugee issue cannot just be swept under the carpet. Of course, the CDU and CSU have got to focus on topics they agree on. But how is their alliance going to look under Merkel? Why does she want to stay chancellor? A candidate has to be enthusiastic about themselves in order to inspire their party, so that voters are then in turn convinced to turn out and vote. That’s true of every campaign. The CDU hasn’t even met its first goal in that regard.

Wolfgang Schäuble compared Martin Schulz to Donald Trump. What was he trying to achieve by saying that?

That comparison was completely over the top and didn’t help their cause at all. But to him it wasn’t even about Schulz. It was a wake-up call to the party. He saw that the CDU is half asleep and, to an extent, paralysed. He wanted to wake them up with a massive provocation. And he wanted to put the brakes on the SPD’s momentum. But he knew himself that one cannot compare Schulz with Trump.

Germany’s centre-left candidate for Chancellor, Martin Schulz, has criticised US President Donald Trump’s policies as “un-American” and warned against lifting sanctions imposed against Russia over its role in the Ukraine crisis.

The SPD has some significant structural problems: its weakness in the east of the country, its uneasiness with Agenda 2010 and the Left Party. Now Schulz has arrived are those problems less important?

The mood has improved massively, but the problems and conflict remain. Schulz is just outshining them. The question is whether this will last the next eight months or not.

What does Schulz have to do to actually secure votes?

In the short-term, he has to keep going the way he has been. Only after the state election in North Rhine-Westphalia in May will we get a clearer picture of things. At the moment, it looks like Hannelore Kraft (SPD) will benefit massively from Schulz. If she stays on as minister president of the region then Schulz can sell that as a big first victory. Then the SPD can set out their programme and put the Union under even more pressure.

Schulz has raised the issue of fairness, is that the right way to take the party?

Schulz is running his campaign like Bill Clinton’s in the 1990s. He is focused on hard-working, law-abiding people that do not feel like the country is fair to them.

True, yet many still feel like Germany is not doing right by them. There are two prevailing moods in Germany and Schulz is looking to benefit from one of them. That’s smart.

But is that enough?

No, he has to come up with a clear position on internal security. And he has to say if and how his party is going to look to reduce taxes. He has to develop some sort of profile on all issues.

Martin Schulz will contest this year’s federal elections and he believes the refugee crisis needs a European solution. But do Germans think his increase in popularity is only a short-lived phenomenon? Euractiv’s partner Der Tagesspiegel reports.

Is the situation comparable to 1998? Is Schulz the new Schröder?

Possibly, but I’m not sure yet. Helmut Kohl hoped Oskar Lafontaine would be his opponent, as he thought he would be easier to defeat. But it was Schröder who stood and won. In the same way, Merkel had hoped for Gabriel but got Schulz instead. There is not such a strong mood in favour of change as there was in 1998 but there is a sniff of it. There are certainly parallels.

While the Union and SPD go head-to-head the rest of the parties are lagging behind. Why is that?

There are two strong candidates for the leadership of the country and they polarise support. That makes it more difficult for the smaller players. Schulz is chasing Greens and Left voters and reenergising non-voters. That puts the brakes on any thought of a leftwing coalition.

What’s your prediction for the campaign?

Not since the time of Helmut Kohl has the Union struggled to inspire voters. That is very dangerous for Angela Merkel. That is why Martin Schulz has a fighting chance, despite his party’s inherent problems.