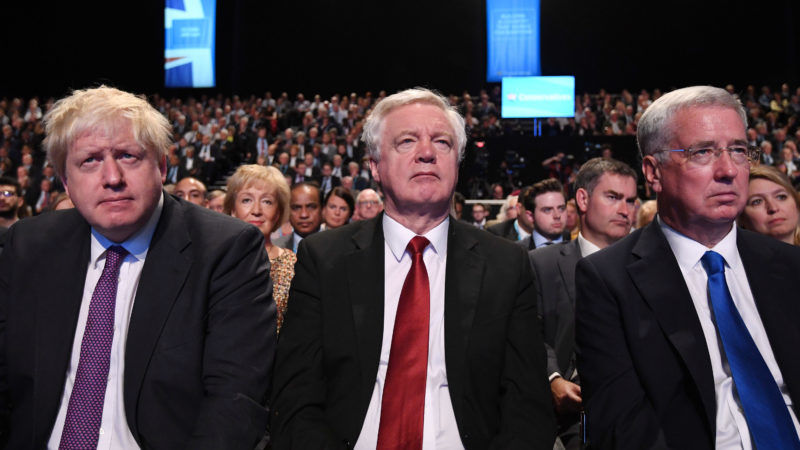 It was meant to be the speech that rescued Theresa May’s premiership, but her public humiliation before the assembled Conservative Party has thrust her own future into doubt.

And, just as she tries to revive Brexit talks.

May’s authority was already shattered by her botched bet on a June snap election that lost her party its majority in parliament just days before the opening of formal Brexit talks with the European Union.

But her survival has been dependent on the absence of an obvious successor who could unite the split party around Brexit and fear of an election that many Conservatives think would let opposition Labour leader Jeremy Corbyn into power.

“I don’t think anybody wants May to stay because they particularly want her as PM: I think lots of people want her to stay because the time is not yet right for what they want to happen next,” said Anand Menon, professor of European politics at King’s College London, who attended the party conference. 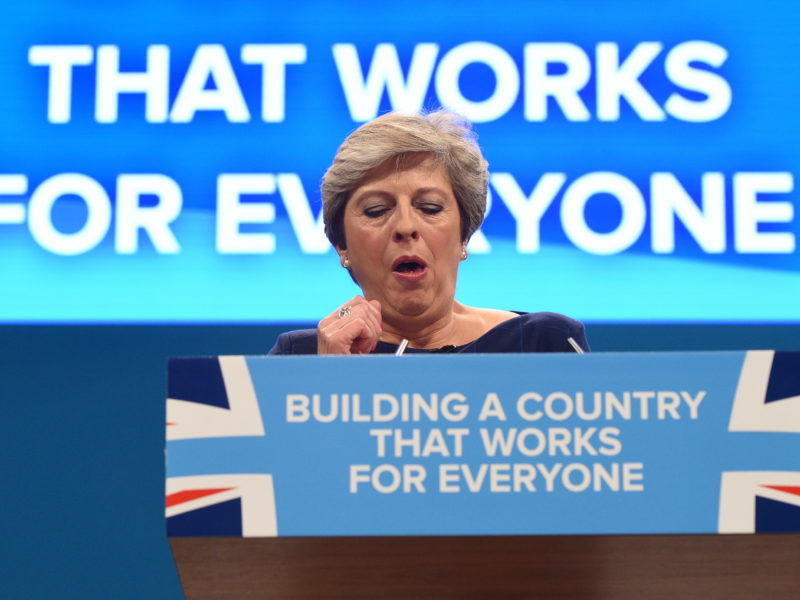 “All they are talking about behind the scenes is whether she stays or goes, and that is a massive distraction as the UK faces this unprecedented challenge of Brexit.”

Even after the speech, there is no obvious successor because of rivalries and divisions. Those most often mentioned are foreign minister Boris Johnson, finance minister Philip Hammond, interior minister Amber Rudd, and Brexit minister David Davis.

But as Conservative lawmakers decide whether to proceed with May, Britain has just over one year to negotiate the terms of the EU divorce and the outlines of the future relationship. It is due to leave in late March 2019.

If May stays, Brexit talks will be guided by one of the weakest leaders in recent British history. But if May goes, Britain would be thrust into another political crisis while the clock ticks down to Brexit.

Many business leaders — in Britain and the EU — now fear a disorderly exit that would imperil Britain’s $2.5 trillion economy, shock global financial markets and undermine London’s position as the only financial centre to rival New York.

“Yesterday was humiliating for May,” said one EU diplomat. “The whole country, the public mood in Britain is completely from a different planet. The whole island took off and is orbiting in their own galaxy. How can you turn this around?”

In one of the most bizarre British political speeches in a generation, May’s address to her annual conference was ruined by a comedian handing her a bogus employment termination letter “signed” rival Johnson, by repeated coughing fits and even by letters falling off the slogans on the set behind her.

May battled on to finish the speech and was greeted by applause in the hall and a hug from her own husband, Philip, who bounded onto the stage to embrace her.

Immediately after the speech, her spokesman said she was happy with the way it had gone. But the British media were less enthusiastic.

“May on final warning after speech shambles,” The Times front page headline said. The Guardian said: “Coughing and spluttering – May’s British dream turns into nightmare”, while the i said: “Last gasp”.

The Sun, Britain’s most popular newspaper, compared the party to the 1970s television classic “Fawlty Towers” in which Monty Python star John Cleese plays Basil who runs a shambolic hotel while complaining about foreigners.

“Like the sign outside Fawlty Towers, the missing letters behind Theresa May are an emblem of a tragicomic farce. Who needs Basil’s hotel? We now have the Tory Party,” The Sun said in an editorial.

“This entire party has come unstuck.”

Business minister Greg Clark said the Conservatives should stay cool-headed and praised May for showing guts and grace by coping with the interruptions to her speech. Spokesmen for both Downing Street and the Conservative Party declined to comment.

Many Conservative activists fear another leadership contest will exacerbate the divide in the party over Europe, an issue which helped sink the last three Conservative prime ministers – David Cameron, John Major and Margaret Thatcher.

And many worry that a leadership contest would pave the way for an election victory by Labour’s Corbyn, who they cast as a Marxist seeking to impose a socialist fantasy on Britain.

While Johnson is popular with some activists, the leader of the leave campaign in the 2016 referendum would not get the support of many Brexit opponents in the parliamentary party. Some lawmakers want a younger generation to take over but feel that no single candidate from their group is yet ready.

One Conservative activist said there was a one in three chance of a leadership challenge by the end of the year. For a challenge, 48 Conservative lawmakers need to write to the chairman of the 1922 Committee asking for a confidence vote.

The problem for May, the activist said on the condition of anonymity, was that the media will now focus on every slight mishap to cast her as a flawed leader.

“I’m finding it increasingly difficult to see a way forward at the moment and it worries me,” Conservative lawmaker Ed Vaizey told the BBC.